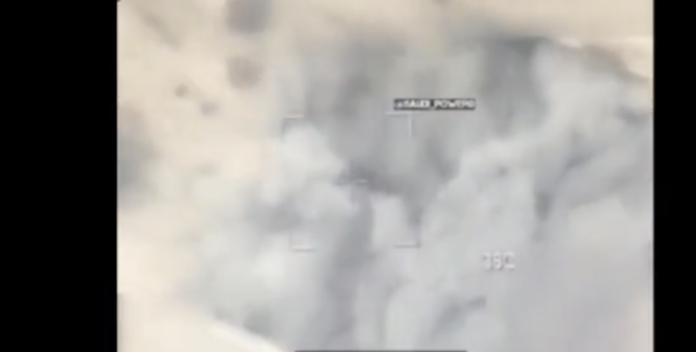 When it comes to protecting their interests, the weaponry of Saudi Arabia is just about top-notch. About this airstrike, there is no other country (besides maybe the United States) that is so good at maintaining security and making sure that their military maintains law and order.

Such was the case with a recent encounter that Saudi Arabia had with a group of rebels in Yemen. Needless to say, they didn’t give this group much breathing room, but once you understand what these rebels are about, you will find it perfectly understandable.

These rebels were a part of the Houthi group, and they were sitting in a tight formation when they were taken by surprise by the precision airstrike by the Saudi forces. They ended up passing away right where they were sitting and lying upon the ground.

Whatever meal they might have had prior to this airstrike would definitely be their last one, so I hope that they enjoyed it. Just kidding. I hope it was the worst meal they ever had.

You see, Houthi rebels are named after a particularly well-known Yemeni family, but that isn’t all that they are known for. They are also a group that is known for their ideology as well.

The Houthi rebels subscribe to a sect of Islam that can be best described simply by looking at their motto: “God is Great, Death to America, Death to Israel, Curse on the Jews, Victory to Islam.”

Thus, it is definitely no wonder that they are heavily supported by Iran and that they are an enemy of Saudi Arabia. It looks like the Saudis were definitely looking out for democracies everywhere when they performed this precision airstrike!

What do YOU think about how the Saudis took this group by surprise?