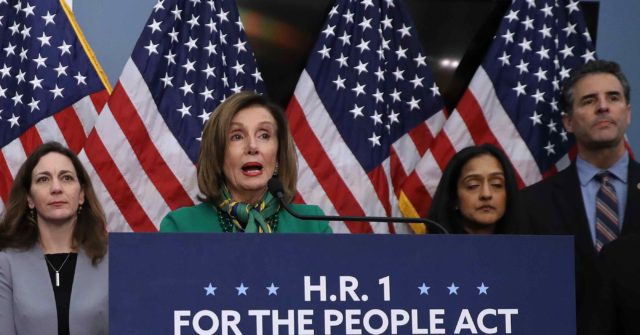 The Georgia Senate runoffs on January 5 will determine the fate of the country. If Democrats win both races, they will take control of the Senate and enact their radical agenda.

On the top of that list — literally, the first item — is H.R. 1, the voting “reform” legislation passed by Speaker of the House Nancy Pelosi (D-CA) as the first order of business last year. Every single Democrat voted for it. It has been blocked by the Republican Senate, but will certainly pass if Democrats win Georgia.

H.R. 1 is called the “For the People Act,” and like many bills in Congress, it will do the opposite of what its title suggests, destroying democratic elections in this country.

As the Heritage Foundation noted in a report on the bill, H.R. 1 would force states to accept same-day registration and universal vote-by-mail; require states to allow convicted felons to vote; and allow voters to circumvent photo ID requirements in states that have them by signing sworn statements instead of providing ID.

Passing H.R. 1 would take the flaws in the Georgia presidential vote and make them federal law.

Hans von Spakovsky told the Daily Signal that “HR 1 is one of the worst bills introduced in Congress in recent memory.” He added that its new regulations would make it more difficult for Americans to participate in elections. “Many parts of it are unconstitutional and it is full of bad and unwise provisions that will restrict free speech and grassroots political activity, as well as hamper the ability of state government to ensure the security and integrity of the election process,” he said.

The practice, legalized by Democrats in California in 2016, is illegal in most of the rest of the country because it opens the door wide to voter fraud. It also gives control over voting to the parties instead of retaining it as a public, civic process.

The only thing that has stopped Democrats from passing these massive overhauls, which would make it much harder for Republicans to win elections anywhere, is the fact that Republicans control the Senate.

With Democratic control, and the elimination of the filibuster, the Senate could quickly approve what Pelosi pushes through the House, with Kamala Harris likely casting the tie-breaking vote. They would use that legislation to protect their majorities against a backlash in 2022.

So if you are angry about what happened in Georgia in the 2020 presidential election, the worst way to express that anger would be to stay home, or to vote for the Democrats.

You may think you are sending a message to state Republican officials, who should have prevented Democrats from abusing the system. You will send the opposite message: namely, that the Democrats have a mandate to change voting nationwide, making the abuses we saw in Georgia permanent and irreversible.

You would not punish Georgia Republican officials by letting the Democrats win; rather, you would reward them. And you would allow H.R. 1 and other bills like it to pass when Democrats take over. 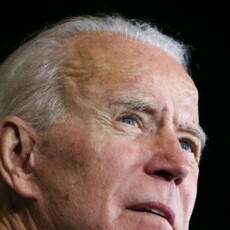 Pennsylvania Boilermakers Union Calls Out Biden: We Support Trump, Not You

I Am So Proud Of You, ASH Sir