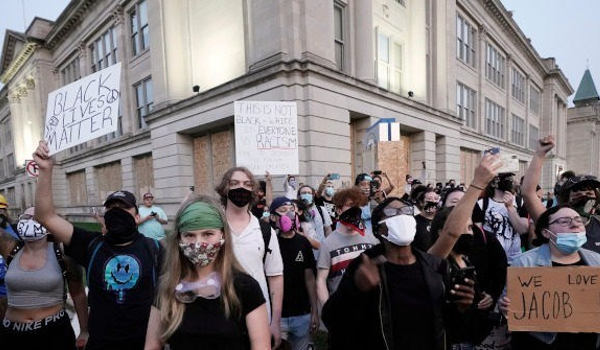 The children of BLM darkness in both Kenosha and Oakland have simultaneously started chanting “Death to America,” revealing a surprising new twist in the liberal left revolution. It appears, somehow, as if the masks have been ripped off to reveal that Iran’s Ayatollah hijacked the Black Lives Matter movement.

This wasn’t widely reported. On Wednesday night, around 700 black bloc militants and their supporters rampaged through Oakland, Cal. They chanted “death to America” while starting fires and smashing cars and buildings. pic.twitter.com/A5512gCBzU

Ever since 1979, when Ayatollah Khomeini seized power from the Shah of Iran, Iranians have been chanting “Death to America” in the streets. Journalist Rita Panahi, recalls how as she was growing up in Tehran, “her childhood teachers in Iran made her recite the phrase.” The Iranian government continues to defend use of the hateful slogan even today. While we’re used to hearing foreigners, who have wanted to do us in since the beginning, throw that phrase around incessantly, to hear it coming from American citizens is disturbing. It also proves that the so-called “spontaneous” “protest” movement is being carefully planned and financed by someone who does not want law and order in the United States of America.

On Tuesday, the folks who have been following the riots in Kenosha, Wisconsin noticed something new. Protesters gathered outside of the Kenosha County Courthouse were suddenly screaming things like “death to America,” and “kill the police.” The sight of one anarchist setting a flag on fire didn’t even catch anyone’s attention. 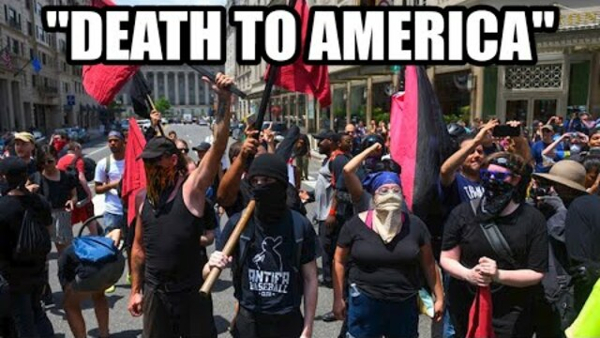 To prove that this is a coordinated effort with leadership planning each and every battle, on Wednesday, all the way over on the left coast in California, the Oakland Police Department reported that “600-700 people” took part in “violent” and destructive protests Wednesday night. They were also shouting “Death to America.” There were “numerous fires set, dozens of windows broken, multiple businesses vandalized.” As usual lately, rioters “threw objects at officers.” Thankfully, none were injured. The cops even managed to arrest a few. Conservative citizens are demanding the law and order they were promised while their elected officials are forcing death and destruction on them.

You won’t see this in the TV news

As Andy Ngo, a conservative reporter who has been following the riots closely tweeted, “This wasn’t widely reported.” Everyone knows that’s a total understatement because nobody heard a single word about the new developments until this week. “around 700 black bloc militants and their supporters rampaged through Oakland, Cal. They chanted ‘death to America’ while starting fires and smashing cars and buildings.”

You won’t see CNN or MSNBC airing any footage of hundreds of Black Lives Matter troops marching “through the streets of Oakland, California,” like an army of radicals, screaming “Death to America.” Somehow, that contradicts their narrative that this is all a bunch of “peaceful protests” over “civil rights.”

Once the videos started saturating the twittersphere, all across the nation conservatives were outraged over the death dealing anarchists setting fires, breaking into businesses and marking their territory with spray paint, while helplessly outnumbered police were forced to stand and watch instead of doing anything about it. 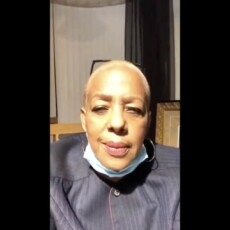 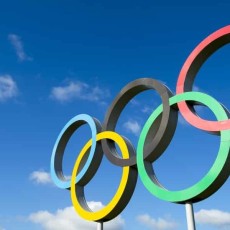 Beijing Olympics lowers COVID testing standards, otherwise, there would be no Olympics