A federal judge has struck down one of President Joe Biden’s four COVID vaccine mandates, ruling that it violates federal law to force healthcare providers to fire doctors and nurses who object to the vaccination. One mandate down, three to go.

The Centers for Medicare and Medicaid Services (CMS) issued a mandate that any healthcare provider receiving money from its programs must demand COVID-19 vaccinations of its employees, and fire any healthcare workers who do not get a vaccination. CMS is part of the U.S. Department of Health and Human Services (HHS), which is led by Secretary Xavier Becerra.

But Missouri Attorney General Eric Schmitt led a coalition of states to file a legal challenge to this vaccine mandate. On Monday, Judge Matthew Schelp of the U.S. District Court for the Eastern District of Missouri agreed with Schmidt and his fellow state attorneys general that Biden’s mandate is illegal. The judge issued a preliminary injunction blocking that mandate immediately.

Government mandates come in all shapes and sizes. The Constitution gives some matters to the federal government and assigns other matters to the states. And in our form of limited government there are many areas of life where the government has no business at all, leaving free people and free markets to make their own decisions.

To the extent vaccines could ever be mandated by the government, there are two things to keep in mind. The first thing is that the Constitution is the Supreme Law of the Land, so any such mandate is subordinate to constitutional guarantees of religious liberty, due process, and other individual rights.

The second thing is that state governments have primary responsibility for vaccines. States have “police power,” which includes the power to make laws for public health, public safety, personal responsibility, and general social welfare. 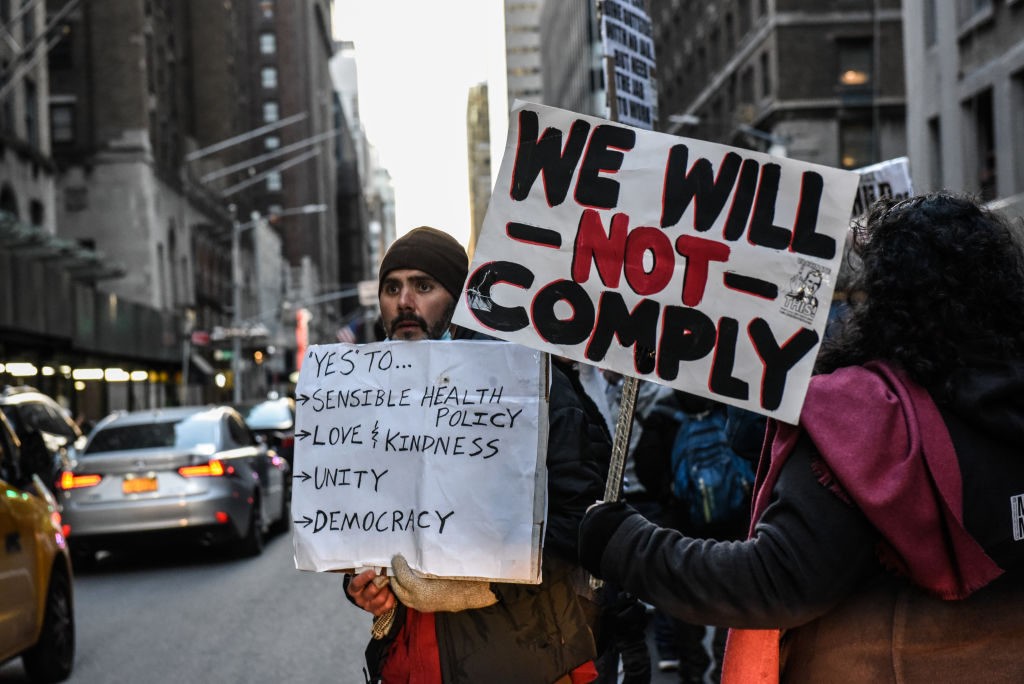 The federal government has no police power and is limited to the powers granted it by the Constitution. But the Constitution has no Vaccine Clause, or even a general Public Health Clause.

Judge Schelp schooled the Biden administration on all that, but also didn’t even get into those constitutional provisions because the Healthcare Vaccine Mandate had another constitutional flaw: It violated the separation of powers because Congress never passed a law attempting to give the executive branch the power to mandate COVID vaccines, so it doesn’t matter whether such a law would ever survive a constitutional challenge.

Instead, the Healthcare Vaccine Mandate was merely an agency regulation, one that CMS issued pursuant to Biden’s decision.

But a cardinal principle of our constitutional system is that every agency in Article II’s executive branch is made by Article I’s Congress and has only the powers that Congress confers upon it. An agency’s regulations must be authorized by Congress’s laws and must satisfy every procedure that Congress requires before that regulation has lawful authority over American citizens and businesses.

This is where Judge Schelp found the Healthcare Vaccine Mandate wanting.

First, the court held that the federal statute CMS cited for its authority did not grant such power. It was just a plain-vanilla provision saying that the HHS secretary has authority to make rules to administer Medicare and Medicaid, and the judge cited Supreme Court cases that said Congress needs to speak clearly if it intends to confer power on an agency to decide matters of major economic or political significance.

Biden’s approval rating on the Chinese coronavirus has sunk underwater after he placed vaccine mandates on mid-sized to large businesses and federal employees and contractors, according to Tuesday’s Quinnipiac University poll. https://t.co/ZPWwnMkjma

For all these reasons, the judge found the Biden administration’s argument wanting because Congress never made a clear statement on any of those fronts.

Then second, the court held that even if Congress had conferred such sweeping power, and even if such a grant was allowed by the Constitution, that CMS did not follow the law that requires CMS to give the public notice and then give the private sector time to submit comments, concerns, and objectors.

CMS claimed that the Healthcare Vaccine Mandate was covered by a narrow emergency exemption to the notice-and-comment requirement, but the court rejected that argument. Legal precedent holds that CMS’s failure to provide notice and comment is fatal to any regulation issued without it.

Now this trial judge’s decision will go up to the U.S. Court of Appeals for the Eighth Circuit, one of the most conservative appeals courts in the nation, thanks to President Donald Trump. The prospects are excellent that the appellate court will affirm this judgment, and that the Supreme Court will in turn affirm that review.

In other words, Biden’s first vaccine mandate is dead. But there are three more to go.

First is Biden’s executive order forcing all federal employees to get a vaccine. That is already being challenged in some courts, with others planned.

Second is Biden’s executive order compelling all federal contractors to get a vaccine. That is illegal for some of the same reasons, plus additional reasons. For this mandate too, challenges are underway, with more coming.

A three-judge panel for the U.S. Court of Appeals for the Fifth Circuit reaffirmed its stay on President Joe Biden’s workplace vaccine mandate on Friday. https://t.co/SrjBMmRRNj

And finally is Biden’s OSHA Mandate, forcing all employers with 100-plus employees to vaccinate their workers. The Fifth Circuit federal appeals court has already blocked that mandate nationwide, and now the Sixth Circuit court has consolidated all challenges to the OSHA Mandate across the nation under its jurisdiction for a final decision.

So freedom is on the march for matters of conscience and personal liberty. Presidents don’t make laws in this country. Congress makes laws. And everyone in government must follow the Constitution.

Biden has already learned that for one of his illegal mandates, and he’ll learn that lesson three more times in the months ahead.

Ken Blackwell is a senior advisor to the Family Research Council and a policy board member of the American Constitutional Rights Union (ACRU). Lori Roman is president of the ACRU. 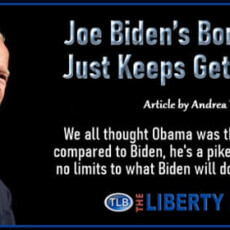