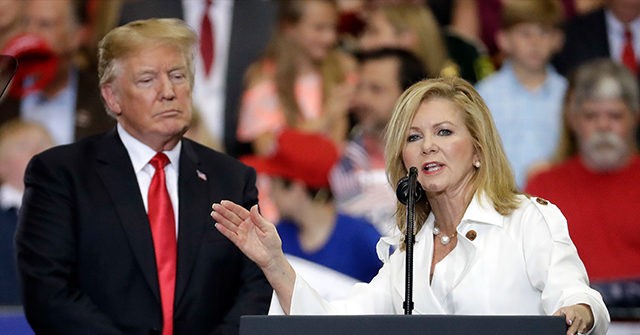 Friday, during an appearance on the Fox Business Network, Sen. Marsha Blackburn (R-TN) proclaimed the Republican National Convention held over the last week showed a contrast between Democrats and Republicans, with Democrats portrayed as the party of “doom and gloom.”

“I think it was very positive and a wonderful way to show contrast,” she said. “What the Democrats have done was depressing. We don’t believe in America as it exists today. We don’t like the Donald Trump version of America. We don’t want to change Washington, D.C. And here it was just kind of doom and gloom. And then there is all this positive. Here is what President Trump has done. Here is what he is going to do.”

Blackburn also discussed the confrontation her colleague Sen. Rand Paul (R-KY) faced departing the White House in Washington, D.C. following the conclusion of the convention. She suggested it was indicative of the direction of the Democratic Party.

“This fear and intimidation tactic, this push by the Democrats to defund the police, underfund the militarily, abolish ICE — that is a part of their platform,” she said. “This is all — you know, I thought it was interesting Maria, that Bernie Sanders during the Democrat convention and Bernie Sanders is an admitted socialist, but he caucuses with the Democrat Party. He said to the movement, his movement, look our agenda has become mainstream. They have taken our agenda. And what an admission that the Democratic Party has gone this far left, that they’re for socialized medicine. They support this defunding the police. They never stood up and supported law enforcement during their convention.”

“And you don’t hear them pushing back against the rioting and the looting and the vandalism,” Blackburn added. “And indeed it was yesterday before Joe Biden had anything to say about this. So people have distinct choices. And when I talk to women across this country, they want safety and security for their families and their communities. They want their children to be able to go back to college. They want to go back to work. They want life to return to normal. And they are aghast when they see all this looting and rioting in the streets.” 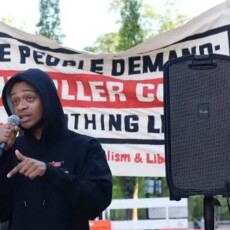 WATCH: BLM Activist Asks When People ‘Ready to Get Blood on Their Hands?’