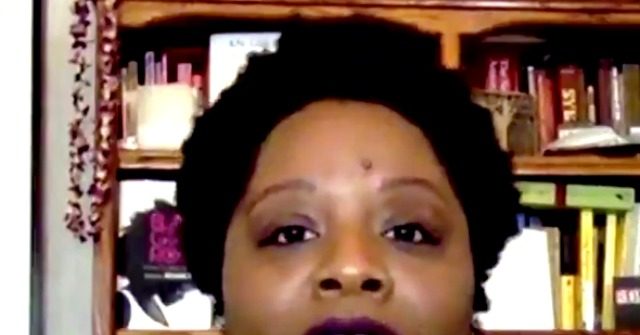 Self-proclaimed Marxist and Black Lives Matter (BLM) co-founder Patrisse Cullors called on Democrats to make “sea changes” to their party platform and adopt radical legislation that calls to defund the police force, eliminate both the Drug Enforcement Agency (DEA) and the Immigration and Customs Enforcement (ICE), and close all federal prisons and immigration detention centers, alongside various other radical demands — otherwise, “any claims of allyship and solidarity with our work to fight for black liberation are for naught.”

Cullors stated there is “an opportunity right now to right the course of history” and warned that if not careful, the Democratic Party “will miss its greatest opportunity” to lead our country to the “true American revolution.”

The radical BLM co-founder was addressing the Democratic National Convention’s (DNC) virtual party platform meeting on Monday, only weeks before the start of the summer convention. Cullors told the panel “without making the necessary recommitments and revisions, can any of you here truly stand up and say, ‘my party is the party of principles?’”

Cullors also expressed a non-compromising attitude toward adopting some of the most radical policies:

Until and unless our leaders become signatory to the BREATHE Act — to legislation that eliminates the federal government’s ability to give multi-million dollar grants to militarize police forces; dismantles punitive like ICE, Border Patrol, and the DEA; ends the use of surveillance systems being used to target protesters; and bans the use of police agencies to suppress political dissent — the Democratic Party of today will be remembered as the party of complicity. The party that refuses to sacrifice its own creature comforts and material securities to ensure it walked the walk. So before you leave today, I want you to answer this question for yourselves: Which side of history is my party actually on?

In a call following her remarks, Cullors told Axios that she and other activists are “playing the long game” and that “even if we get Trump out in November we will still be having this same conversation about police violence with Biden in office.”

Cullors also added that earlier this month, the Movement for Black Lives (M4BL) policy team met with members of Biden’s campaign to discuss the BREATHE Act.

Formulated by the radical Movement for Black Lives (M4BL) — a coalition of more than 150 organizations and championed by Rep. Ayanna Pressley (D-MA) and Rep. Rashida Tlaib (D-MI) — the bill, posted on breatheact.org, is broken into four sections that focus on reforming federal institutions and policies.

The first section calls for moves such as divesting from police agencies like the DEA and ICE, dramatically reducing the Department of Defense budget, ending life sentences and mandatory minimum sentences, closing all federal prisons and immigration detention centers, and decriminalizing and retroactively expunging both state and federal drug offenses.

The section also calls for a new program that would send trained civilian specialists, rather than police, to respond to 911 calls in order to reduce unnecessary contact between law enforcement and community members.

The next section calls for allocating new money for social equality in communities that provide equitable funding for all schools; developing school curricula that examines the impacts of colonialism, genocide against indigenous peoples and slavery; closing youth detention centers; and providing a lifetime of free access to education for undocumented immigrants, including those who are currently or were formerly incarcerated.

The final section calls for reparations for those incarcerated, including enfranchisement to vote; creating a public financing program for campaigns powered by small-dollar contributions; incentivizing states to increase voter turnout; and allowing undocumented immigrants to vote in local and state elections.

Unsurprisingly, many of the BREATHE Act’s demands resemble recommendations made by the Biden-Sanders criminal justice task force.

The task force recommendations include ending the use of private prisons and detention centers — including for immigration offenses; ending cash bail; abolishing the death penalty at the federal level; making all sentencing reforms retroactive to allow for individualized resentencing; incentivizing jail and prison closures as populations decline; restoring the right to vote for all formerly incarcerated individuals; reinstating government-subsidized grants (Pell Grant eligibility) for previously incarcerated individuals; conditioning the receipt of federal funds on the automatic expungement and sealing of juvenile records; and federal funding to create a civilian corps of unarmed first responders such as social workers, EMTs, and trained mental health professionals to handle non-violent emergencies.

Breitbart News previously reported that the task force on criminal justice reform, charged with shaping Biden’s public policy agenda and intended to guide the party’s 2020 platform, was composed of extremist members with radical views directly tied to organizations that believe America is inherently racist and must be fought through radical transformation.

Biden, long seen as a moderate, has earned plaudits from progressives in recent weeks for the aggressive recommendations made by the Biden-Sanders unity task force.

“The compromise they came up with, if implemented, will make Biden the most progressive president since FDR,” Sanders told MSNBC after the task force released its recommendations.

Sanders added that there was a “real honest effort” to find a compromise between left-wing supporters of Sanders and establishment Biden backers.

Breitbart News previously reported on the M4BL and its extreme vision for what a “true American revolution” would look like, with Patrice Cullors warning the DNC platform committee that if the Democratic Party is not careful, they risk losing the great opportunity to lead our country.

As reported, the nationwide push led by Black Lives Matter to defund the police is part of a larger radical agenda expressed in the group’s own manifesto which openly seeks a revolution to topple the U.S. capitalist system and its replacement with a socialist-style government replete with universal income, collective ownership, and the redistribution of wealth.

Additionally, Breitbart News documented Cullors — whom the DNC platform committee embraced — as the protégé of a communist-supporting domestic terrorist for over a decade, spending years training in political organizing and absorbing the radical Marxist-Leninist ideology which shaped her worldview.

On Tuesday, Biden reiterated that he would be “one of the most progressive presidents in U.S. history” during a rare question-and-answer session with the press after a speech on racial equality in Wilmington, Delaware, as Breitbart News reported.

Biden’s promises of a fundamental transformation have been made on several occasions, including:

On Friday, former congressman Phil Gramm noted in The Wall Street Journal that Biden had taken a hard left turn since securing his party’s nomination, adopting the socialist agenda of former rivals Bernie Sanders and Elizabeth Warren. As a result, Gramm said the election was no longer a referendum on Trump, but a referendum on the survival of America. 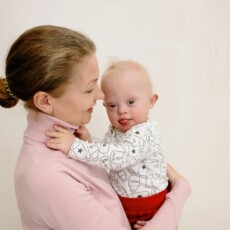