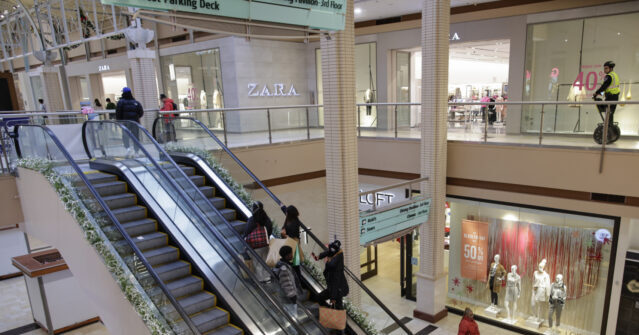 The busiest shopping day of the year is not as busy as retailers hoped.

Across the U.S., shopping malls are seeing only thin crowds, according to reports in business media. Inflation and depressed consumer sentiment appear to have dampened the holiday shopping spirit.

At Times Square in New York City, which was cloudy with occasional light rain, employees were seen waiting inside stores for crowds that so far had not arrived.

Outside the American Dream mall in East Rutherford, New Jersey, there were no lines outside stores. A ToysRUS employee was seen walking around the mall handing out flyers with a list of the Black Friday door busters.

Around 10:30am at Crossgates Mall in Albany, New York, the ultra low-cost brands and the higher-end buzzy retailers had the most foot traffic, while the middle-market stores were desolate.

Gap Inc.-owned Old Navy, which was offering 60% off most items, had a line so long that some shoppers turned around as soon as they entered the store. Athleisure favorite Lululemon Inc., which had only a few racks of discounted merchandise, and American Eagle Outfitters Inc.-owned Aerie, a popular intimates brand among Gen Z shoppers, also drew big crowds.

Meanwhile, stores like Banana Republic, Macy’s and Urban Outfitters had no lines at all, and only a handful of shoppers.

Overall, the National Retail Federation has forecast that retail sales will be up six to eight percent this year compared with last year. That is a big slowdown from last year’s 13.5 percent increase and the 9.3 percent rise in 2020. After adjusting for inflation, sales may actually be down. The Consumer Price Index is up 7.7 percent compared with a year ago.

November saw a significant decline in consumer sentiment, according to the University of Michigan’s survey. The index of consumer sentiment fell five percent below the October reading, reversing about one-third of the gain since the historic low in June. The gauge of current conditions dropped by 10.4 percent.

The consumer discretionary sector was flat for the day. It is down 33.53 percent from a year ago, making it the second worst-performing of the 11 sectors of the S&P 500. The worst is the tech and entertainment heavy sector called communication services.

Even in the U.K., Black Friday proved to be a disappointment. “Black Friday got off to a muted start in the UK, with the number of home deliveries booked down by about 5% and no surge on the high street,” the Guardian reported.

Both Reuters and Bloomberg described U.S. shopping as “muted.” 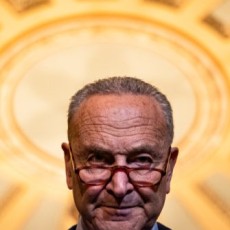 A Message of Defining Clarity from Jim Caviezel, When Freedom and Liberty are Threatened