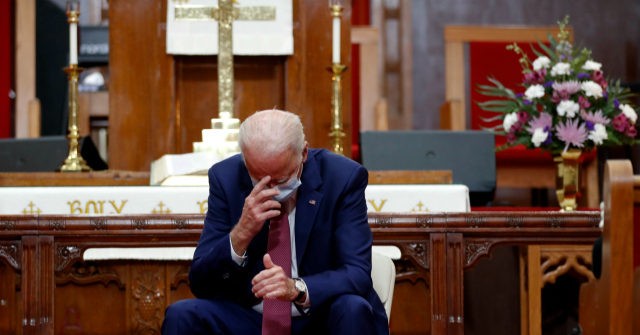 “Don’t understand how Mr. Biden can claim to be a good and faithful Catholic as he denies so much of Church teaching especially on the absolute child abuse and human rights violations of the most innocent, the not yet born,” wrote Bishop Stika on Twitter Friday.

The Catholic Church teaches that abortion is a grievous moral evil equivalent to murder, as it involves the intentional killing of an innocent unborn child. Being in full communion with the Catholic Church entails embracing its core teachings on faith and morals, something the bishop questions in Biden’s case.

The Catechism of the Catholic Church states, “From the first moment of his existence, a human being must be recognized as having the rights of a person — among which is the inviolable right of every innocent being to life.”

Abortion “is gravely contrary to the moral law,” the Catechism declares, and, therefore, a person who procures an abortion incurs excommunication from the Church “by the very commission of the offense.”

Mr. Biden has reiterated his support for abortion on demand and has promised to work to repeal the Hyde and Helms Amendments that protect taxpayers from having to fund abortions.

In a separate tweet Saturday, Bishop Stika takes aim at Biden’s running mate choice, noting — as many others have done — her aggressive hostility toward Catholics.

“And he [Biden] also praises his sidekick who has shown time and time again in senate hearings that she is an anti-Catholic bigot,” Stika writes. “So sad for this team. But also, I never thought the current President was all that pro-life but he is anti-abortion as well as helpful in religious liberty.”

Harris has tarred herself “with the brush of anti-Catholicism,” Dr. Donohue wrote in an August 14 essay, by harassing Catholic judicial nominees and subjecting them to the equivalent of a religious litmus test.

During her 2018 examination of federal district court nominee Brian Buescher, Harris suggested that membership in the Knights of Columbus disqualified a candidate for the federal bench because of the Knights’ unapologetic pro-life position, which it shares with the Catholic Church.

The National Catholic Register also warned last week that Biden’s choice of Kamala Harris as running mate may hurt his appeal with religious voters because of her “aggressive pro-abortion and anti-religious freedom record.”

In her August 15 article, Lauretta Brown observed that Harris’s position on a number of issues directly collides with Catholic teaching and thus could “spell trouble for his efforts to appeal to religious voters.”

Bishop Stika has been a vocal advocate for the right to life and has repeatedly called out the Democrat Party for its anti-life platform.

In early 2019, the bishop slammed Democrats as “the party of infanticide” for their blocking of anti-infanticide legislation in the Senate. Stika tweeted out congratulations to President Donald Trump “for his words regarding the slaughter of babies in the womb” in the State of the Union address, adding that the Democrats’ response “demonstrates that they are the Party of Infanticide.”

History will one day see them like the Democrats of the Civil War era, “who believed slaves were not human,” the bishop added. 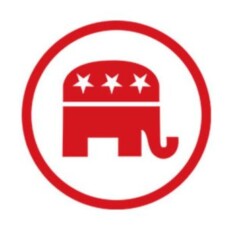