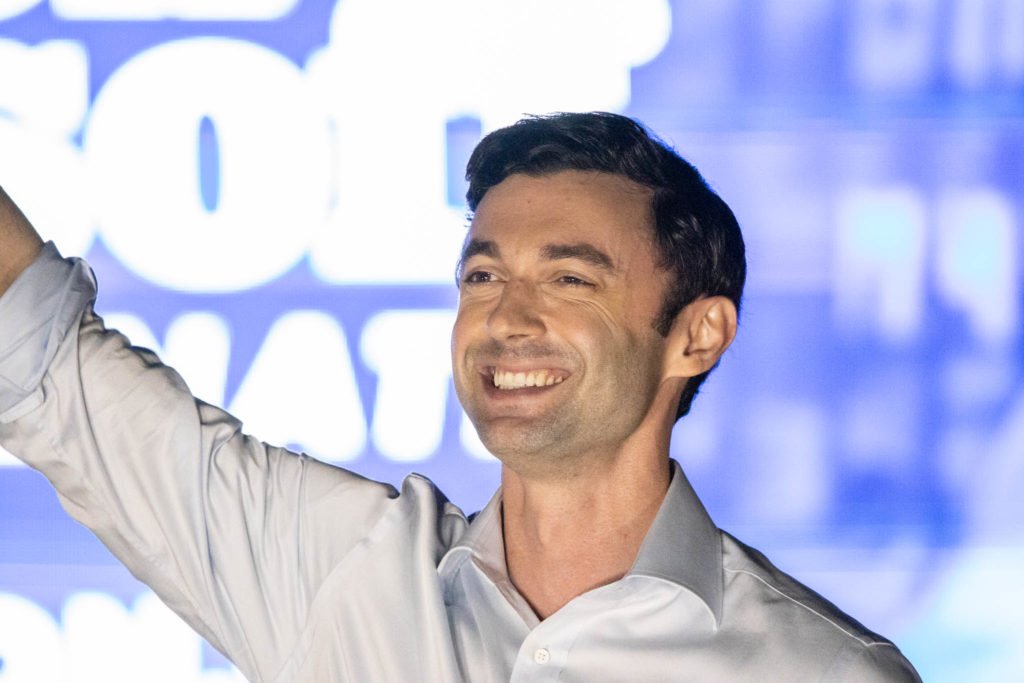 Democrats have every intention of passing the Equality Act immediately should they retake the Senate. Joe Biden would eagerly sign the bill into law, per his own insistence. That means the lives of vulnerable children are on the line in the Georgia Senate races, alongside our legal and cultural understandings of sex.

If that sounds dramatic, it’s because the Equality Act is, indeed, a dramatically radical piece of legislation. Like many bills, its innocuous name masks a sweeping and controversial mission. Taylor Swift memorably included an endorsement of the bill at the end of her grotesquely elitist music video for “You Need To Calm Down,” framing it as a commonsense measure of compassion, likely because that’s exactly how it was framed to her.

This is a consequence of the left’s complete grip on academia and corporate media. Their narrative is dangerously out of touch with reality, and it will harm vulnerable populations if the Equality Act passes, boosted by potential Democratic pickups in Georgia.

Republican Sen. Susan Collins supports the bill, and it’s likely Sen. Lisa Murkowski, R-Ak., would join her in crossing the aisle. So even if Democrats lose someone like West Virginia Sen. Joe Manchin, the legislation stands a serious chance should both Republicans lose in the Peach State.

Both Democrats on the ballot in Georgia, Jon Ossoff and Raphael Warnock, support the bill. That should be a much greater focus of this election, given that it would have immediate, sweeping consequences everywhere from schools to churches to workplaces.

When the House of Representative passed the Equality Act in May of 2019, Madeleine Kearns summarized its many flaws in National Review:

The Equality Act (H.R. 5) passed the House on Friday. The sweeping legislation would amend the Civil Rights Act of 1964 to include sexual orientation and gender identity as protected characteristics. But it goes further than that. Under the guise of anti-discrimination protections, the bill redefines sex to include gender identity, undermines religious freedom, gives males who identify as females the right to women’s spaces, and sets a dangerous political precedent for the medicalization of gender-confused youth.

I asked Inez Stepman, a senior policy analyst at the Independent Women’s Forum and a senior contributor to The Federalist, to break down the bill’s potential consequences. “The Equality Act represents the legally-enforced denial that sex differences are real and that, in some circumstances, recognizing them makes all the difference for keeping women and girls from harm,” she told me.

Here’s where it gets especially serious. “Using the cloak of ‘anti-discrimination’ language, the Equality Act will mean fewer safe places for women where they really matter, such as battered women’s shelters and prisons, as well as fewer opportunities for girls, as we’re already seeing in many states on women’s sports teams,” Stepman explained. “Those who support the Equality Act are in effect telling women that their rights to privacy, safety, and opportunity are less important than virtue signaling about supposed ‘equality.’”

Kearns raised an essential question about the bill’s likely medical effect on children. “[W]hat doctor is going to deny hormone treatments or surgeries to an adolescent seeking to have their self-professed gender identity ‘affirmed’ at a medical center — regardless of the patient’s psychological or medical history and whether or not the doctor believes it is in their best interests — when federal law requires that they not be ‘denied care because of their gender identity’?” she wrote.

It would also lead to First Amendment challenges. Alliance Defending Freedom explained this on their website. “Specifically, those who believe that marriage is between one man and one woman or that there is a distinction between the sexes would, in too many circumstances, no longer be permitted to speak or act consistently with those beliefs,” wrote Sarah Kramer. “Even worse, the ‘Equality Act’ would force individuals to speak messages that contradict their beliefs.”

In a conversation about the bill, Terry Schilling, president of the American Principles Project, argued on a recent episode of Federalist Radio Hour that while politics is downstream of culture, as Andrew Breitbart famously observed, politics also shapes culture, especially as the legal system normalizes and enforces standards.

As Stepman emphasized, some of the very spaces 20th-century feminists fought to establish will be at risk if the bill is signed into law, putting the vulnerable women protected by those establishments at risk as well. In an interview with CBN News, feminist Kara Dansky echoed that sentiment. “We’re gravely concerned about spaces – locker rooms, changing rooms, dormitories; we’re concerned about the material consequences of eradicating the category female from the law,” she said.

The women who would be directly harmed are the women the left purports to prioritize but ultimately hurts by reflexively embracing every facet of transgender ideology, conditioned to believe anything short of total compliance is bigotry. Because of this, there is no longer a serious marketplace of ideas on the cultural left, which is why bad ideas like the Equality Act are left unchallenged and calcify into dogma by default.

That’s also why the Georgia Senate races will determine whether this radical piece of legislation is allowed to zoom through Congress and impose sweeping new standards on society. This isn’t just another horserace, although the political machine conditions us to think about it that way. The Equality Act is a very big deal and a very bad bill. 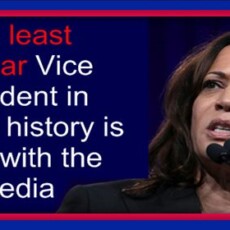 Kamala Harris Frustrated with Media for Ignoring Her ‘Depth and Thought’ 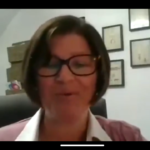