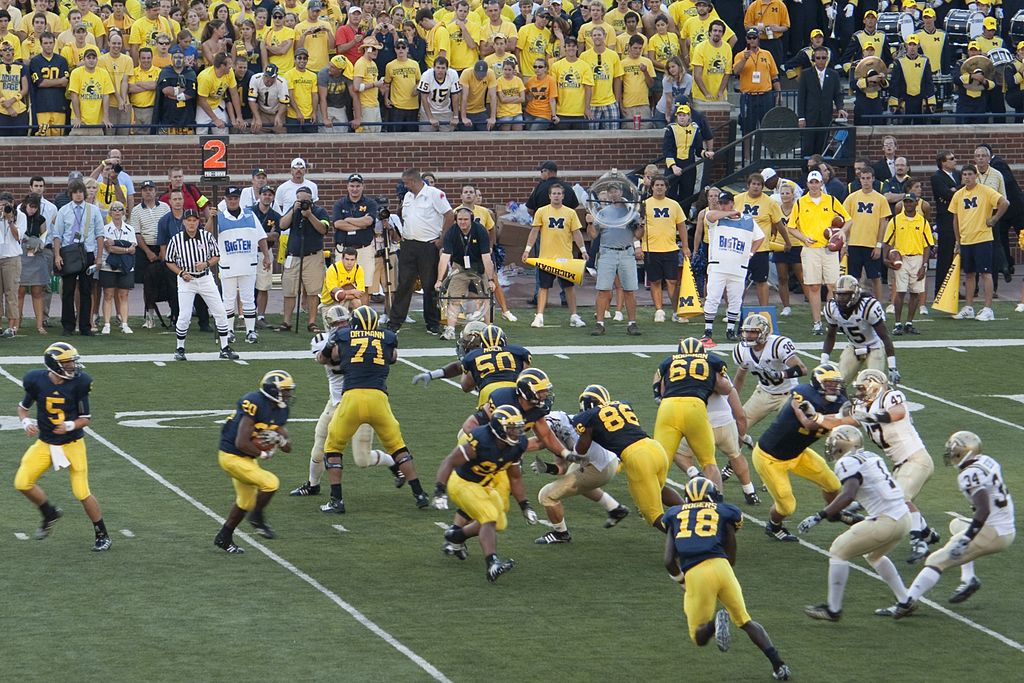 The Big Ten Conference voted unanimously to begin their fall football season after adopting “significant medical protocols” to ensure the safety of players and coaches on and off the field.

Using methods such as “daily antigen testing, enhanced cardiac screening and an enhanced data-driven approach when making decisions about practice/competition,” the conference set their sights on a return beginning on the weekend of October 23-24. A Chief Infection Officer (CInO) will be named at every school and will monitor “team test positivity rate and population positivity rate” to determine whether a team will continue to practice and play or enter a quarantine period.

Big Ten Commissioner Kevin Warren said the conference task force has worked for six weeks to ensure the health and safety of student athletes. “Our goal has always been to return to competition so all student-athletes can realize their dream of competing in the sports they love,” he said.

Dr. Jim Borchers, head team physician at The Ohio State University and co-chair of the Return to Competition Task Force medical subcommittee, said everyone associated with the Big Ten should be proud of the groundbreaking steps taken.

“The data we are going to collect from testing and the cardiac registry will provide major contributions for all 14 Big Ten institutions as they study COVID-19 and attempt to mitigate the spread of the disease among wider communities,” he added.

The conference, which houses top football schools such as Ohio State and Michigan, previously said they would not be playing again until Spring of 2021, but reversed the decision after the “Big Ten Return To Competition Task Force” assisted in creating health and safety measures to protect players and coaches, especially those who might be at higher risk if they contract COVID-19.

“From the onset of the pandemic, our highest priority has been the health and the safety of our students.  The new medical protocols and standards put into place by the Big Ten Return To Competition Task Force were pivotal in the decision to move forward with sports in the conference,” said Morton Schapiro, Chair of the Big Ten Council of Presidents/Chancellors and Northwestern University President, and Chair of the Return to Competition Task Force Steering Committee. “We appreciate the conference’s dedication to developing the necessary safety procedures for our students and the communities that embrace them.”

Season will begin on weekend of October 24th. Big win for players, coaches and fans who fought so hard to make this happen. Congrats.

President Trump praised the decision claiming that it was his “great honor to have helped” after urging the conference’s return multiple times.

Great News: BIG TEN FOOTBALL IS BACK. All teams to participate. Thank you to the players, coaches, parents, and all school representatives. Have a FANTASTIC SEASON! It is my great honor to have helped!!!

Trump previously expressed his support for the players’ return after Clemson star quarterback Trevor Lawrence and other players from multiple conferences launched the #wewanttoplay campaign on social media, calling for higher health and safety standards so that the teams could complete their season.

“The student-athletes have been working too hard for their season to be cancelled. #WeWantToPlay,” Trump tweeted in early August.

The student-athletes have been working too hard for their season to be cancelled. #WeWantToPlay https://t.co/lI3CCKZ4ID

No, I want Big Ten, and all other football, back – NOW. The Dems don’t want football back, for political reasons, but are trying to blame me and the Republicans. Another LIE, but this is what we are up against! They should also open up all of their Shutdown States.

Sen. Ben Sasse of Nebraska also specifically called on the Big 10 in early August to resume play, saying that he understood the pressures of being a university president in trying times.

“This is a moment for leadership,” he wrote. “These young men need a season. Please don’t cancel college football.”

Sen. Ben Sasse (R-Neb.) has drafted a letter that he plans to send to Big Ten presidents, identifying reasons why he believes college football should be played.@SINow obtained a copy.

According to the Big Ten’s statement, more sports such as “men’s and women’s basketball, men’s ice hockey, men’s and women’s swimming and diving, and wrestling” are expected to begin playing soon as well.