Biden’s cognitive decline continues to be swift and obvious

More video emerged on Thursday showing that Joe Biden’s cognitive decline has neither slowed nor stopped. As I’ve mentioned before, I don’t feel sorry for him because his long history of corruption, nastiness, racism, and pervy behavior disqualifies him from getting my compassion. And while I’d like to feel Schadenfreude as to the Democrats – that is, I’d like to enjoy watching Democrats struggle with a mentally decompensating president – the fact that Biden is theoretically the leader of the free world makes the situation too scary for Schadenfreude.

The latest evidence of Biden’s swift mental decomposition occurred when he appeared before the press to take questions about Afghanistan. This video is admittedly a compilation of select bad moments over a more extended time, but you’re seeing repeated examples of a man struggling to hunt down the elusive thoughts in his head so that he can verbalize them:

This was Biden’s press conference today. Is he okay? pic.twitter.com/w58YW9nBtZ

I don’t have to visit leftist websites to know the defense Democrats will offer to Biden’s stumbling speech and long pauses: Biden stuttered as a child. I’m sure that’s true. The part that Democrats leave out, though, is that Biden overcame his stuttering. We have hours of boring video footage covering decades, all showing Biden in his adult life speaking without stuttering. Even during the 2012 campaign, Biden was a smooth and fluent, if stupid and mean, speaker.

The fact that Biden is stuttering now shows that his brain’s controls and knowledge are regressing. Indeed, that’s one of the tragedies of dementia: All the skills and knowledge that a person attained throughout his life vanish. A person with advanced dementia has, in many ways, returned to early childhood, even infancy, whether it’s the loss of memories, speech, or bowel and bladder continence.

Also, did you notice that when Biden, after an endless pause, finally remembers the bit about Osama bin Laden, he does two things? First, he gives his clown’s death head grin, this one showing relief that his memory coughed up useful information. Second, he tries to take credit for bin Laden’s death.

In fact, history records that Biden staunchly opposed killing bin Laden, one in his endless list of foreign policy failures. (As former Defense Secretary Robert Gates said long ago, Biden’s “been wrong on nearly every major foreign policy and national security issue over the past four decades.”) Regarding bin Laden, in 2012, Biden himself confessed his opposition:

During a speech Friday in Maryland, Vice President Joe Biden told House Democrats that he had advised President Barack Obama against launching the raid that killed Osama bin Laden.

The president “went around the table with all the senior people, including the chiefs of staff,” Biden explained. “And he said, ‘I have to make this decision. What is your opinion?’ He started with the national security adviser and the secretary of state, and he ended with me. Every single person in that room hedged their bet except [Secretary of Defense] Leon Panetta. Leon said go. Everyone else said 49, 51, this got to be, ‘Joe, what do you think?’

“And I said, ‘You know, I didn’t know we had so many economists around the table.’ I said, ‘We owe the man a direct answer. Mr. President, my suggestion is don’t go. We have to do two more things to see if he’s there.’”

The same press conference also shows how aggressive Biden becomes when a reporter asked him about the Taliban:

Q: “Mr President, do you trust the Taliban?”

Biden: “Is that a serious question”

Reporter: “Absolutely is a serious question”

Biden: “No I do not trust the Taliban”

Reporter: “Will you amplify your answer?”

Biden: “It’s a silly question. Do I trust the Taliban. No” pic.twitter.com/TAMUazRUDr

I’ve written before about the fact that people who are losing their cognitive abilities tend to respond very aggressively to questions they can’t answer. That’s what we see in that video. It’s not a stupid question. Biden is just incapable of giving a cogent answer. Also, Biden’s always been mean, so aggression is an easy fallback for him.

While it’s tempting to enjoy the spectacle of Democrats coping with the fact that the man they installed in the White House is decomposing before our eyes and the woman who stands behind him is a dim bulb and manifestly incompetent, I find what’s happening very frightening. With Biden a mere puppet, Marxists are controlling the federal government, burning up money, and inserting their toxic racist ideas into every facet of American life – especially the military. Meanwhile, overseas, the Chinese, Russians, North Koreans, Cubans, and other nations hostile to liberty are chuckling with glee and making their plans.

This article (Biden’s cognitive decline continues to be swift and obvious) is republished here on TLB under “Fair Use” (see the TLB disclaimer below article) with attribution to the articles author Andrea Widburg and americanthinker.com.

TLB recommends that you visit the American Thinker for more great articles and info. 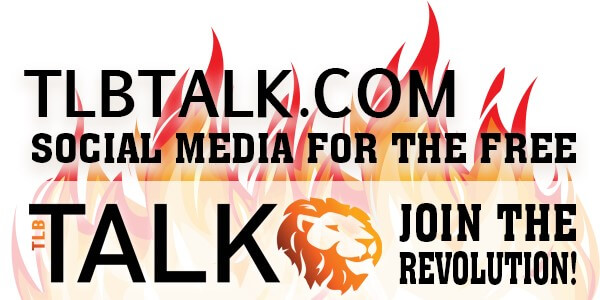 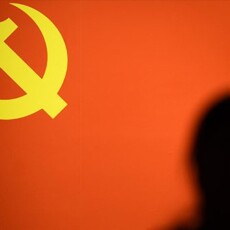