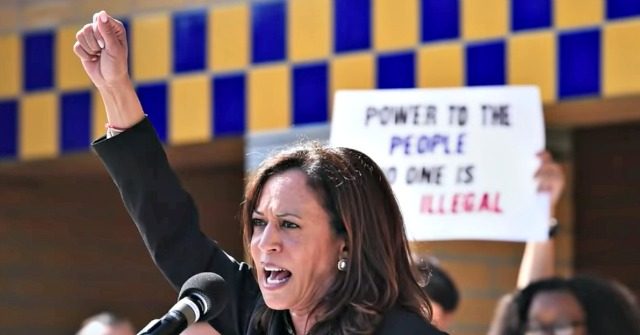 “Tell me who you walk with, and I’ll tell you who you are. That’s what our abuelos and abuelas taught us,” the ad’s narrator states as images of Biden marching with voters flash across the screen. “Now, Joe has confirmed he’s walking with the perfect company.”

“An ally and a champion of the Latino community for years, Kamala is the final piece of the puzzle,” the ad continues. “Together, Biden and Harris will rebuild the American dream and ensure a future for all.”

The ad, which is part of a broader $44 million buy meant to kick off the general election, will run on YouTube and target Latino voters in Arizona and Florida. Both states are considered prime pick up opportunities for the Democrat ticket.

Although the ad’s heavy focus on Harris is not surprising, given that the California lawmaker’s ascension to the ticket is still dominating national headlines, it also emphasizes the precarious position that Biden finds himself among Latino voters.

Since jumping into the 2020 race, the former vice president has struggled to build support among Latinos, especially younger segments of the community—many of whom favored Sen. Bernie Sanders (I-VT) during the Democrat primary.

Most of Biden’s trouble with Latino voters stems from the Obama administration’s record of deporting three million illegal aliens between 2009 and 2017. Biden, who ran heavily on his ties to the former president during the primaries, has been forced to defend the Obama-era deportations time and again.

The defense has only been accentuated by the often antagonistic manner that Biden has taken with immigration activists, as exhibited last November during a particularly heated interaction on the campaign trail.

“I will not stop all deportations. I will prioritize deportations, only people who have committed a felony or a serious crime,” Biden told an activist from Movimiento Cosecha, before suggesting that if he was not happy with the stance, he “should vote for Trump.”

Moments like that potentially explain why polls have the former vice president getting ten percent less than Hillary Clinton did in 2016 among Hispanic voters.

As such, Biden’s campaign appears to be hoping that Harris, who generated widespread support among Latinos while running for the Democrat nomination, can help bolster the former vice president’s standing within the community. Some, in particular, suggest that Harris’s own history as the daughter of immigrants and her longstanding ties to California’s Latino community will be key to the effort.

“She has a track record Latinos can have confidence in,” former Housing and Urban Development Secretary Julián Castro told NBC News last week. “She’s going to be listening and thinking about the community as she campaigns with Biden.”

What Happened When I Looked For Ancient Aliens In Roswell 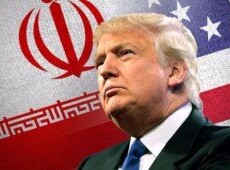 Trump Regime Maximum Pressure on Iran a Crime Against Humanity