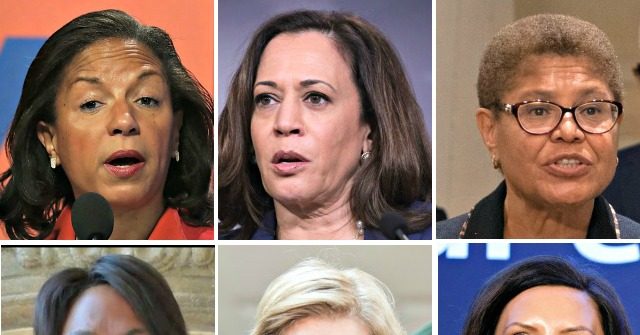 Former Vice President Joe Biden will soon make national headlines by unveiling his running mate, but many of the candidates in contention are likely to pose major political risks for the presumptive nominee’s White House ambitions.

Biden, who has promised to make history by picking a woman as his vice presidential nominee, has stoked speculation on the topic in recent months. First, the presumptive nominee asserted that whomever he chose would have to be “ready to be president on a moment’s notice.” Then, Biden followed up by having allies hint publicly at the women on his shortlist, before announcing and then ultimately pushing back his timeline for the unveiling.

Behind the scenes, the former vice president’s campaign has struggled to find the right candidate. Although there are many high-profile choices, there is no single candidate acceptable to all of the constituencies within the Democratic Party, creating the likelihood that whomever Biden picks could end up alienating the very coalition he needs to win the general election.

Rice, in particular, is a moderate whose foreign policy views are likely to be antithetical to progressives, many of whom opposed the Obama administration’s “hawkish” actions in the Middle East. The former national security advisor has also come under fire in recent days for investments her family made in fossil fuel companies, including the company that owned the Keystone XL pipeline.

“It’s troubling to see that Susan Rice has invested in so many companies that fuel climate change and in entities at odds with Democratic values,” Yasmine Taeb, a senior policy counsel at Demand Progress, told Politico, who first reported on Rice’s financial holdings.

The controversy over Rice’s foreign policy views and her investments underscores the ideological complications that have vexed Biden throughout his running mate search.

Biden campaigned for his party’s nomination as an unabashed moderate, often willing to attack Sanders and other progressive rivals for pushing an unrealistic agenda. This was the case with Medicare for All, the signature healthcare policy of the Sanders campaign. Throughout the primaries, Biden railed against the proposal, at times even accusing proponents of lying about its financial cost.

Given such attacks, Biden has struggled since winning the nomination to bring the most ardent of progressives into his camp, despite having garnered Sanders’ endorsement. As such, many believe that if the former vice president were to pick a running mate outside the party’s progressive wing, he would risk alienating such voters ahead of November.

Harris, a one time presidential rival of Biden, has been trumpeted as top contender for the vice-presidential nomination because of her fundraising prowess and national profile, both burnished by her own unsuccessful White House run.

Similar to Rice, though, the California senator has drawn criticism from the left, especially over her longstanding record on criminal justice.

Harris, in particular, has engendered criticism from activists for her tough on crime positioning as California’s attorney general between 2011 and 2016. Most notably, Harris was a firm opponent of marijuana legalization as attorney general, dating as late as 2014, and she prosecuted more than 1900 people for possession of the drug.

Despite the controversial history, Harris is still seen as more of a likely running mate for Biden, especially given her fundraising ability, a skill the former vice president did not exhibit during the Democrat primaries. The fact, though, that her ascendance could be blocked because of her prior law and order posturing indicates just how much of a vulnerability the issue poses for Democrats, especially given Biden’s authorship of the 1994 crime bill.

Harris has further struggled to convince members of Biden’s inner-circle, most notably former Senator Chris Dodd, that she would be a partner in the White House, rather than a rival for power. The ill-will towards Harris stems from the Democrat primaries in which the California senator savaged Biden for his longstanding position on busing to desegregate public schools.

Although Harris’s allies have attempted to paint such concerns as sexist, there is some indication the former vice president, himself, is still bristling over the attacks. Last month, after a speech in Delaware, a photographer for the Associated Press captured handwritten notes that Biden had made about Harris’s vice-presidential candidacy. Topping the list were the words “do not hold grudges,” seeming to intimate Biden has not yet forgotten about what transpired during the primary.

Bass, who has led the Congressional Black Caucus since last year, was a late addition to Biden’s vice presidential shortlist. The inclusion occurred as Bass was given the task by House Democrats to draft national legislation on policing reform in the wake of George Floyd’s death in police custody. The role bolstered Bass’s standing with the public and the media.

The California lawmaker, who has long fought to advance community-oriented solutions to crime and violence, is viewed among Biden’s inner circle as a team player and someone who could potentially help bridge the Democrats’ ideological divide. Apart from chairing the CBC, Bass is a member in good standing of the Congressional Progressive Caucus and has been a key supporter of Medicare for All.

Despite the strong credentials, however, Bass has something of a radical past. As a young student in the 1970s, Bass was a member of the Venceremos Brigade. The organization is alleged to have been a front group for Fidel Castro’s Cuban intelligence service. According to one FBI report, Cuba’s communist regime used the Venceremos Brigade as a tool to recruit American assets for intelligence gathering and long-term political influence.

Even though Bass denies her membership in the group means she was a communist, a bevy of more recent soundbites, including one referring to Castro as “Comandante en Jefe,” has drawn concerns the California lawmaker would prove controversial as Biden’s running mate.

Some Democrat strategists, in particular, believe that Bass could impact Biden’s already tenuous standing with Latino voters, specifically Cuban Americans in the pivotal swing state of Florida. There are also concerns that Bass’s past radicalism could alienate suburban voters, many of whom see President Donald Trump unfavorably but are generally perceived as moderates on most economic and social issues.

Whitmer, who last week flew to Delaware for an in-private meeting with Biden, is facing controversy at home over her handling of the coronavirus pandemic. Specifically, the governor’s decision to extend the state’s stay-at-home order in May elicited protests from her state’s residents.

The situation only got worse after it emerged that Whitmer’s husband tried to use his status as the first gentleman of Michigan to circumvent lockdown orders to retrieve his boat ahead of Memorial Day. The attempt, which the first couple claim was a joke gone awry, came as the governor was championing strict restrictions on boating and other outdoor activities to limit the likelihood of coronavirus transmission.

Although the issues appear to have not harmed Whitmer’s overall approval ratings, they have created fierce opposition from Republicans and some center-right leaning voters in Michigan. As such, if Biden were to pick Whitmer it would ensure a locally-polarizing political figure atop the Democrat ticket in what is tipped to be the biggest swing state this cycle. The end result of such a decision could be increased turnout among the GOP base in Michigan or Biden’s campaign alienating the state’s large blue-collar contingent, which usually backs Democrats but defected to Trump in 2016.

Apart from the local impact associated with picking Whitmer, Biden’s campaign could also wind up angering his own base. Recent polling has shown that seven out of ten Democrats would prefer the former vice president tap a woman of color as his running mate.

Warren, who vyed against Biden for the nomination throughout the Democrat primaries, is seen as a unity candidate that can bridge the Sanders wing of the party with its establishment counterpart.

Although she has expressed interest in the vice presidency as of recently, there is fear among some of Biden’s allies that Warren does nothing to help energize turnout among black voters. Warren, a former Harvard professor, struggled to connect with black voters on the campaign trail, despite generally positive notes from racial justice groups.

Some Democrat strategists worry that without an African American woman on the ticket, Biden is doomed to lose in 2020. In making the argument, many point to the drop-off in black turnout between 2012 and 2016 as the primary reason for why former Secretary of State Hillary Clinton lost.

During that race, Clinton received 88 percent of the black vote, according to exit polls. Although impressive, the numbers were significantly lower than the 93 percent former President Barack Obama garnered on his way to reelection in 2012. The drop-off was most significant in Michigan, Pennsylvania, and Wisconsin—states that went narrowly for Trump in that election after having backed Democrats at the presidential level for nearly three decades.

Recent polls indicate that Biden is underperforming among black voters compared to prior Democrat nominees.

Apart from those five most frequently mentioned in contention, there are also a series of underdog candidates, unlikely to wind up with the vice-presidential nomination, but politically risky none the less. Included among the latter list are Rep. Val Demings (D-FL), Gov. Michelle Lujan Grisham (D-NM), and former Georgia gubernatorial nominee Stacey Abrams.

Out of the group, Demings and Abrams have elicited the most attention. Abrams, whose only political experience is as a state representative and failed candidate for governor, has struck some an unable to pass Biden’s own test of being “ready to be president on a moment’s notice.” The Georgia Democrat is also facing a state ethics investigation into two voter registration groups amid allegations the organizations were used illegally to benefit her 2018 run for governor.

Demings, meanwhile, has earned the ire of some Black Lives Matter activists for her prior career as the police chief of Orlando, Florida. Activists have been quick to note that under Demings the Orlando police department saw officers use force when arresting suspects at more than double the rate of other law enforcement agencies across Florida. 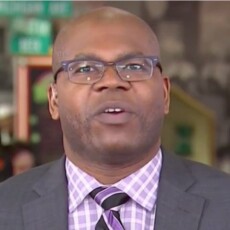 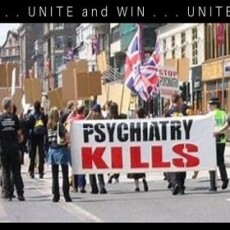 The War on Humanity – an update from the Psychiatric Front