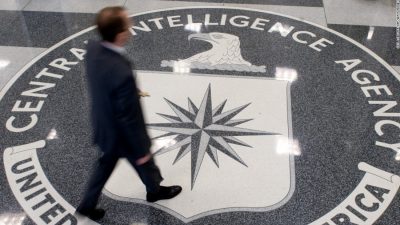 Virtually always when accusations surface against nations free from US control, no credible evidence supports them.

It’s because what’s claimed is fabricated.

In legitimate tribunals, charges without evidence backing them are dismissed straightaway.

Not in the US and other Western states, especially when targeting Russia, China, Iran, and other nations on Washington’s target list for regime change.

On December 13, Russian intelligence was again accused of conducting a major cyberattack against US private organizations, the Treasury, Commerce, and other departments in Washington.

It’s unclear precisely what, if anything, happened.

All that’s known is what US officials claim. They long ago lost credibility, why nothing they say should be taken at face value.

What’s going is all about setting the stage for tough US actions against Russia when Biden/Harris take over in January — despite no evidence of unlawful behavior by Moscow against US interests.

Accusations without verifiable evidence backing them are baseless.

Throughout Russian Federation history over the last three decades, its ruling authorities never acted unlawfully toward the US — in stark contrast to Washington’s endless war by other means on all its invented adversaries, along with its preemptive hot wars.

On Sunday, Biden/Harris chief of stafff Ron Klain said their regime when installed in January will act against alleged Russian hackers, and “not just (by) sanctions,” adding:

“(S)teps” will be taken “to degrade the capacity of foreign actors to engage in this sort of attack.”

Reuters reported that options include “financial penalties and retaliatory hacks on Russian infrastructure, people familiar with the matter” indicated.

Congressional Russiaphobes demand a tough response despite no evidence of malign actions by Moscow against US interests.

The accusation was invented, likely by US dark forces to assure Biden/Harris straightaway begins on the wrong foot with Russia when they take office — made possible by brazen election theft.

Moscow understands the futility of attempting to foster cooperative relations with the US and West.

Its good will is consistently rebuffed by extrajudicial toughness.

Virtually everyone in Washington and other Western countries know Russia poses no threat to their security and other interests.

“This is in that gray area between espionage and an attack. “

So Washington must let invented adversaries know “that if (we say) you t(ook) this kind of action, we and others will strike back.”

“I don’t think there’s any question that it was Russia (sic).”

Prospects for improved US relations with Russia, China, Iran, and other sovereign independent countries are virtually nil no matter which right wing of America’s one-party state runs things.

Claims of cyberattacks on the US “ha(ve) nothing to do with us, because Russia is not involved in such attacks…including this.”

“We state this officially and decisively.”

“As for some US actions…(they) have recently been very unpredictable, so we cannot say anything in this regard.”

According to former US National Security Agency (NSA) technical director-turned whistleblower Bill Binney, CIA hacking tools can create the illusion of cyberattacks on US interests to falsely blame Washington’s adversaries for what they had nothing to do with.

Notably, Treasury Secretary Mnuchin said “we do not see any break-in to our classified systems.”

“Our unclassified systems have been accessed. (W)e are completely on top of this.”

If Russia or other technologically capable nations wanted to penetrated classified US systems, they would have done it successfully.

Mnuchin’s statement is virtual proof of no Russian cyberattack as falsely claimed.

It’s the latest in a long line of fabricated US accusations against nations unwilling to sell their soul to Washington’s hegemonic interests.

Outgoing Trump regime AG William Barr — a figure Paul Craig Roberts slammed for selling out DJT — joined with other Russiophobes in falsely blaming the Kremlin for cyberattacking the US despite no evidence proving it because there is none.

At a Monday news conference, he was largely tight-lipped in saying the following:

“From the information I have, I agree with Secretary Pompeo’s assessment” — referring to his dubious claims about Russian hacking.

“It certainly appears to be the Russians, but I’m not going to discuss it beyond that.”

When accusations are unsupported by verifiable evidence, they’re groundless.

Suspiciously timed claims of cyberattacking the US by Russia appear all about preventing Biden/Harris from pursuing improved relations with Moscow — it’s virtually certain they wouldn’t do anyway other than perhaps tinkering around the edges of bilateral relations.

US hostility toward Russia and other sovereign independent countries is longstanding.

No evidence suggests a softening of this position ahead — no matter which right wing of the US one-party state runs things. 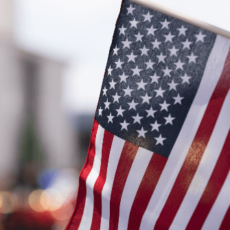 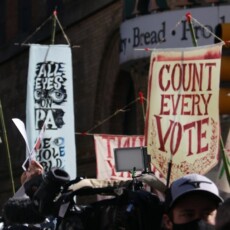