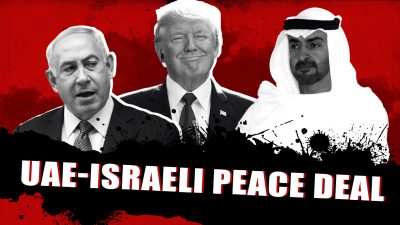 It certainly was dramatic, as US President Donald Trump announced in the White House Thursday an agreement by the United Arab Emirates and Israel to move to full normalisation.

But is it really a harbinger of wider peace in the Middle East? Or rather, something to cause us all great concern, as three of the region’s most militaristic and aggressive powers join forces?

In reality, this is the latest reminder that American diplomacy in the Middle East remains driven mainly by Israeli priorities and US domestic politics, now made more combustible with the addition of aggressive Emirati policies.

One hint about what the world witnessed Thursday was the collection of white men in the room with Trump, including his senior adviser Jared Kushner, US Ambassador to Israel David Friedman, and Brian Hook, the US State Department’s special envoy for Iran, whose maximum pressure campaign against Iran will go down in history as one of the greatest diplomatic failures in recent history.

These and other men in the Trump adulation society are defined by their commitment to three factors that have little to do with “advancing peace in the Middle East region”. Those three factors are deep commitments to Donald Trump’s personal ambitions, the state of Israel in its current expansionist, colony-building mode, and an exaggerated enmity towards Iran.

On all three counts, a majority of Americans, according to pollsters, do not share those three views. This typifies the trends in Israel and the UAE also, where the public’s views do not count. But this is politics, in the White House, during a presidential election year, where Israel essentially writes the script that Trump reads.

Assorted Arabs – in this case showcased Emiratis and nonexistent Palestinians – are just convenient props for an electioneering mini-rally, whose key audience is the Christian evangelical voters and some extremist American Zionist donors who are crucial for Trump’s reelection hopes.

The White House event was more like a cult gathering to heap praise on the leader than a serious move into Arab-Israeli peace-making, including Trump’s own suggestion that the agreement be named after him and the suggestion by one of his senior officials that he be nominated for the Nobel Peace Prize.

The announcement was generally received positively in western media because the American public is as ignorant of Middle East realities as their president is, and they respond to hope-filled clichés about peace and prosperity. The agreement’s throbbing heart – moving towards formal UAE-Israeli relations – only gives a public face to Israeli-Emirati quiet cooperation that has been going on for a few years.

Even if a few other worried Arab states formalise relations with Israel, this would only expand the gulf between rulers and ruled in most Arab countries, adding new tensions in an already wobbly region.

The tripartite American-Israeli-Emirati statement that Trump read out, which was clearly based on an Israeli first draft, talks of the three states launching “a Strategic Agenda for the Middle East to expand diplomatic, trade, and security cooperation,” because the three “share a similar outlook regarding the threats and opportunities in the region.”

This should cause most people in the region to worry, given the militaristic and authoritarian policies pursued across the region in recent years by Israeli Prime Minister Benjamin Netanyahu, and Emirati Crown Prince and effective leader Mohammad bin Zayed, such as in Syria, Lebanon, Iran, Qatar, Iraq, Yemen, Libya, and other lands.

Along with the US, the combined policies of these three countries probably have been the primary driver of tension, warfare, death, and destruction across the Middle East — with their apprentice regional mischief-maker Saudi Arabian Crown Prince Mohammad bin Salman seeking entry into the club.

The “similar outlook” they share does not acknowledge that majorities of Arabs resist Israeli territorial expansion and subjugation of Palestinians. Most Arab leaders fear allowing their people to express themselves freely, and instead seek protection via security and surveillance-based associations with the US and Israel, among others.

The Arab states have suffered a century of erratic development and, recently, growing poverty, warfare, and authoritarianism, for the most part because their leaders focus primarily on assuring their own incumbency, security, and wealth at the expense of their own people’s political, economic, and civil rights.

No wonder we are in a decade of nonstop mass protests to remove the rulers across the Arab region. Sudan, Algeria, Lebanon, and Iraq are the latest examples.

Rather than promoting prosperity and people-to-people relations, as promised, this agreement is more likely to spur greater polarisation within and among Arab states, heightened militarism, and perhaps ever more fantastic American interventions.

The Arab authoritarianism that the American and Israeli governments support without exception cannot be camouflaged under snake oil salesmen’s tricks like the tripartite agreement’s pledge by Israel to “suspend declaring sovereignty over territories” in the occupied West Bank and Jerusalem.

Netanyahu immediately said after the announcement that he would continue to annex Palestinian lands. “It’s not off the table, not as far as I am concerned,” he said, referring to the annexation policy that the US supported in a January White House ceremony on the Trump Vision of Peace plan.

An Emirati diplomat attended that ceremony in January, but basically hid in a corner in the back with two other Arab diplomats, because they needed to support Trump but knew very well that such support for Israeli annexation of Arab lands would only elicit greater hostility to the UAE among Arab people.

Most Americans are not aware that Israel in fact had already suspended its annexation plans after major countries and international organisations said they would punish Israel if it carried out such flagrantly colonial and illegal annexations. So the apparent Israeli concession in this agreement is, like most Israeli and American moves related to Palestine, a lie or a delusion.

The American and Israeli assumption that Israel would be welcome in the region while it continued to occupy and colonise Arab land may pertain to a few individual Arab leaders who are scared of their own people, but it is totally untrue of the Arab people for the most part. Surveys in recent years routinely show that large majorities of around 75 percent of Arabs would normalise ties with Israel only after a Palestinian state came into being and the Palestinian refugees’ claims were resolved.

So it is striking that the US and Israel refuse to deal on the basis of the 2002 Arab Peace Initiative in which all Arab states offered peace and normal ties with Israel if it responded to Palestinian rights and left the occupied Arab lands it holds.

The path to regional peace, prosperity and security for Arabs, Israelis, Iranians and all others does not pass through settler-colonial extremists in the White House or frightened Arab leaders who refuse to trust their own people. It requires a commitment to equal rights for all under international law, which was nowhere to be seen in the White House drama on Thursday.

Rami G. Khouri is senior public policy fellow, adjunct professor of journalism, and Journalist-in-Residence at the American University of Beirut, and a non-resident senior fellow at the Harvard Kennedy School’s Middle East Initiative. Follow him on Twitter: @ramikhouri 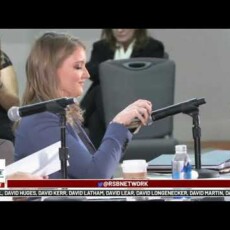 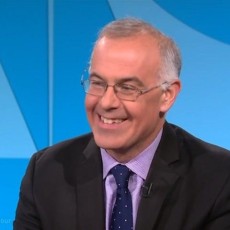 Brooks: Russia’s Military Will Probably Have ‘Disheartening Successes’ But ‘Faith Has Been Restored’ in Biden