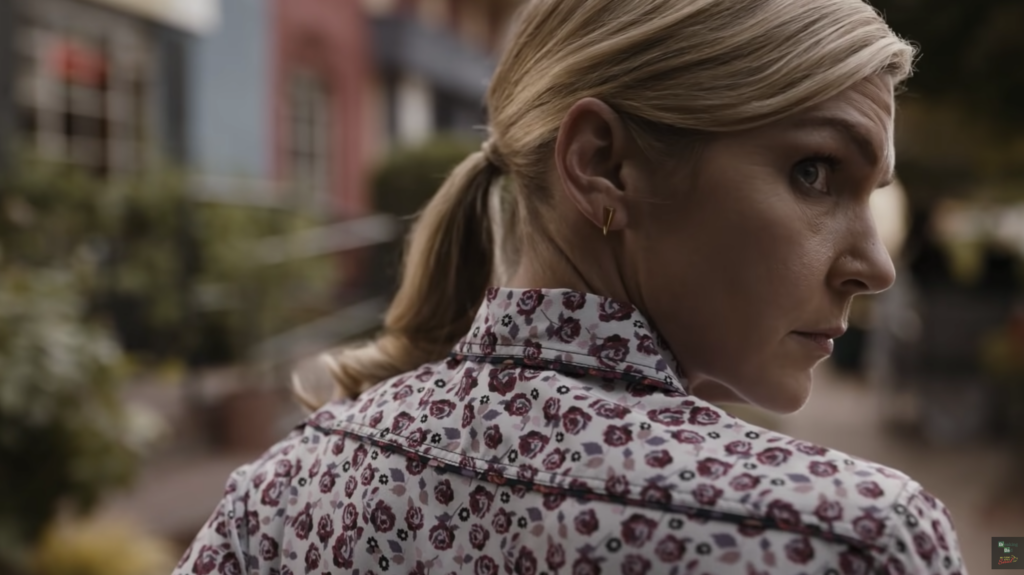 Vince Gilligan loves processes, as shown by the lovingly crafted and meticulously detailed sequences of manufacture that often open episodes in both “Better Call Saul” and “Breaking Bad.” (As an aside: “Vince Gilligan’s How It’s Made” needs to happen on Discovery Plus.) How does nature achieve an outcome? How does a human being achieve corruption? Gilligan is obviously interested in these questions, but his characters and shows up until this point have evinced a somewhat deterministic view of the answers.

The opening moments of Season 6, Episode 7 of “Better Call Saul,” “Plan and Execution” (more on that wickedly fitting title below) depict two processes: the first, a methodical look at how Lalo has been conducting his reconnaissance of the laundry, and the second, Jimmy’s characteristically less controlled attempt to salvage his and Kim’s broken plan to destroy Howard. It is a testimony to the quality of this show that, over the course of the first forty-seven minutes, it was able to dissipate the foreboding that might have settled upon someone familiar with this universe.

If this episode resembled anything (other than a slightly darker, but no-less-funny-in-its-own-way “Leverage” episode in which an elaborate con is perpetrated), it was the excellent “Breaking Bad” Season 5 episode, “Dead Freight,” a heist episode that, for much of its runtime, played like a neo-western “Ocean’s Eleven,” until the devastating final minute, in which the viewers were reminded of just what moral universe they were in. In both that episode and this one, the characters engage in corrupt processes geared toward corrupt outcomes, and the innocent ultimately pay the price.

This episode’s final minutes attached consequences to the moral arc of the one character in this universe whose corruption for so long seemed least assured: Kim Wexler. The punchy nature of the show’s title notwithstanding, perhaps a better name for this season of “Better Call Saul” might have been “Kim Too Shall Fall,” for that, when all is done, may well be what we are witnessing.

Unlike Walter White in “Breaking Bad” or even Jimmy McGill/Saul Goodman, Kim Wexler is not a character whose fall seems inevitable after the fact, and that makes its occurrence even more tragic. Walter White and Jimmy/Saul’s fatal flaw was, for both men, their pride, which manifested itself differently in each man. For Walter, it appeared as a kind of petulant arrogance mixed with viciousness that was perhaps most memorably displayed in his statement that “I am the one who knocks,” although it was also subtly evident even in the first episode of “Breaking Bad.”

In Jimmy’s case, the pride seemed to be a familial trait shared with his brother Chuck (and compounded by a certain laziness in Jimmy). Kim Wexler, however, had no such fatal flaw evident from the beginning. To the contrary, Kim seemed to possess nothing but virtues: patience, kindness, and diligence.

Whether it was rising above the horrendous behavior and example of her mother, enduring the slights and denigrations visited on her by HHM, or advocating zealously for her needy criminal defense clients, Kim Wexler was so often the antithesis of main characters from cable dramas over the last twenty years. Where cable TV’s classic leading men from Tony Soprano to Don Draper to Walter White would, time after time, turn into the darkness and excuse their own actions as necessary, unavoidable, or simply not their fault, Kim consistently embraced her personal responsibility and was different because of it.

Where then, were the seeds of Kim’s destruction planted? Perhaps the answer may be found in a line famously spoken by Mike Ehrmantraut in Season 3 of “Breaking Bad”: “No more half measures.” Throughout the run of the show, Kim’s patience and love for Jimmy have been defining characteristics and have served as a beacon of hope for Jimmy (if not, for obvious reasons, the audience).

Kim was always the person who respected Jimmy and would tell him the truth, but out of a place of true love. However, as the scope of Jimmy’s own corruption became ever more apparent to Kim over the course of Season 5, she failed to identify and accept that Jimmy would never change and that he could only sink her. Kim’s failure to “put the evil away from among [her]” left her dangerously exposed and, in a kind of spiritual/moral jiujitsu, turned her greatest strengths (her patience and love) into her most glaring weakness.

With an open door to evil sleeping right next to her, it was inevitable that, at some point, an irresistible temptation would materialize in the person of her spouse. Like Walter and Jimmy, Kim’s suppressed pride finally surfaced to strike the initial blow, but it cloaked itself in the righteousness of punishing Howard Hamlin for his own pride. In this way, Kim was able to embrace this new goal wholeheartedly, as it likely appealed to some of the same instincts that made her a great public defender.

Like the great persecutors in history, Kim pursued this end with a diligence and a sense of righteous zeal that horrified a more average sinner like Jimmy. Bob Odenkirk’s wonderful nonverbal performance in Episode 2 of this season portrayed this beautifully as Jimmy watched Kim force the hapless Kettlemans to aid her plan with a cold intensity that Jimmy could scarcely fathom. Ultimately, Kim blinded herself to the true nature of what she was doing and could not comprehend, when Jimmy jokingly suggested it, that she and Jimmy might be the “wicked” referenced in Proverbs 28:1. Jimmy might have been the impetus for everything that has happened so far, but Kim’s virtues provided the final push.

The Consequences of Evil

In this episode, everything culminates in five of the tensest minutes in the show’s history, rivaling Lalo’s first visit to the couple in Season 5. First, there is the surprise that it is indeed Howard knocking on the door. For a moment, Jimmy’s ambiguous reaction at the open door created the impression that it might have been Lalo. Here, Howard enters the home and delivers his moral verdict: Kim and Jimmy are soulless.

During both this statement and Howard’s revelation about the state of his marriage, the couple’s respective reactions are telling. Jimmy’s face betrays feelings of surprise, pity, and perhaps a touch of guilt, while Kim’s betrays nothing. It is Kim, after all, who is closer in temperament to Howard, Chuck, or Lalo than Jimmy. Chuck’s method of stilling soda in a can (controlled centrifugal force) perfectly describes the focused fury of Kim, Howard, Chuck, and Lalo.

What are we to make of Howard’s assertion? If we the audience are honest at this point, it may be hard to disagree with Howard’s conclusion, but before we are allowed to fully assess his statement, the devil of this story reappears to ensure its truth. Lalo, the character who existed for so much of this season around its fringes, makes his presence and the weight that he will bring to bear on the rest of the show known in a massive way when he summarily executes (in keeping with the title) a drunk and confused Howard while Jimmy and Kim look on in horror. The evil bred by their corrupt choices over the last five and a half seasons is fully grown and ready to claim them.

The coming showdown between Lalo on one side and Gus/Mike on the other will be a titanic conflict, but it will not be a battle. When all is said and done, one predator will live and the other will (likely) die. The real battle may already have been lost. Howard may not have been completely correct that Kim is already soulless, but with events as they currently stand, she may be inescapably on the path.

Daniel Ross is an attorney. He lives with his wife in Chicago. 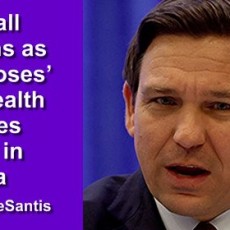 DeSantis: There Is No Place In Florida For “C19 Theater” [Video]

Sweden Bans Travelers From Israel, One of the Most Vaccinated Nations