Linked within this short observation is a link to a recent interview at a X22 report.

I doubt if more than a handful of lawyers in Australia have heard of these proceedings.

To save finger tapping I ask readers to just scroll down to the link and listen to Dr Janda for the 20 minutes or so to appreciate the history and present situation with a decision to be handed down by the court shortly.

The proceedings are truly a disgraceful example of the abuse of power by a rare example of the judiciary in the United States. The judicial system is being used to prevent Flynn from exposing systematic corruption at high levels in the US hierarchy over many decades.

As a retired barrister practicing in criminal law, I express my deep concern for the conduct of the original prosecution of General Flynn, now being exposed as a tragedy in the administration of justice in the United States.

I suggest that It is every lawyer’s duty in Australia to be acquainted with this injustice so that it is not perpetrated as a precedent here in Australia in the prosecution of any criminal case in the Commonwealth.

What happened in this courtroom is hugely significant, and sends a chilling message.

Dave Janda was listening in on proceedings via phone, and said it was simply a “goat rodeo.” As Janda says in the interview:

“It was a hearing that should have lasted, according to my friends who are in the legal profession … anywhere between 15 minutes and at most an hour… Flynn had not lied and that evidence had been tampered with and edited. And that evidence that showed his innocence, what’s called exculpatory evidence, was withheld from General Flynn and withheld from the court and the justice department…”

All prosecutors of any criminal case are duty-bound in Australia to ensure that any exculpatory material discovered in any investigation must be served upon any accused charged with a crime.

This hearing, which was to move on the motion of dismissal of all charges, turned into the most horrendous example of a failure to apply the law. This is exemplified by the abominable corrupt charging and prosecuting of General Flynn and a Judicial attitude to promote the original injustice contrary to the prosecution wishing to not proceed.

I bring this to the notice of my past colleagues, and in the public interest.

Please listen to the first 20 minutes of the interview:

David H. Janda, M.D. was a practicing orthopedic surgeon based in Ann Arbor, Michigan before his retirement in January 2017. Dr Janda currently hosts The Operation Freedom Radio Show which broadcasts every Sunday from 2-5 PM Eastern. 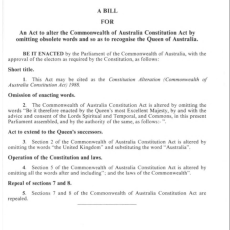