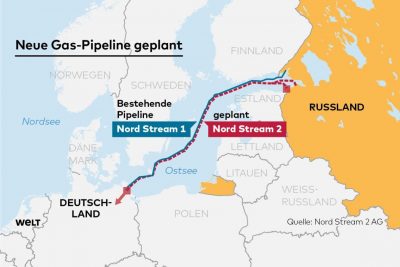 Although the U.S. can threaten Germany, now during the American election campaign, threats cannot prevent the construction of the Nord Stream 2 gas pipeline between Russia and Germany. It is interesting to observe how for the first time this century Berlin is resisting demands made by Washington.

After the U.S. State Department included the Nord Stream 2 gas pipeline as a project that could be sanctioned, the Minister-President of the German Province of Mecklenburg-Vorpommern, Manuela Schwesig, said that Europe should make it clear to the U.S. that threats of sanctions are unacceptable. Earlier, the German Bundestag announced that due to the American threat of sanctions, they are considering the possibility of filing lawsuits with various courts and also address the United Nations, because it is a threat to a sovereign state and a violation of its rights. The American threat does not refer only to the companies, but also to the government institutions that approved the realization of the project.

It is clear that Schwesig in her comments was acting as a spokesperson for German Chancellor Angela Merkel and sent a clear message to Washington. It is obvious that Washington is accustomed to Europe unconditionally satisfying their interests and meeting every request and pressure they demand. The situation in international relations in the post-Cold War era, with the strengthening of multipolarity, has changed significantly. This is evident since the U.S. is now threatening allies if their interests do not perfectly align. Germany has a clear interest in completing Nord Stream 2 – it will provide an energy hungry Germany with energy stability.

Although Washington-Berlin relations may be tense, because of the election campaign, the U.S. is unlikely willing to go so far as sanctioning a so-called ally state. The scope of American pressure on Germany will be limited and it cannot be expected that the Democratic-Liberal bloc will in anyway support any intentions of U.S. President Donald Trump on foreign policy issues, including Nord Stream 2.

Given that the election campaign is underway, the range of its pressure on Germany is limited and Nord Stream 2 will certainly be completed. The project has already been delayed to some extent because some companies withdrew from the job of laying pipes due to financial threats, so Russia organized other pipelayers there to ensure its completion. In a more serious political sense, apart from punishing companies that participate in the construction of the Nord Stream 2, Washington will not be able to take any other effective measures to disrupt construction.

Berlin will certainly not be willing to give up on the project that it has already invested €10 billion so far, especially now that it is in the final phase as the pipelines to be laid is on a stretch of less than 200 kilometers on a route that is more than a thousand kilometers long. The German economy is very dependent on Russian gas and energy, which cannot be replaced in its entirety with very expensive American liquefied gas.

Germany is starting to show resistance that it has not shown so organized this century so far, and it is trying to encourage other Europeans to stand up against American threats of sanctions. Some companies have already left Nord Stream 2 because they believe that as the project is nearing completion, if they do not give it up, they will lose contracts on the American market in the long run. Germany wants to bring this issue before the United Nations Security Council, but it is a path that does not bring much hope for them as the U.S. has the right to veto. However, it is interesting as this is the first time that some kind of tougher resistance against the U.S. is shown.

Germany could impose more rigorous sanctions on American products that are in the European market, but that is a major risk as Germany largely depends on the American market, which is the most important one for it after China.

Therefore, the Nord Stream 2 gas pipeline is an important and expensive project for Germany, not only in the economic sense, but also in the political one. Germany is trying to make some kind of compromise, but the question on who will soon be in the White House will depend on how to move forward in Berlin-Washington relations. Germany surrendering Nord Stream 2 would not only be a huge loss of money invested, but its economy would not be able to compensate for the amount of energy it needs. It is for this reason that Germany is willing to risk sanctions from the U.S. and does not question scrapping the Nord Stream 2 project. 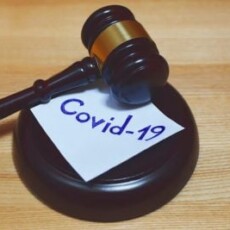 Are the COVID-19 Vaccines and Emergency Measures Still Legal? 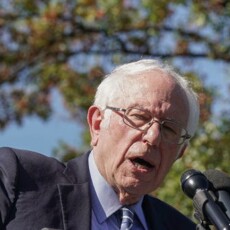 Sanders: Next Reconciliation Bill Will Deal with Climate Change