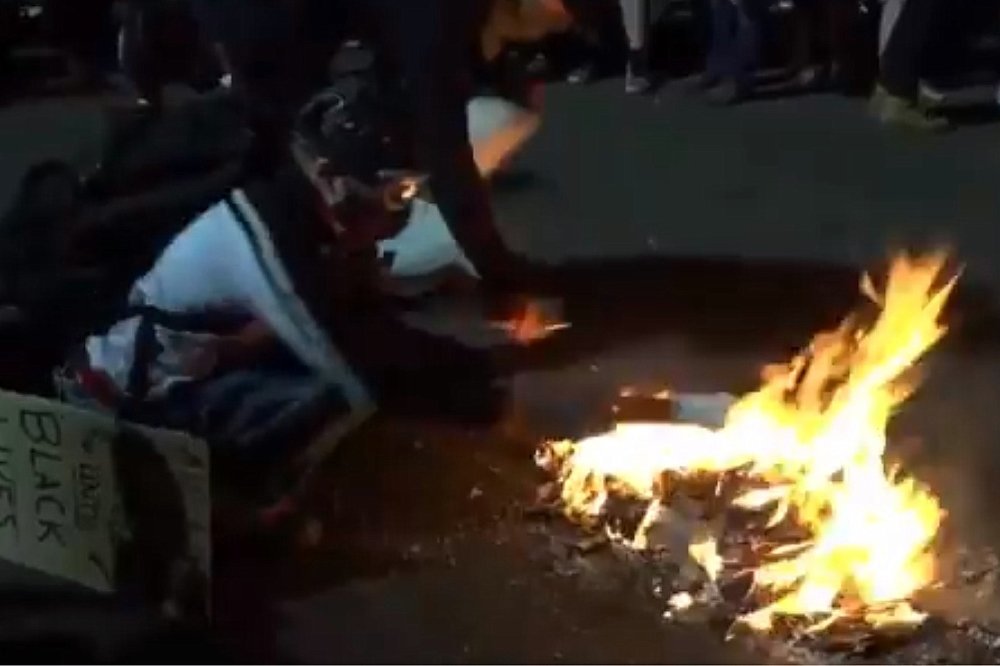 In a whirlwind 24 hours, a University of California-Berkeley professor advocated for looting and burning books, backtracked, suggested books from opposing viewpoints are what’s really fascist, and finally, retaliated by boasting about her sexual exploits the night before.

The day started with Professor Grace Lavery joining a social media dogpile to censor a book from author and WSJ contributor Abigail Shrier, whose book, “Irreversible Damage: The Transgender Craze Seducing Our Daughters,” explains how non-transgender children, particularly girls, can be coerced into irreversible surgeries through societal pressure. Appearing to misunderstand the argument of the study, left-wing activists, including the ACLU, pressured both Amazon and Target into censoring advertisements for and banning the book respectively.

Lavery took a different route to getting rid of the information. “Since some ppl have misunderstood my tone, and censorship is an important matter and as a public educator I have a duty to be precise, let me clarify,” the professor tweeted. “I do NOT advocate defacing library books. I DO encourage followers to steal Abigail Shrier’s book and burn it on a pyre.”

“Plz make sure you use a safe pyre, and that you have an extinguisher to hand,” Lavery continued. “Be safe, when you are burning books. Remember: all you’re doing is removing a commodity from circulation—much as one might destroy a contaminated crop, or take action if a distributor failed to do so.”

After Shrier herself and other writers pushed back on the proposition, which echoes book burnings used by Nazis to purge information from enemies of the state, the professor sent out a storm of tweets, beginning by calling her critics “the fash.” She then denied she was advocating for book burnings, calling it a joke and immediately proceeded to use Marxist theory to defend book burnings.

My argument is a theoretical one: books are commodities, made of paper, ink, and glue. One cannot destroy the form of a commodity by destroying the object. Capital makes us think a commodity “contains” some essence of the labor that produced it—this it its “fetish-character.”

According to Lavery, it is Shrier’s research that is acting as a “fascist” censor. The professor alleged the fair comparison to Nazi book burnings was Shrier’s book itself, calling it “the erasure of knowledge.”

Or indeed the erasure of those lives indicated by the phrase “transgender craze that’s seducing our daughters,” which sounds fascist because it is. pic.twitter.com/K3gNcXiAyC

Shier and her work are supportive of the rights of adults to have sex transition surgeries. The book specifically focuses on the concept of irreversible hormonal and surgical experimentation on minors.

The professor charged with informing students at one of the country’s top universities ended her comprehensive argument by stating none of the above in fact matters, as she’d had “AMAZING” sex the night before.

First this Berkeley English professor urged everyone to burn @AbigailShrier book. When commenters pushed back, she retaliated by boasting about the hot sex she had last night. 😬 https://t.co/0uIvAeOFVW

The University of California-Berkeley did not respond to a request for comment on their employee’s tweets, and whether they accurately constitute the institution’s views on censorship.