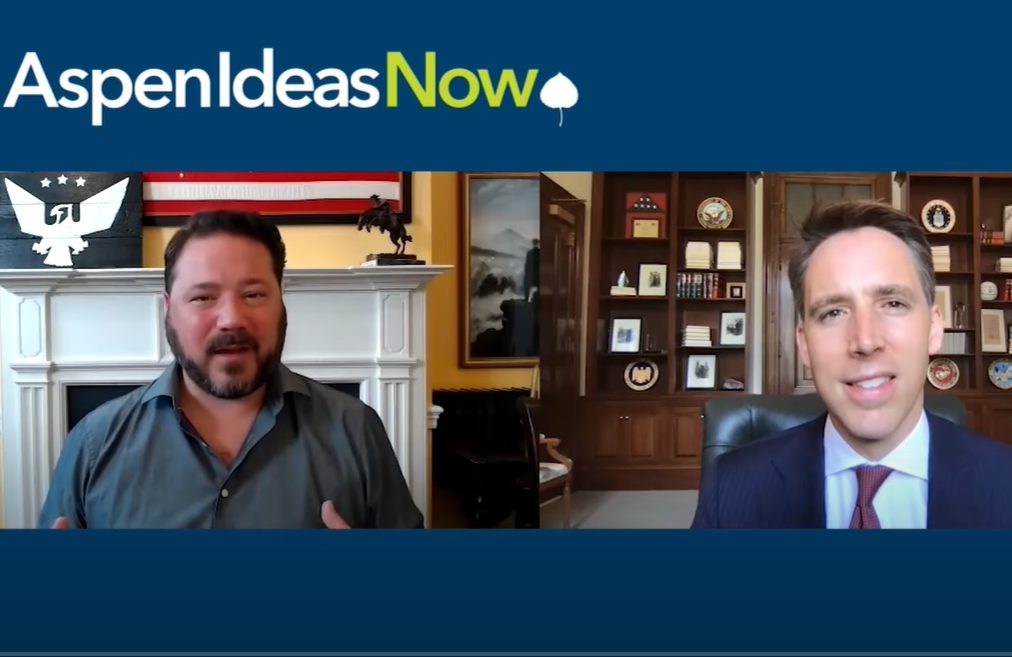 Federalist Publisher and Co-Founder Ben Domenech sat down with Missouri Republican Sen. Josh Hawley online Wednesday to discuss the future of the conservative movement in the 21st century as the current political climate faces intense polarization and global powers compete with the United States for world dominance.

The Missouri Republican continued, outlining the characteristics of what makes up a healthy-functioning society able to faithfully executive self-governance.

The plain people, good, honest, hard-working, working class folks that they could be citizens, that they could hold the preponderance of power in our republic, and that the kind of life that they lead, the life of work and faith and home and family, that ought to be the life that the whole republic be organized around. That’s new. In the history of the world, no other republic ever organized on that basis at all. Not even close. That is one of the things, maybe the thing that makes us so unique as Americans, and as conservatives we need to be for them, which means we need to be fighting for that working class.

Domenech pushed further, noting that in the 1980s, conservatives by all stripes were united by an aversion to the Soviet Union and were able to share different priorities at the time.

“Do you think that that type of fusionist approach is possible in the future?” Domenech asked. “What would it require, in order to have it take on a real representation of what, not just the Republican coalition but those who are on the right and the center right can come together and be united around?”

Hawley shared an optimistic vision for the type of coalition Domenech laid out, pointing at China as the common foe in the modern era which Hawley described as the “the national security challenge of the 21st century.”

“The China shock as I say has been hardest economically, and those who belong to the working class, the middle class. They’re the ones who have truly borne the brunt, and they’re the ones whose livelihoods are on the line going forward with China, so the China challenge is something that will also unite us,” Hawley said. “I think it is part of this broader need to preserve and fight for that working class character of our democracy, and or our republic and our politics and I think that’s work, family, neighborhood.”

Agitprop, Dr Anthony Fauci Learns the Media Have Lost Control of The Narrative Needed to Protect Him

The Woke War On History: How Ibram X. Kendi And Others Distort Facts To Fit Narratives