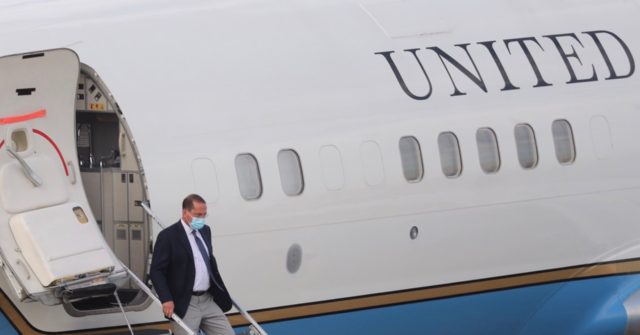 U.S. Health and Human Services Secretary Alex Azar defied noisy protests from Beijing and touched down in Taiwan on Sunday to begin the highest-level visit by an American Cabinet official since formal diplomatic relations between Washington and Taipei ended in 1979.

He will also meet President Tsai Ing-wen, an advocate for Taiwan being recognized as a sovereign nation who is loathed by China’s leaders for daring to speak with an independent voice on the world stage.

Taiwan’s strong performance in handling its coronavirus outbreak has drawn global plaudits while highlighting its exclusion from the World Health Organization (W.H.O.) and other U.N. bodies at the behest of the Chinese Communist Party.

Azar acknowledged that achievement before his departure, citing it as an example of good governance.

“Taiwan has been a model of transparency, cooperation and collaboration in the international community,” he said. “Their response to COVID has been incredible.”

The island state also worked to ensure it was available to help the U.S. as it readied for the challenge presented by the viral outbreak:

Taiwan this week announced it will donate two million more masks to the United States during the coronavirus pandemic. https://t.co/8An2sKwRAv

Despite its close proximity to mainland Communist China, where the deadly global pandemic first originated last December in the regional city of Wuhan, the island of 23 million has recorded just 476 cases and seven deaths from COVID-19, largely as a result of rigorous testing and case tracing.

It also tried to warn the world about the dangers posed by the coronavirus, something the W.H.O. chose to ignore due to its commitment to Communist China.

Taiwan’s success was noted on Friday’s broadcast of “The McLaughlin Group,” when Chicago Tribune columnist Clarence Page praised Azar’s visit, citing the differences between how Taiwan and China handled the coronavirus outbreak, and the latter’s lack of transparency and deceit as to the extent of the crisis.

Page stated  it is “always rather satisfying to reassure Taiwan that we’re still here, we’re still with you.”

Washington has billed the Azar trip as an opportunity to learn from Taiwan’s fight against the virus and to celebrate its progressive values.

“This trip is a recognition of Taiwan’s success in combating COVID-19 and a testament to the shared beliefs that open and democratic societies are best equipped to combating disease threats like COVID-19,” a health and human services department official told reporters ahead of the visit.

Beijing balks at any recognition of self-ruled Taiwan, which it claims as its own territory and vows to one day seize, by force if necessary.

Last week it described Azar’s visit as a threat to “peace and stability” while China’s defense minister warned against Washington making any “dangerous moves,” as Breitbart News reported. 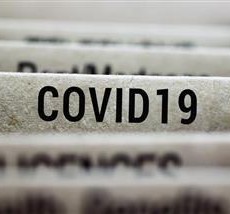 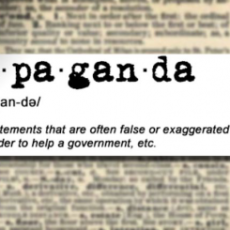 The 16 Biggest Lies the U.S. Government Tells America About the Ukraine War