Democracy and press freedom no longer exist in Hong Kong. Since the promulgation Law of the People’s Republic of China on Safeguarding National Security in the Hong Kong Special Administrative Region in May 2020, the 15-month delay in legislative elections under the pretext of the CCP virus pandemic, the restrictive electoral reforms in March 2021, and the systematic crackdown on the democratic opposition put an end to political diversification , ending the representation of democrats in the Legislative Council and the freedom of the press for all independent media.

All this was done in accordance to the centralized and authoritarian one-party dictatorship principle of the Communist China, in violation of the 1984 Joint Declaration signed by the governments of Beijing and London, which mentioned the sovereignty return of the former British colony Hong Kong to China while retaining its market system, public freedoms and judicial independence until 2049. The Sino-British Joint Declaration has the status of an international treaty, therefore, the demolish of the self-governed behavior at the back of the Hong Kong institutions and the Basic Law have lead to the question of international legitimacy. However, the Boris Johnson government have not opposed to these issues as the U.K. government is currently focusing on the Brexit issue and CCP virus pandemic.

The Joint Declaration painted the path to democracy, acknowledging the value of universal suffrage, which is now denied by the despised “one country, two systems” principle, and the democratic desire to expand the number of seats, which the regime has limited to just over 20 percent, while disqualifying candidates who disagree with the regime. The end result was that only one out of the ninety members of the legislature elected in December did not obey to the Beijing. Hong Kong’s international status has been extended because of its democracy and now, with the disappearance of democracy, its international status gradually disappears.

Hong Kong once had a modern civil society, performing with the diversification of its independent media and the freedom to express its culture, have now been shut down or suppressed. The freedom symbols have also lost. The 1989 Tiananmen Massacre Victims Monument was removed overnight during Christmas, the statue was taboo to the regime, which it wanted to remove the “8964” incident from the masses. The removal of the monumental sculpture has been described as the “Pillar of Shame” and the removal reflects that the Beijing’s authoritarian’s action is a shame. 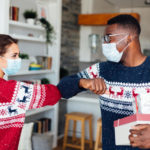 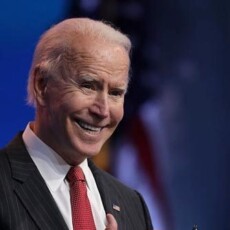 Joe Biden: Get Teenagers Vaccinated So Families Can Gather for July 4