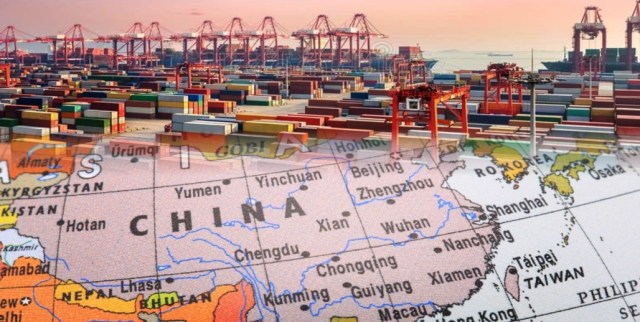 If there is one singular feature for which the Morrison government will be remembered it is that its blind adherence to the United States’ view of the world that led to the destruction of our once valuable Chinese trading system. Successive Australian governments since at least the 1990s recognised the growing economic importance of China and gladly directed their trade relationships there.

By 2019 China accounted for more than 40% of all Australian exports, with coal, wine, other agricultural products and above all iron ore were the dominant sources of Australia’s trading wealth. That is all in the process of being destroyed. If one wished to locate a dominant factor in this decline one would need to look no further than the incredible ineptness of the Morrison government.

In 2019 the Australian Prime Minister, Morrison, openly questioned the role of China in the outbreak of the coronavirus currently infecting the world. There is little doubt that in doing so, Morrison was acting on behalf of the Americans, the primary source of most foreign policy initiatives that stem from Canberra.

It is true that the world first became aware of the virus following its appearance at the Chinese city of Wuhan in late 2018. Aided by the relentless propaganda from the United States, and in particular its president Donald Trump, a major effort was made to label it the “Chinese virus.” Specifically, it was alleged that the virus originated in a Chinese laboratory in the city of Wuhan which at the time was host to the world military games.

Despite the almost complete absence of evidence to support this allegation, the western media, and in particular the United States version, expended enormous effort in promoting the Wuhan laboratory theory as the virus’s origin.

It was to this general, and Ill-informed hysteria, that Morrison lent the weight of his government. The Chinese reaction was unsurprising, they denied any responsibility for one of their laboratories being the source of the virus. That denial received some powerful support from independent medical researchers, including, but not limited to, the United Kingdom’s Lancet magazine.

An international body set up by the World Health Organisation to investigate the virus has recently reported its findings. It provided no support for the escaped virus theory, much less did it support the argument that the Chinese have been derelict in their reporting of the virus.

The Australian government has remained silent in the face of this evidence. Whether an apology for their premature accusations would do any good is a moot point. The Chinese were understandably furious at the Australian attitude, and the total lack of remorse over the falsity of the initial accusations. They took action against the import of a wide range of Australian imports. At last count, the monetary value of the lost Chinese market is approximately $40 billion. Only iron ore has so far escaped the carnage, and that owes more to the current absence of alternative sources than to any other factor.

Apart from exports, China has also been the largest source of foreign students in Australian universities, and the largest source of foreign tourists. It is widely known that the Chinese government has been actively encouraging the students to look elsewhere for their studies. Foreign visitor numbers have been badly hit by the virus, but again it would be naïve to expect a return to the previous prominence of Chinese numbers once the virus has been defeated.

One cannot expect the Prime Minister to admit that his whole approach has been profoundly wrong. He seems incapable of admitting that he has ever made a mistake, and this current situation with China is a classic illustration of the point.

To compound the error, the Australian government recently passed legislation giving itself the power to veto any relationships that the States might have entered into with foreign countries. This was clearly aimed at Victoria they had signed an agreement with China as part of the latter’s Belt and Road Initiative project.

This is a further illustration of the Australian government’s blind adherence to the American viewpoint. The United States, like Australia, has refused to sign up to the BRI (unlike 140 countries around the world) and is instead pursuing a half-baked alternative scheme with India, Japan and the United States. There could be fewer clearer examples of pursuing a policy to suck up to the Americans with an absence of any discernible Australian benefit in view.

If one looks to the Labor Opposition, they display exactly the same anti-China attitudes and policies. It is difficult to determine any rational basis for this policy. One is left with the conclusion that allegiance to the Americans ranks higher than the Australian national interest. The full consequences of this profoundly stupid policy have yet to be determined. What is certain is that it will not be good for Australia.

Geopolitical analyst. He may be contacted at jamesoneill83@icloud.com 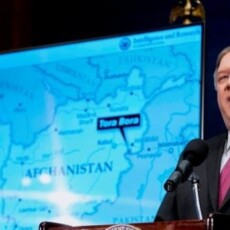 Humanity in Crisis, Part 11: No One Can Predict The Harm It Might Cause (FiveGee)