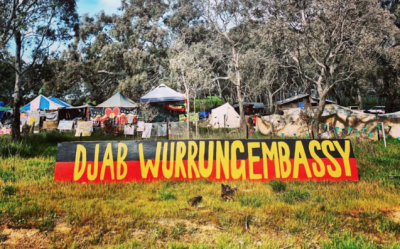 It was a penultimate day in the Australian state of Victoria.  The state government had announced that some of harshest coronavirus lockdown restrictions in the developed world would be easing.  Melbourne’s restaurants, bars and cafes could resume inviting customers through their doors.  Retail outlets could reopen.  Confident claims of “crushing the virus” frothed and bubbled on social media.

This elevation of mood provided ideal distraction for another ugly event.  Early last week also saw the arrest of 60 people protesting the removal of a fiddleback tree deemed sacred to some members of the Djab Wurrung people.  It was akin, one academic suggested, to seeing Notre Dame cathedral in Paris burn.  The tree was the fruit of a practice involving the placing of a child’s placenta, with a seed, into the earth.  This is not the only one: other birthing trees of even older vintage are threatened by the Western Highway upgrade.  Over centuries, they have provided sanctuary for the safe delivery of generations of Djab Wurrung people.

The removal of the 350 year old “directions tree” – a spiritual site for guidance – is seen as cold and necessary business, part of a widening of a section of the Western Highway between Buangor and Ararat.  It is also a stretch of highway connecting Melbourne and Adelaide, a bloody section of road known for fatalities and injuries.  In the words of Premier Daniel Andrews, “If we waited around for an absolute consensus, then that deadly stretch of road would go unimproved, and we would see more people dying.”

As a spokesperson for Victoria Police explained in a statement, “Police have a strong dedicated presence along the Western Highway today as part of an operation to remove camps and protestors from restricted areas as highway work construction continues between Buangor and Ararat.”

Since 2018, the Djab Wurrung Heritage Protection Embassy has had a presence along the existing highway between Ararat and Buangor, a generally peaceful guerrilla faction protecting cultural, sacred growth.  The protest group sees the contested area as “part of the song line” bolstered by the findings of artefacts.  Were the full upgrade to be implemented along the 12km stretch, “3,000 trees will be gone, including the sacred trees and their protected habitats.”

According to Greens senator Lidia Thorpe, the destruction of such trees was tantamount to inflicting spiritual murder.  Their forms evoked human shape – such as the “grandfather tree” resembling “an old man guarding” the birth site.  “When these trees, these places are destroyed, it’s like a death.  We can’t get them back.”

With the eviction by police last week, one of the embassy members, Amanda Mahomet, claimed to have been expelled from her home.  “It’s been our home not by choice, for 3 years.  Everything you have physically, mentally and spiritually has been ripped from us in a matter of minutes, and to watch innocent friends and family there protecting country forcibly and violently removed was traumatic.”

Journalist Madeline Hayman-Reber of the Gomeroi yinnar was furious and inconsolable.  “The Andrews Government had used today as a political distraction from the desecration of a sacred Djab Wurrung women’s site, to silence the voices of Djab Wurrung mob, women and allies.”  The action was “completely sinister.  While the colony is celebrating, mob are in mourning.”

The picture is a more clotted one.  The Victorian government claims that the felled tree did not have cultural significance – at least to the members of the Eastern Maar Aboriginal Corporation, who were consulted in assessing the site.  Aged and majestic as it was, local elders failed to detect the standout markers of cultural significance present in other vegetation.  In a statement by the EMAC, the tree sported “no cultural modifications” and was “unlikely to have pre-dated European civilisation”.  In February 2019, the government did make a concession of sorts, agreeing to change the originally planned route of the highway.  In the process, 15 trees inside the boundary were spared.

As with other battles over matters of cultural importance, development objectives clash with local political differences.  Thorpe is adamant that the Corporation did not have a monopoly of a voice for all Djab Wurrung people.  Lawyer Michael Kennedy, who represents Thorpe’s mother, Marjorie, wonders why a cheaper route which would follow the old northern part of the highway was not taken.  The reply from Major Road Projects Victoria has been unequivocal: that route fell short of design standards and environmental protection; 8,000 trees would have also been lost, as opposed to the current number of 3,000.

To date, the protesters have had some measure of success in the courts.  Despite the arrests and the loss of the directions tree, an interim injunction was granted by a Victorian Supreme Court judge halting the road project till the next court hearing on November 19.  Federal intervention, however, has not been forthcoming.

The executive officer of the National Aboriginal and Torres Strait Legal Services, Roxanne Moore, has also demanded an inquiry into the circumstances leading to the arrests at the embassy camp.  She had her eye on “the use of these COVID-19 powers by Victoria Police” and instances of police violence.  “We really need to see some serious scrutiny being put on to police actions for the Djab Wurrung protest.”

Victoria Police subsequently confirmed that a number of protesters were arrested for breaching COVID-19 regulations, yet another instance of protests being quelled by the use of pandemic powers.  In a statement, the police claimed that there was no inappropriate use of force, or “issues requiring medical attention”.  Gabriel Lillington, the last protestor at the site, described a rough, workmanlike approach by the authorities in removing members of the embassy.  The police “just tried to read out a trespass statement and they immediately started forcibly moving protesters and the Indigenous Djab Wurrung people.”

The message of reconciliation has certainly taken a concerted beating.  Rhetorically, the Andrews government has been pleased to pursue negotiations towards a treaty.  Functionally, and practically, the agenda for development continues, marked by weaknesses in the Traditional Owner Settlement Act and the legal structure on protecting sacred sites.  As with other instances of sacred site desecration in Australia, the pattern is similar: proposed development, potentially destructive to the site in question; claims of full consultation with elders and local community members; disagreement among indigenous members.

For Djab Wurrung woman Sissy Eileen Austin, this was all too much.  She promises to step down from the First Peoples’ Assembly, the body representing aboriginal interests in the Victorian treaty negotiations.  The felling of the fiddleback, and the removal of the protestors, has soured an already troubled process.  “There are conflicting agendas here,” writes Austin, “one where the government is supporting the progression of the treaty and the other where they’re comfortable in proceeding with the irreversible destruction of significant cultural heritage.” A relationship complex and abusive. 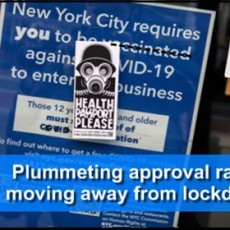 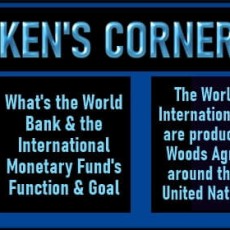 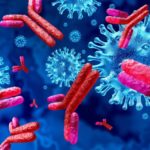 Why Is COVID-19 Severe for Some?