Australia’s food security is under threat with an almost unstoppable outbreak of varroa mites in Newcastle (NSW) and the surrounding regions which could cost Australia $billions.

Most Australians at this point would not realise what damage the varroa mite can do. But in 2000 in New Zealand, a varroa mite outbreak led to 90% of bees being killed which almost destroyed the industry. And if that were to happen in Australia it would cause $billion in damage to Australia’s agriculture industry which relies on bees for pollination.

I interviewed Simon Mulvany, who runs the Save the Bees Australia Facebook page and the Bee the Cure website, on Monday (4/7/22) in the below video and discussed the key issues surrounding the varroa mite outbreak.

One of the issues is where did the outbreak come from. The government is suggesting it likely came from international ships at the Port of Newcastle. But Ben Brown is one of the beekeepers who has been ordered to destroy his bees, even though they are apparently clear of the varroa mite, and his father Trevor Brown was convicted of illegally importing queen bees.

The exact date of the conviction and crime is uncertain as The Daily Liberal, a Dubbo paper, says it was first reported in 2001 and updated in 2012. They report:

The entry of exotic bee diseases into Australia would have far wider implications than destroying the honey industry, according to a local apiarist.

A number of agricultural industries, especially legumes, would be left high and dry without bees, Warren Jones said yesterday.

He was commenting after the peak bee industry body slammed what it believed was a lenient punishment given to a Mendooran beekeeper who risked wiping out Australia’s $2 billion honey industry with the insect equivalent of foot-and-mouth disease.

Terry Brown was sentenced to 200 hours community service and fined $1000 after attempting to smuggle eight Italian queen bees concealed in pens into the country.

“If someone brought foot-and-mouth disease (to Australia) would they get a $1000 fine and 200 hours community service?” questioned Mr Jones, who is involved in honey production and pollination. (Click here to read more)

Interestingly, there are reports today that foot-and-mouth disease is a major problem in Indonesia and has spread to Bali which is the closest it has ever been to Australia and the government is worried tourists might bring it home with them. (Click here to read more)

The ABC is reporting that the varroa mite outbreak has now spread:

The deadly parasite that has affected honey bee populations has been detected hundreds of kilometres from initial sites in Newcastle, with a new emergency zone in north-west New South Wales.

The varroa mite has been detected in Narrabri, with the NSW Department of Primary Industries (NSW DPI) linking it to previously known cases in Newcastle.

Acting Chief Plant Protection Officer Chris Anderson said the affected honey bee hives were stored for several months next to an already affected hive in Newcastle before being moved to Narrabri. (Click here to read more)

From what is written on Facebook, Ben Brown has been ordered to kill all the bees in his 2000 bee hives and destroy his equipment so he is taking a huge hit and I do not suggest he has been involved in importing bees. But given his father, Trevor Brown, has a conviction for illegally importing bees that is an avenue that the government should be investigating as a possible source of the varroa mite outbreak.

The varroa mite issue and its fallout is something I will continue to monitor as regular readers know I have covered bees, honey and food fraud etc for over 5 years and they all involve government failure and/or corruption. I will do further reports on either this website and/or on my YouTube channel and Facebook page so make sure you follow them all. 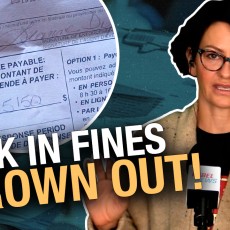 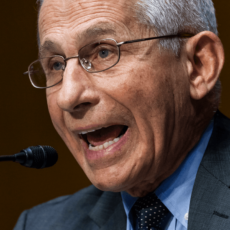 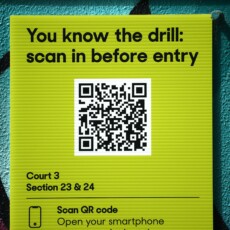 Can the Victorian Government track you using a QR code?