By TONY MOBILIFONITIS
ELECTIONS analyst and former NSW senior public servant Lex Stewart believes some three per cent or possibly more of the votes in the recent Victorian election were fraudulent.

Stewart has been investigating vote fraud for many years and in October this year, in a submission to the Joint Standing Committee on Electoral Matters, went over the problems that repeatedly occur.

“Based on history and my experiences, I would guess that a significant amount of vote frauds, perhaps up to 3% of votes, were frauded in the Victoria state election – more than 3% frauded if some Sctyl or Dominion voting machines were used,” Stewart wrote in an email to Cairns News.

He said his investigations of this year’s federal election in the seat of Cowper confirmed the widespread problems including vote fraud, that still affect the Australian electoral system and that electoral authorities repeatedly fail to fix.

Although Cowper was not a marginal seat and safely held by the National Party for many years, some basic scrutineering by Stewart revealed the same problems in that seat.

“I attended the Prepoll counting centre in Port Macquarie from 4pm on 21 May 2022 till 2am to observe the processing of about 45,557 ballot papers from the PrePoll Voting Centres (PPVCs) of Cowper,” he wrote in his submission.

“Among all Cowper ballot papers, 4.93% were informal. During the processing of the approximately 2245 informals among the prepolls, I was able to observe and write down the patterns for 244 ballot papers.”

Although 244 ballot papers is not a big sample, the errors, when extrapolated into percentages of the entire informal vote, can easily mean a candidate winning or losing a seat. Even the numbers in that small sample could win or lose a seat.

Stewart’s submission pointed out that overnight security of storage of pre-poll ballot papers was a problem. “While these are stored in sealed ballot boxes, it would be possible, though difficult, to use long tweezers to pull ballot papers up out of the ballot boxes, and then to use an eraser to rub out a pencil number and write a new number,” he wrote.

He said if the statistics (20, 11 and 4 out of 244) could be scaled up from the sample of 244 to apply to the approximately 2245 informals among the pre-polls, then (Nationals candidate and eventual winner) Pat Conaghan missed out on 320 votes due to pencil marks being erased or altered.

“I think that the lesson is do not vote in pencil because a ballot paper might be altered.”

Stewart noted that previous government inquiries recommended a national roll-out of Electronic Certified Lists and/or ‘ECL Lite’, to be fully funded and implemented prior to the 2019 federal election. This has not happened.

On the basic question of whether vote fraud occurred Stewart cited some quotations and examples:

3.1.1 “That the electoral system is open to manipulation is beyond question… Fraudulent enrolment is almost impossible to prevent.” (NSW Electoral Commissioners, Messrs R. Cundy and Ian Dickson, in the NSW Government Inquiry 1989) [A side comment 19/9/19 from Lex Stewart – i.e. almost impossible to prevent under the system as it then was, but it can be prevented by implementing recommendations 12 and 25 above]

3.1.2 “Electoral fraud, malpractice and errors are a common feature of the Australian electoral system,” Alex Howen, Metropolitan Vice-Pres of the NSW Liberal Party 11/9/1999

3.1.3 78% of several thousand people voted “Yes” on http://www.publicdebate.com.au in year 2001 to the question “Should a Royal Commission be held into Electoral Fraud?”

3.1.3 The Shepherdson Inquiry in Queensland found that ALP members had done vote frauds in 1986, 1993 and 1996. This was a finding by a judge, based on evidence http://www.ccc.qld.gov.au/research-and-publications/publications/misconduct/the-shepherdson-inquiry-an-investigation-into-electoral-fraud.pdf/download

3.1.4 Dr Amy McGrath OAM has written several books about vote frauds. She first discovered vote frauds when she was a member of the ALP and was working during World War 2 in the Balmain branch of the Ironworkers’ Union, and was given a list of dead people’s names and told to go and vote in those names. She made 17 Submissions to the JSCEM during 1993 to 2014, and was largely ignored. Her books are:-

6. “The Frauding of Elections?” published in 2003, with Appendix by Peter Brun

7. “Wolves in Australia” published in 2013. It covers many topics other than vote frauds, which are mentioned as she predicted a new type of vote fraud to be implemented by GetUP on pages 451-455. (I discovered GetUp workers doing this type of activity in Macquarie in the 2016 election in which Liberal Louise Markus narrowly lost her seat).

3.1.5 Karen Ehrmann went to jail in year 2000 for electoral fraud. She said she was just the ‘patsy’ and that many others in the ALP were doing what she did.

3.1.6 The case of Alasdair Webster losing Macquarie in 1993 by 164 votes is described in Appendix 9. In brief there had been lots of deliberately false enrolments made e.g. on vacant blocks of land, plus many other types of deliberate vote frauds.

One conclusion is that the process for appealing to the High Court a faulty election is very difficult and expensive (perhaps deliberately so).

A far better solution to electoral problems would be as advocated by Dr Amy McGrath OAM and accepted by the Sydney Morning Herald which published her proposal for an Electoral Ombudsman – refer to appendix 4.

3.1.7 UK Election Commissioner Richard Mawrey QC has sent people from both sides of politics to jail in the UK. In year 2005 he published a good book, “Fraud at the Elections” ISBN 0 85124 708 3. I assisted in arranging his brief speaking tour in Australia, when he came here for other reasons. He was aghast at Australia’s voting systems and said “Australia’s postal voting system is a recipe for voting frauds” and “If the avenues for vote frauds exist, then one can expect that they will be used, due to the incentives of political power.” 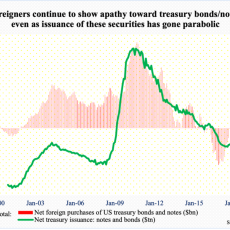 Petrodollar on the way out