Members of the mainstream media (MSM) are to this day misreporting two major events in America — the assassination of JFK and 9-11, both of which were inside jobs. By pretending the culprits were Lee Harvey Oswald and Osama Bin Laden, the media took our eyes off of two very important questions: Who is out to hurt us? And why?

I’m not saying the public is blameless. But although polls were showing by the late 1960s that about half of US adults believed Oswald did not act alone, and by 2010 about half doubted the Bin Laden story, most of those doubters stayed silent.

Granted, those folks only sinned by omission. The media sinned by commission, and are doing so now and even becoming more clever at it, and more strident. Their sales pitch for the Covid pandemic has persuaded millions of citizens to say they will opt for vaccination.

I believe the MSM is the single most powerful force in the culture of the Western nations. It has even resulted in the positive valuing of lies! Whenever a truthful person comes forward, the media’s employees are alert to slap that person down. We know how they do it: by humiliating him, or by suppressing his words, and by countering with a barrage of untruths.

So why not call for the arrest of media persons for harming us? What crime can we charge a media person with, and what needs to be proven? I will identify three relevant crimes; all are felonies: treason, fraud, and obstruction of justice.

The Crime of Treason

As stated above, the media have harmed us immensely by covering up the truth. It also caused us to harm others.  Surely the purpose of the 9-11 false flag was to give a boost to the destruction of the Middle East. Troops of the UK, the US, and Australia are still in Afghanistan.

In Australia, the law against the crime of treason is found in Australia’s Criminal Code of 2002, which updated the Crimes Act of 1914. Its Part 5.1, Division 80.1 provides a penalty of life imprisonment for a person who “levies war, or does any act preparatory to levying war, against the Commonwealth.”

Are you old enough to remember the tremendous turnout of protesters on March 13, 2003?  Every man and his dog and cat and cockatoo, and whatever else, marched in the downtown area of the capital cities, to instruct John Howard not to feel that it was his melancholy duty to kiss George W Bush’s arse.

The nation said, in the clearest terms it has ever used (that is, it used body mass): “Government, oppose any Oz involvement in the invasion of Iraq.”  Then, on March 17, without any apparent shame or even hesitation, parliament voted to involve Oz in the invasion of Iraq.  At that moment we should have arranged for the arrest of the members of government.

Granted, arresting Parliament is tricky – though at this very moment someone in the UK is preparing a private prosecution of every member of Parliament.

Anyway, our topic here is treason by the media, not by government. I want to see media persons arrested for levying war against the Commonwealth. The case would be easy to argue.

In the US, similar wording – “levying war against the United States” appears in the Constitution and in statutory law codified at 18 USC 2381:

I think the words “adheres to their enemies” would also be relevant for a charge against the MSM. The principal enemy of the United States is, in my opinion, the global-minded set, often called the cabal. The MSM and the cabal are bosom buddies or are possibly the same persons.

The crime of fraud has as its main elements: “a scheme or artifice” that brings about a “financial gain” by way of false information (“fraudulent representation”). Does the accused have to know the information he presents is false?  I’ll quote Oliver Wendell Holmes, Jr, in his comprehensive book The Common Law (1881)

“If, in selling a horse, the seller warranted [the horse] to be only five years old, and in fact he was thirteen, the seller could be sued for a deceit at common law, although he thought the horse was only five. The common-law liability for the truth of statements is, therefore, more extensive than the sphere of actual moral fraud. … It is enough in general if a representation is made recklessly, without knowing whether it is true or false.”

Of course, 1881 wasn’t yesterday, and I am not well-schooled in the law of fraud. Still, it is fascinating to contemplate an effort to charge a media person with fraud. How does Rupert Murdoch, say, obtain information in the first place? Maybe he makes it up – or maybe he takes it from someone, full knowing that that person made it up.

If Murdoch be the accused party, he had to have committed the fraud for financial gain. Is it enough that he gained by selling the newspapers? In that case, any purchaser of any of his papers (or subscriber to his online news) could be the injured party. (But remember we are talking about crime not lawsuits here.)

In 1998, Congress added a new type of fraud –“honest services fraud” — to the law already governing mail fraud and wire fraud (actually they snuck it in to the Drug Abuse Act).  Thus, at 18 USC 1346 we find:

Do I have an intangible right to know why a Middle East war is being waged?  Certainly a soldier has that right!

Under the honest services law, doctors were accused of defrauding a state’s Workmen’s Compensation agency of funds, by making unnecessary referrals to other doctors, for a kickback. The law was also used to put a stop to cheating by football coaches in regard to college admission. That is, the coach, bribed by a student, would say that the boy qualified as a good athlete, to get him into a top college, when in fact the boy had no talent.

A defense to the charge would consist of saying that the coach had no duty of providing honest service.  So, does Rupert Murdoch have a duty of providing correct information?  His son James has recently said he was departing from Dad because Dad was “legitimizing disinformation.”

I have always felt that newspapers are businesses and the buyer should take a Caveat emptor approach. I did not see an obligation – especially in the US with “freedom of speech. That’s in spite of some papers claiming that they tell the truth, and press associations publishing goody-two-shoes codes of journalist ethics. (See Truth in Journalism, by Dee McLachlan and Mary Maxwell).

But now I am fantasizing that this law can indeed be used.

Note: it is not enough that you get defrauded of the money you spend buying the newspaper.  The US Supreme Court has said in Skilling v United States (2010) that there must be “a bribe or kickback” involved. Again, it is fascinating to ponder: Does Murdoch get a kickback for what he does?  I had always assumed that he is such a dynamo of ambition that he would do it without a bribe. Or that he works for a cause.

By the way, it is not really Murdoch that I envision arresting, but low hanging fruit. If the low hanging fruit went to prison for it, the Murdochs of this world would get the message, wouldn’t they?

Note: I do not have space here to discuss the proven method of the Sherman Anti-trust Act, for breaking down the wholly illegal powers of mega-corporations such as Newscorp or CNN. The DOJ is tasked with enforcing that law. But its officers don’t do so. They obstruct justice!

Paging William Blackstone! Obstruction of justice is defined at 18 USC 1503 as:

“Any act which, corruptly or by the threat of force / threatening communication, impedes, influences, obstructs, or aims to impede, influence, or obstruct the due administration of justice.”

Obstructing justice, as it sounds, has to do with knowingly interfering in the administration of justice. Known as a “process crime,” it’s a criminal offense against the judicial process itself, similar to crimes of false and misleading statements, contempt, perjury, and failure to appear.”

There are also state laws in the US.  In Australia, the same type of crime is called “perverting the course of justice.” In UK, in1769, Sir William Blackstone made much of the protection of law, in his Commentaries on the Laws of England, of which Volume 4 is “Crimes Against Justice.”

Mary: “Sir William, the Murdoch press in Oz refuses to print the Protective parent’s stories. Is that OK?”

Blackstone: “Certainly not, if they’re knowingly covering up a crime. That would be a crime against justice.  Also, Mary, negligence by sheriffs, constables, and coroners is a crime and it comes under the category “crimes against justice.”  Are you with me?”

Mary: “Yeah, that seems logical, though no one thinks of negligence as a crime.”

Blackstone: What a tragedy!

A Word about Citizen’s Arrest

If a mugger attacks you on the street, you will have no hesitation about calling for his arrest. It’s the normal thing to do. In the olden days you may have just bashed his face in, or stolen his goods in revenge. Today we have something more complicated, a “justice system” involving police and courts. They must sort out blame and specify punishment.

Before police forces were established, in 1820 – the Bobbies in Britain — it was the duty of citizens to arrest wrongdoers. You could call upon your fellow man to help you out by raising the “hue and cry.” All were obliged to join you, for instance in chasing after a thief. You won’t get that kind of help today, as folks will say “Just call the cops; it’s their job.”

Yes, it is their job but often they won’t do it. The law states that you, as a layperson, can arrest a felon if you catch him in the act, or if you know he has done the act.

You must tell him you are arresting him, otherwise he has a right to attack you in self-defense. Once he is in your custody, you must call the authorities to take over. Details are given in the 1977 book Citizen’s Arrest by the late professor of law Cherif Bassiouni.

As of this moment, in 2020, all states of the US, and probably all other common law countries, permit citizen’s arrest. The US has to allow it for federal crimes as there is no constitutional basis for operation of a federal police.  The policing power belongs to the states.

(So if the feds want the FBI to arrest someone, the FBI agent must do it in his capacity as a layperson. Or, if a state is willing to cooperate, it may deputize the FBI man as a member of a local police force. Private security guards, too, must act as citizens when making arrests, as they have no statutory authority for that.)

The title of this article is “Arrest Media Traitors, Fraudsters, and Obstructors While Upholding the Law.” You want to uphold the law, don’t you?

Well, what’s stopping you?  You could at least run a moot court and charge a fictitious media magnate with any of the three crimes listed above. You would be doing society a big favor, as the mere exchange of remarks by the prosecutor (you) and the accused’s defender (you) would be extremely enlightening. I ask Gumshoe readers, both near and far, to try it out.

We offer a prize for the winning entry and a prize for being “first cab off the rank.”  This is an emergency, folks. 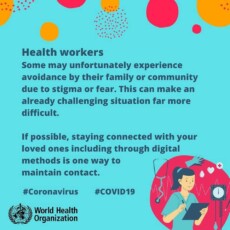 Should We Listen to WHO or May Be The Global Health Organisation?

I was Raped by Governor-General John Kerr: NSW Police Stopped my Witness Statements 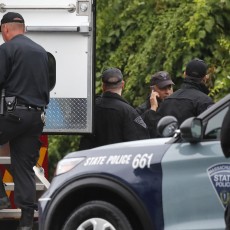