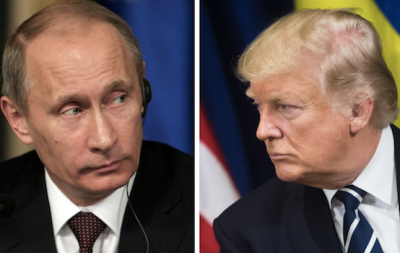 Expiring on February 5, 2021 if not renewed, the Trump regime rejected Vladimir Putin’s offer to extend the agreement for another five years with no pre-conditions.

On September 28, Politico reported that Trump officials “asked the military to assess how quickly it could pull nuclear weapons out of storage and load them onto bombers and submarines if an arms control treaty with Russia” expires in February, citing three unnamed sources, adding:

The Trump regime “wants to underscore that it is serious about letting the treaty lapse if Russia fails to meet (its) demands.”

Claiming Trump’s arms control negotiator Marshall Billingslea “is leery that Russia is dragging out the talks in the hope that Joe Biden” succeeds him in January is absurd on its face.

In many respects, DJT has been more onboard for improving US relations with Russia than any of his predecessors since Jack Kennedy — who favored nuclear disarmament and rapprochement with Soviet Russia.

Near the end of the Cold War, the landmark 1987 Reagan/Gorbachev Intermediate-Range Nuclear Forces (INF) Treaty stepped back from the brink of possible nuclear confrontation.

Abandoning it by the Trump regime increased the risk of greater conflicts and chaos by escalating tensions instead of reducing them.

It was unjustifiably justified by  falsely accusing Russia of INF breaches.

Obama did the same thing after his 2014 coup in Ukraine, replacing democratic governance with Nazi-infested fascist tyranny.

On Thursday, the Wall Street Journal reported that Russia’s chief arms control negotiator Deputy Foreign Minister Sergey Ryabkov called the US demand for China to be part of extending New START “clearly a nonstarter for us,” adding:

Moscow will respond appropriately if the US side lets New START expire.

If Washington expands its nuclear arsenal, Russia “would be ready to counter this.”

“We made clear our position on multiple occasions.”

“China has no intention to take part in so-called China-US-Russia trilateral arms control negotiations. This position is clear and consistent,” adding:

“China’s nuclear power is not on the same order of magnitude as that of the US and Russia.”

“It is not yet the right timing for China to participate in nuclear disarmament talks.”

“The US time and again drags China into the New START extension issue between the US and Russia.”

“It is the same old trick whenever it seeks to shift responsibility to others.”

“It is the US who has been obstructing (arms control) efforts and walking further down the wrong path of being a quitter.”

On October 1, the Arms Control Association said Trump “and his team have dithered and delayed on nuclear arms control matters,” adding:

“Now, at the 11th hour, they are pursuing an ill-advised strategy that has little chance of success and is probably designed to run out the clock on the last remaining treaty limiting the world’s two largest nuclear arsenals.”

“Unless Trump…overrules his hardline advisors and adjusts course or Joe Biden wins the presidential election and makes good on his pledge to extend New START, the treaty very likely will disappear.”

“That would open the door to an ever-more dangerous and costly global nuclear arms race.”

In July, Biden said if elected in November:

“I’ll pursue an extension of the New START Treaty – an anchor of strategic stability between the United States and Russia, and use that as a foundation for new arms control agreements.”

All politicians lie. Nothing they say can be taken on its face.

Time and again, campaign pledges by US and other politicians are breached if elected.

Biden is militantly hostile toward Russia.

In early September he called Russia, not China, most aggressive in sowing discord in US politics, adding:

“There are a lot of countries around the world I think would be happy to see our elections destabilized (sic).”

“But the one who has worked the hardest, most consistently, and never has let up is Russia (sic).”

The Big Lie refuses to die. Time and again, US officials accuse Russia, China, Iran, and other countries of things they had nothing to do with.

When false accusations are repeated enough, including by establishment media, most people believe almost anything no matter how untrue.

In August, the US National Counter-Intelligence and Security Center falsely accused Russia of trying to “denigrate” Biden.

It also falsely claimed that Iran is trying to sow division in the US to undermine Trump’s chance for reelection.

In modern memory, no evidence suggests that any foreign nation interfered in the US political process — what its intelligence community does repeatedly against other countries worldwide.

The US side “created the time pressure situation in the issue of extending the New START, despite our numerous calls and proposals to extend the agreement…in the past years,” adding:

“Washington decided to ‘wake up’ only in the run-up to the (November 3) presidential election.”

“At the same time, the possibility of extending the treaty is conditioned by requirements which are obviously unacceptable for Russia and do not take into account our concerns in the strategic stability domain.”

In August, Sergey Lavrov stressed “the unfeasibility of Washington’s demands.”

In June 2019, Vladimir Putin said if New START expires, “there would be no instrument in the world to curtail the arms race.”

In his UN General Assembly address last month, he called the landmark agreement an “issue of primary importance that should and must be promptly dealt with.”

With Russia/US arms control talks largely stalemated because of the latter’s unacceptable demands, New START will expire in a few months unless Trump intervenes directly to save the landmark agreement.

At this time, it appears unlikely whether he’s reelected or loses to Biden in November. 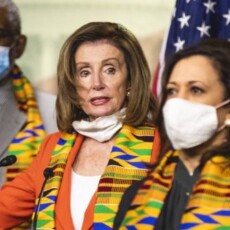 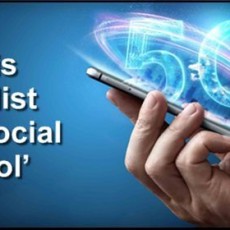