I have wondered for a long while, why the Adelaide Medical Freedom Rallies seem to talk round and round in circles with the same speakers over and over again, basically talking about the crimes of the Pedophiles in Parliament against our community. While never allowing the conversion to directly address the root cause of the crimes against our community, which is the Satanic Pedophile Cult that operates throughout all the corporations falsely claiming authority over We The Free People of These Living Sovereign First Nations land.

I know Original Mother Melissa Ord asked to speak at an earlier rally to give the community important information about the massive increase in child abuse that is occurring through the Satanic State run Department of Child Protection during these COVID fraud lock downs. Mel was not allowed to speak. Preventing her being able to speak up for the children who cannot speak for themselves.

It has been brought to my attention that one of the organisers of the Adelaide Freedom Rallies has possibly done a deal with police. To agree that they will only talk about the vaccines and medical freedom and they will not allow free speech about the root cause of the crimes against our community. Which is the Satanic Pedophile Cult that has claimed false authority over we the free people and The Sovereign First Nations Land. If this deal has been made, it needs to be ended now, for the sake of truth, peace, freedom and child protection.

Everything done it the dark is now being brought to the light and everyone responsible for assisting, enabling or perpetuating crimes against children through ignoring this evil or preventing free speech about this critical and priority issue, will be identified, exposed and held to full account. Everyone is called to do the right thing by the children now, and stop protecting and promoting pedophiles and predators.

It has also been reported to me that a former judge who is a regular speaker at the Adelaide Freedom Rallies has had charges of pedophilia brought against him in the past. With a living reporting victim claiming those charges were dropped by the system and that truth and justice were not served.  This needs further investigation and for the truth to be brought to light. The name of the organiser and former judge in question have been reported to a number of truth and justice advocates to ensure this matter is fully brought to light.

One of the things these abusers of power and abusers of children get off on is being able to continue to walk freely and hold positions of power and trust within the community. Wolves in sheep clothing. They enjoy being seen in prominent public positions as it’s a way to rub it in the faces of their victims, that they hold the power. They enjoy re-traumatizing their victims by being so brazen in presenting themselves as upstanding and honourable members of the community, while actually making a mockery of the trust being placed in them.

It is our responsibly as a conscious, loving, connected, child protecting community to identify and remove from power, and from any and all positions of trust, any of these predatory wolves in sheep clothing. Anyone knowingly supporting or promoting anyone that has been identified to them as an abuser is complicit in crimes against children and crimes against our community. People who enable predators or knowingly turn a blind eye to child abuse or child abusers are culpable.

At the same time, I have wondered for a long while now, while the Adelaide Freedom Rallies don’t seem at all interested in talking truth about the 233 years of ongoing genocidal occupation of The Sovereign First Nations that we all live and work in. This is the truth that holds the power to set us all real world free. Which I have been learning about and talking about, and actively promoting for many months now. We have lawful remedy, via our People’s Peace Alliance, with our local Sovereign First Nations Elders and lawmen and women. We have lawful remedy at the international level across this continent via our People’s Treaty

So why would the so called Freedom Rallies, not be interested in talking truth, free freedom, lawful remedy and solutions?

Are they not smart enough to know the truth when it’s presented and offered to them? or are they controlled opposition working to keep the community trained into giving their power away to the existing criminal power structure?

We will know them by their fruit 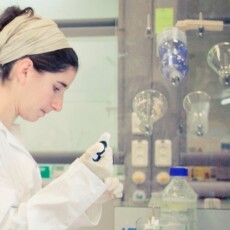 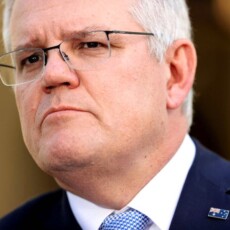 There’s nothing Liberal about the Liberal Party