Just when you thought you had heard it all…

On 2 June 2020, ABC News reported that Bob Montgomery has plead guilty to anally raping three 12-year-old boys during the 1960s, and he faces up to 14 years in prison. Once again, Australia’s mainstream newspapers failed to mention that Montgomery was a former President of the Australian Psychological Society (APS).

On 2 June 2020, the current APS President issued the following statement to its 24,000+ member psychologists regarding Bob Montgomery:

Many of you may be aware of today’s media coverage regarding psychologist Bob Montgomery, who has plead guilty to child sex offences while he was a scoutmaster in Sydney in the 1960s.

Bob Montgomery has formally resigned his membership with the APS.

The APS Board wishes to acknowledge the courage displayed by the victims and their families. We hope the legal process brings some resolution.

This news may be triggering both for APS members, and for those within our communities who have a trauma history. We urge you to reach out and seek support if you are experiencing these triggers and to remember that self-care is incredibly important during such times.

We acknowledge that some APS members may be long term friends and supporters of Bob Montgomery and his family, prior to this case emerging. Whilst the APS does not condone in any way Mr Montgomery’s behaviours, we wish to acknowledge the impact of current proceedings on him and his family’s mental health and hope they are seeking support from these friends through this process.

It is abhorrent for an APS President to acknowledge the impact on both the victims and their rapist in the same breath. Expressing sympathy for the rapist in this way makes any acknowledgment of the victim hollow.

The following day (3 June 2020), the current APS President issued a follow-up statement regarding Bob Montgomery, obviously in response to a national backlash of criticism from its member psychologists, many of whom work with child sex abuse victims.

Yesterday I issued a statement to APS members about psychologist Bob Montgomery.

I have received and appreciated your heartfelt feedback to this communiqué.

The APS takes your views very seriously. Your feedback ensures we remain accountable to you, our members.

Allow me to be absolutely clear: the APS holds a position of absolute condemnation of all forms of abuse in our society. Our position remains that all forms of child sexual abuse are a profound violation of the human rights of the child, and a crime under Australian law. It is never, ever OK.

This official position, and acknowledgement of the life-long harm and suffering that can ensue, has underpinned the APS’s active campaigning for better justice and interventions for survivors.

We extend our deepest acknowledgement of the pain and suffering experienced to the survivors of these traumas and their families. Psychologists should be the providers of comfort, support and healing, not the cause of pain. We hope that the survivors are receiving the assistance they need and deserve.

I also wish to acknowledge and commend all of you who work with and support survivors in these difficult and complex areas.

Finally, I take this opportunity to remind all psychologists of our mandatory reporting obligations under the law to report sexual offences (or any abuse) against children to the relevant child protection authorities, and to report peers to the relevant authorities if we suspect the public is at risk.

This statement by the APS President is consistent with the institution’s long history of child abuse denial and double speak. You can read more about this in my book which is free to download here: Eyes Wide Open.

Looks like there’s even more to this story of coverup:

So, four days after I broke the above story, the ABC nicked my story idea and interviewed some pissed off psychologists. Everyone labels me ‘crazy’ yet they sure read my sites. (Washington Post nicked my Antony Scalia story.) Here are some choice extracts from the ABC article:

A peak psychologist’s body, once led by paedophile Bob Montgomery, has come under fire for noting the “impact” of criminal prosecution on him and urging he seek support from “long term friends” in its ranks…

Heidi Smith, a psychologist in Western Australia, said the APS response made her feel “ill for several hours”.

“I cried with frustration for all the child sexual abuse victims and the struggles they face with institutions supporting child sex offenders,” she said.

“At no point during this email does the APS mention that this man was the president of their prestigious society [or] that you cannot be a psychologist if you are convicted of a crime such as child sex abuse,” she said.

“It says he resigned, like it was his choice. At no point [did] they make any statement in relation to ethics or his role as a psychologist.”

A senior psychologist, who asked not to be named, said the response was “disturbing” and members were “disgusted”.

Ms Knight in her email also indicated the APS had not expelled Montgomery, who was awarded life membership in 2016, but that he had “formally resigned”.

“Members are so disgusted that reputations of psychologists will be tarnished by association, and that importantly, the current president of the APS, as a clinical psychologist, has ignored the impacts of the abuse on the immediate victims of her former colleague,” the psychologist said.

A well-placed source told the ABC that “many hundreds of members contacted the APS”, prompting Ms Knight to respond…

“Alarmingly, even in her second statement the day after, she did not address the mental health impact of Montgomery’s victims, but just in general about all victims,” he said.

“It seems in these statements the victims of Montgomery have been ignored, and just lumped into general victims of sexual abuse – whereas Montgomery was specifically mentioned and considered in relation to the impact on his mental health, it seems above the interests of his victims.”

In 2014, the APS made Montgomery a “new honorary fellow” to recognise his “extraordinary and distinguished contribution”.

He was president the same year the professional regulator, the Psychology Board of Australia, adopted its code of ethics from the APS.

In a statement, the APS said “on reflection, the original email from the APS could have been worded differently in two areas”.

It said the email was an attempt to convey a “neutral, or non-biased judgment towards the matter” which was done with “the best intention”.

The APS said this was in line with the fact that “psychologists frequently find themselves dealing with complex matters [and] often psychologists work with both survivors and perpetrators of crimes.”

The APS said it had received a “small number of complaints” from its 25,000 members and took those concerns seriously…

It said that “to the best of the APS’s knowledge, Mr Montgomery did not contribute” to the code of ethics adopted by the professional regulator.

Far more psychologists are outraged than the ‘small number’ who complained in writing. I know of one psychologist who threw things around the room after reading the APS president’s pro-pedo statement and was too angry to complain.

The APS president’s statement revealed her true colours. Like I’ve been saying for many years, Australian psychology is run by dirty filthy perpetrators. They run the universities, they run the APS, and they run the Psychology Board. 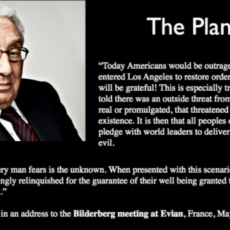 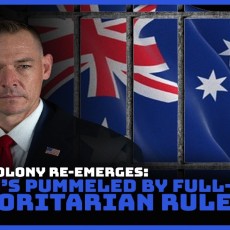