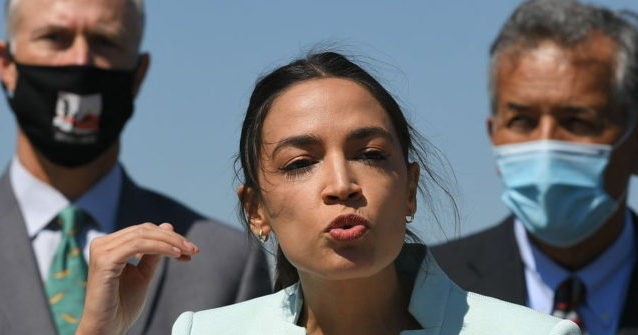 “It’s not justice,” said Rep. Alexandria Ocasio-Cortez (D-NY) on Tuesday in response to the guilty verdicts rendered against former Minneapolis police officer Derek Chauvin for second- and third-degree murder along with second-degree manslaughter in the death of George Floyd.

In an Instagram video, Ocasio-Cortez began her remarks by filming herself remove a mask from her face. She said:

It’s not justice. I’ll explain to you why it’s not justice. It’s not justice because justice is George Floyd going home tonight to be with his family. Justice is Adam Toledo getting tucked in by his mom tonight. Justice is when you’re pulled over, there not being a gun that’s part of that interaction because you have a headlight out. Justice is your school system not having or being part of a school-to-prison pipeline. Justice is a municipality and a government that does not — because it trickles down right? — that does not value military and armaments more than it healthcare, and education, and housing.

So, no, this verdict is not justice. Frankly, I don’t even think we call it full accountability, because there are multiple officers that were there. It wasn’t just Derek Chauvin. And I also don’t want this moment to be framed as this system working, because it’s not working.

“This is not about cameras, and retraining, and chokeholds. This is about changing how we structure our society and the valuing of black life,” Ocasio-Cortez added. “I don’t feel resolved today.”

The New York representative framed America as a society pathologized by “systemic racism.” She stated:

It’s just a shadow, a shred of the fact that millions of people had to march for George Floyd to be treated as equal and human in an unjust system. That’s not justice, and so we need policy change. We need systemic change.

That’s literally what it is, that we’re willing to accept violence against some communities as a necessary cost for safety.

Ocasio-Cortez remarked, “Black men deserve to grow old in this country. They deserve to see their grandchildren.”

Attorney General of Minnesota Keith Ellison expressed the same sentiment as Ocasio-Cortez, saying the guilty verdicts in the Derek Chauvin trial are “not justice.”

“I would not call today’s verdict justice, however, because justice implies true restoration,” Ellison said. “But it is accountability, which is the first step toward justice.” 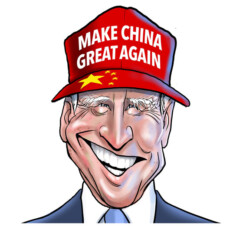 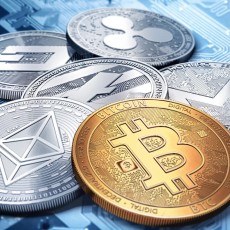