MailOnline has the story.

Hordes of protesters marched through the streets towards the headquarters of the European Union, shouting ‘Freedom! Freedom!’ and carrying placards which read ‘everyday fascism’ emblazoned with yellow stars, drawing comparisons with the identification tags Jews were forced to wear in Nazi-occupied Europe.

The Government on Friday introduced fresh Covid restrictions – the third week in a row that rules have been tightened amid the latest surge in cases.

Prime Minister Alexander De Croo announced that nurseries and primary schools will close for the holiday season a week early, and children must now wear masks from the age of 6 years-old. Indoor events will only be allowed with a maximum of 200 people.

Previously, the Government closed nightclubs, and ordered bars and restaurants to shut at 11pm for three weeks.

The main crowd in Sunday’s mostly peaceful march had already dispersed when about 100 protesters ran into a riot police barricade cordoning off access to the European Commission.

After a brief stand-off with police, protesters threw rubbish and other objects, including a bicycle, at police and set off firecrackers and flares.

It comes a day after many cities in Europe saw demonstrations against new restrictions in the run up to Christmas – upwards of 40,000 people held protests in Vienna, Austria, while thousands more piled into the streets of Utrecht in the Netherlands and Frankfurt in Germany.

Austria last month became the first country in Western Europe to reimpose a lockdown, which is set to last 20 days, and said it would make vaccinations mandatory from February.

It comes as governments across Europe warn of the spread of the highly transmissible Omicron variant which has now been registered in several nations including the U.K., Ireland, France, Germany, Belgium, the Netherlands, Austria and Norway…

Meanwhile in Austria, police used pepper spray and made several arrests on Saturday when more than 40,000 people marched through Vienna to protest against a lockdown and plans to make vaccinations compulsory.

Faced with a surge in infections, the government last month made Austria the first country in Western Europe to reimpose a lockdown and said it would make vaccinations mandatory from February.

Worth reading in full.

Some 8,000 people took park in the street protests in Brussels on Sunday, according to police estimates. (ER: The real numbers are likely to be much greater.) The participants condemned the government’s Covid-19 policies, including vaccination and the rollout of a coronavirus health pass, which they claim infringes on human rights and freedoms.

🇧🇪 The Brussels firefighter and care worker protest before the police jumped in and shot tear gas and water at them “for their health”. pic.twitter.com/J7RYH8VjxW

The marchers were escorted by a large police force, with the event proceeding peacefully overall and only sporadic object-throwing at officers reported. The protesters were seen carrying assorted placards, reading “Covid is an organized genocide,” “QR = swastika,” “United for our freedom, rights and our children,” and the like.

While the majority of marchers seemingly dispersed of their own accord after the event was over, a smaller group of rowdy protesters ran into a heavy police barricade guarding the perimeter of Brussels’ EU quarter, housing the European Commission and other Eurocrat buildings.

Footage from the scene showed the protesters pelting police officers with flares, fireworks and other objects. Law enforcement responded with tear gas and water cannon, with at least one protester seen knocked down and swept away by the water jet. The police urged the crowd to disperse, threatening to arrest those who didn’t comply.

Protests against anti-coronavirus restrictions continue for the third consecutive weekend in Brussels, with thousands hitting the streets of the city to condemn the government policies. Ahead of the new round of the protests, Brussels announced new restrictions aimed at tackling the spread of Covid-19 and its recently-detected variant, Omicron.

The new measures include mandatory mask-wearing for children as young as six, as well as the limiting of indoor events to 200 attendees. The government also announced the closure, a week early, of day care centers and schools for the upcoming holidays, citing the coronavirus situation.

Over the past week, some 17,800 new cases (ER: really? among the vaccinated?) of coronavirus were detected in the country on average every day. Belgium, a nation of some 11.5 million people, has registered over 1.8 million cases of Covid-19 since the beginning of the pandemic, with more than 27,000 people succumbing to the disease. 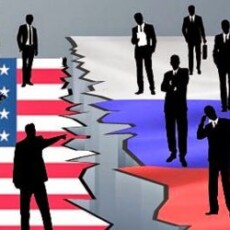