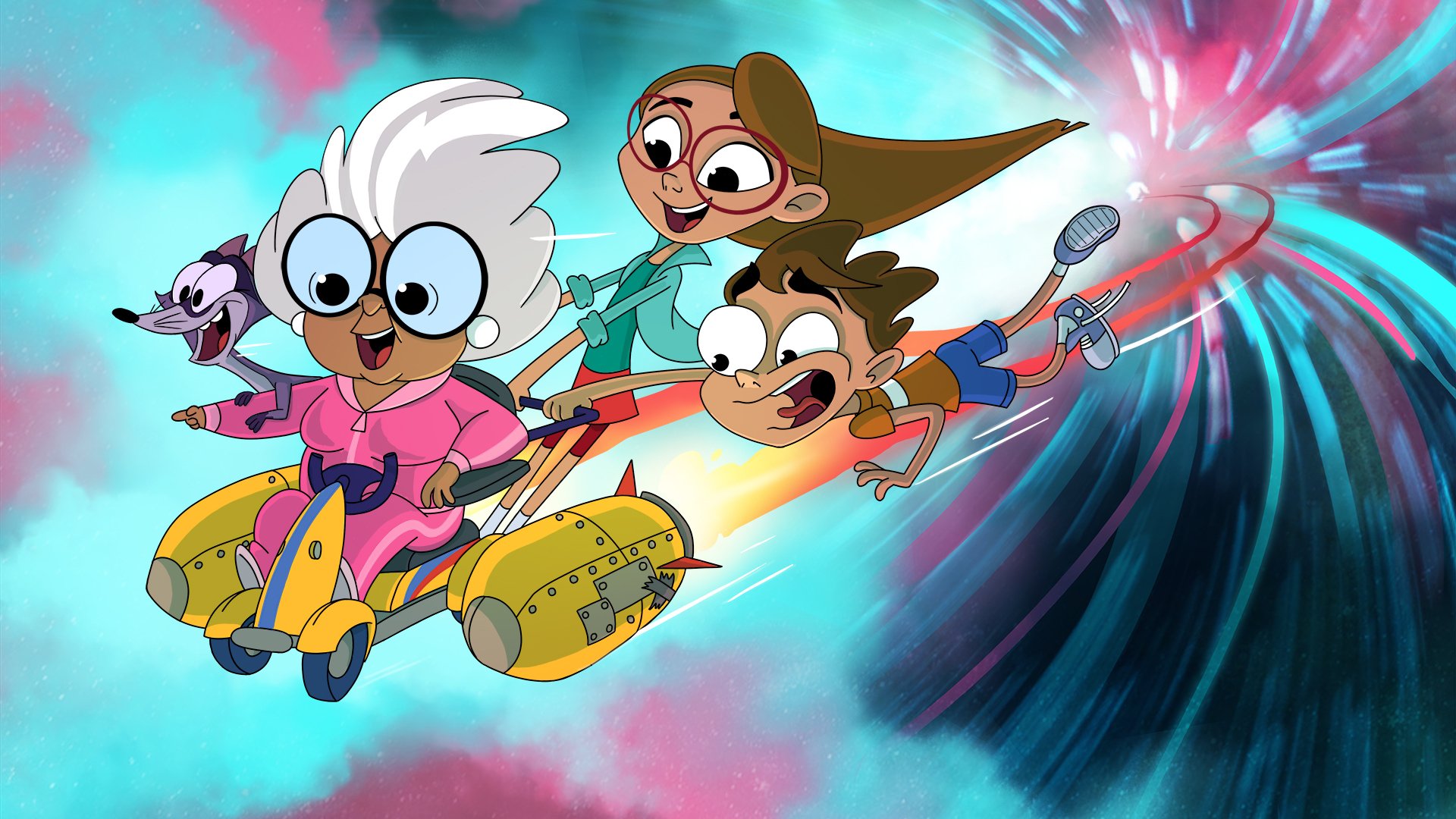 Known for recent successes with “Dry Bar Comedy” viral videos and unconventional biblical adaptation “The Chosen,” VidAngel Studios based in Provo, Utah announced it has raised $1.07 million in crowdfunding for kids entertainment show “Tuttle Twins.” Author Connor Boyack, whose Tuttle Twins books are geared to elementary-age children, will serve as an executive producer of the animated version.

“Our book series was born of a need and a desire to teach children ‘classical liberal’ ideas,” said Boyack in an interview. “Now we call them conservative or libertarian values: justice, property rights, personal freedom, and personal responsibility. As a father of two children, I literally went on Amazon searching for books to help teach kids those ideas and came up short.”

He and an illustrator friend raised tens of thousands of dollars to produce their first book in 2014. Six years later, their 11 children’s books have now sold more than 1.5 million copies.

Hoping to springboard off that success, VidAngel president Neal Harmon says their animated series will bridge a “huge disconnect” between Hollywood and the nation’s heartland. “There’s an overlooked segment of 41 million Americans who want content for their families that reflects their values,” said Harmon. “These underserved [audiences] need not feel powerless to impact our culture any longer.”

.@VidAngel has announced it hit $1 million in crowdfunding for https://t.co/8tJj1tbPQK animated show

With its million-dollar haul, “Tuttle Twins” ranks as the top crowdfunded children’s entertainment project ever, outraising past efforts from the creators of “Adventure Time” and famed film director Don Bluth (“The Land Before Time”). Daniel Harmon, a creative ad executive and brother of Neal, will serve as showrunner for the “Tuttle Twins” team.

“Our goal is to make this a good cartoon series grounded in great storytelling,” said Harmon in an interview. “The pilot has been created, though currently it’s only in animatic form. People can watch it on our site and get a sense of the story, adventure, comedy, and how we’re depicting these principles.”

Both fathers of young children, the co-creators say recent headlines back up the need for this venture. Last year, a Harris Poll found half of millennial and Gen Z respondents would prefer to live in a socialist country.

“The emerging generations are being seduced by socialism and even communism,” said Boyack. “This reflects an abject failure to teach history and critical thinking, and to expose young people to ideas such as free markets, property rights, and individual liberty. Where schools have failed, parents need to step in and fill that void.”

As president of Libertas Institute, Boyack advocates for libertarian policies in his day job. Writing kids’ books started as a “fun side project” that quickly had substantial market response. He started by adapting French economist Fredric Bastiat’s 1850 classic “The Law,” distilling nearly 100 pages into a breezy illustrated kids’ book.

Since then, essential reads from libertarian authors F.A. Hayek, Ayn Rand, Murray Rothbard, Ludwig von Mises, and even former senator Ron Paul have been adapted as “Tuttle Twins” books. “We’re taking core principles from those original works and turning them into a fun, beautifully illustrated story,” said Boyack. “Then kids and, frankly, their parents as well, are learning the main ideas from these big thinkers.”

Described as “a clean-cut Mormon with a Republican background” by HuffPost, Boyack and Harmon share an affiliation with The Church of Jesus Christ of Latter-Day Saints. Just as his children’s books have been embraced by conservatives broadly, they intend the same for the animated series.

“In that first book, the twins learn that rights of life and liberty originate from God,” said Harmon. “It’s straight from Bastiat, and it’s central to my core beliefs. But how it’s captured in the cartoon series will be inclusive. We’ll acknowledge that freedom of religion is a right, but religion is not what we’re pushing here.”

The story themes are largely economic in nature, with one title centered on the Golden Rule. “We have a sizable chunk of our audience who are secular, agnostic, or atheist,” said Boyack. “They believe in these core ideas of human flourishing and strong societies, but they approach it apart from God. These aren’t Christian or American principles, they’re universal.”

When challenged that some see free markets as empowering big corporations rather than individuals, Boyack has an answer at the ready.

“Capitalism and free markets are what make the poorest people today wealthier than the kings of a century ago,” said the author. “The standard of living for people has risen in every segment of society. Today, we see low-income people in African nations who have smartphones able to send and receive digital currency and access the world’s information.”

Assembling a team of comedy and creative writers, Harmon aims to produce top-notch, fast-paced stories for the small screen. “We want kids to be entertained and think it’s fun,” he said. “Create something kids want to watch, regardless of the principles, then they’ll choose to watch it over all their other options.”

His elevator pitch for “Tuttle Twins” has been finely tuned. “Our creative vision is to mix the comedy of shows like ‘Phineas & Ferb’ and ‘The Simpsons,’” he said. “Then we’ll add the educational teaching and family friendliness of series like ‘The Magic School Bus.’”

Family animation has become a crowded marketplace, with no shortage of hubris among rivals. “We want to beat Disney in family animation,” said Reed Hastings, co-CEO of Netflix, in a recent interview. “That’s going to take a while. I mean, they are really good at it.”

Working with a relatively small budget, VidAngel plans to finalize show scripts with an ad-hoc internal team then farm out character design, backgrounds, and production to an animation house. Harmon says they’re in talks with various teams that have “worked on projects for Disney, Hasbro, and Sony Animation,” although he declined to name specifics.

Part of their vision from the outset is for the show to reach international markets. “A lot of the success of the series will depend on the ability to appeal to diverse audiences,” said Harmon. “That includes ethnic diversity. In the show, the twins have a grandma who is Latina and a first-generation immigrant who has a significant role.”

Considering “Tuttle Twins” books have already been translated into ten languages, author Boyack supports this broadening of the message. “These ideas about forming a strong society are applicable to people of all ethnicities, religions, and cultures,” he said. “With this cartoon series, we have an even greater opportunity to support families all over the world.”

The Power of Big Ideas

With production underway, season one of “Tuttle Twins” will be comprised of four half-hour episodes. VidAngel has confirmed exclusively that the first episode will premiere in early 2021, via streaming avenues to be announced.

More than any aspect of production or storytelling, ideas behind the series excite show creators. “I think everyone likes their freedoms,” said Harmon. “But there’s a giant gap between the number of people who like freedom and the number of people who really understand what freedom is. Where this show has an opportunity is to bring clarity and define these ideas.”

To illustrate the power of dramatic narrative, Harmon brings up the “Spider-Man” movie trilogy starring Toby Maguire. “We all remember that principle, ‘With great power comes great responsibility,’” he said. “It stuck in our heads because it was wrapped up in such a great story. We want these ideas to really sink in, and you do that through compelling stories.” 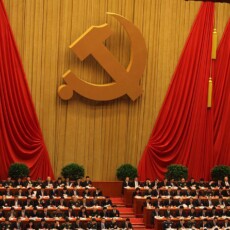