Miami, Florida – A federal district judge in Ft. Pierce has sentenced a military veteran, and self-proclaimed bodybuilder, to one year in federal prison after lying to the VA in order to obtain disability benefits.

Zachary Barton, a veteran of the United States Army, lied about the extent of his mental and physical impairments to receive U.S. Department of Veterans Affairs (VA) disability benefits to which he was not entitled. Specifically, Barton manipulated the results of subjective tests of mental health claiming he was in combat, which made him eligible for benefits relating to PTSD and self-reported his inability to lift weights more than 10-20 pounds or walk without the benefit of a cane. The VA found that Barton was 100% disabled based on the manipulated test responses.

Despite his claimed impairments to the VA, surveillance footage, social media posts, and other evidence showed Barton had no such limitations. Barton engaged with and provided workout advice to others and performed strenuous weight-lifting activity, including leg pressing 650 pounds and chest pressing over 300 pounds. He performed activities of daily life such as shopping, driving a car and walking his pet without any difficulty.

In addition to the one-year prison sentence, the court ordered Barton to pay $245, 932.52 in restitution to the VA. 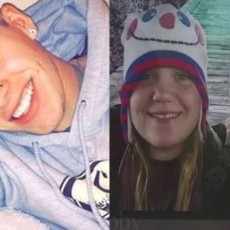