A repatriated ISIS fighter has pleaded guilty to a terrorism charge.

Omer Kuzu – a 23-year-old U.S. citizen captured by the Syrian Democratic Forces and returned to the U.S. by the FBI after a five-year stint handling communications for ISIS – pleaded guilty Wednesday to conspiring to provide material support to terrorism.

“The Department of Justice remains committed to holding accountable those who have left this country in order to join and support ISIS,” said John C. Demers, Assistant Attorney General for National Security. “We are thankful for the work of our foreign partners and the FBI in returning Kuzu to this country to face justice in an American courtroom. We hope countries around the world, including our European allies and partners, will likewise take responsibility for their own citizens who traveled to support ISIS.”

“This defendant, an American citizen radicalized on American soil, pledged allegiance to a brutal terrorist group and traveled halfway across the world to enact its agenda,” said U.S. Attorney Erin Nealy Cox for the Northern District of Texas. “The United States must do everything we can to prevent and deter this type of radicalization and prioritize prosecution of those that support the terroristic agenda of ISIS. I am gratified Mr. Kuzu faced justice in an American court.”

“Preventing terrorism remains the FBI’s top mission priority. The defendant intentionally left the United States to join, train with, and fight on behalf of ISIS. The North Texas Joint Terrorism Task Force worked closely with our domestic and foreign partners to ensure the threat he posed was mitigated,” said FBI Dallas Special Agent in Charge Matthew DeSarno. “We remain vigilant in our effort to prevent terrorism as well as hold terrorists, and those who provide support to terrorist organizations, accountable for their actions.”

They traveled to Orfa, Turkey, where an “ISIS taxi” picked them up and smuggled them across the border into Syria. They crashed in a series of “waiting houses” before ending up in Mosul, Iraq.

In Mosul, alongside 40 other foreign fighters, the brothers underwent five days of physical and weapons training led by ISIS instructors. They were then sent to Raqqah, Syria, where Kuzu started work at the ISIS telecommunications directorate.

Shortly thereafter, Kuzu admits, he pledged allegiance, or “Bay’ah,” to ISIS leader Abu Bakr al-Baghdadi and the Islamic Caliphate. He was given a monthly stipend, a Chinese-made AK 47, and an ISIS bride.

Subsequently, Kuzu was sent to the second lines in Kobani, Syria and Hama, Syria, to provide communications support for ISIS fighters on the front lines. He also worked in the Caliphate’s technology center.

In March 2019, Kuzu was captured by the SDF, alongside 1,500 suspected ISIS fighters. He was handed over to FBI custody, returned to American soil, and charged with conspiring to provide material support to ISIS.

In his plea papers, Kuzu admits that he knew ISIS had been designated a foreign terrorist organization (FTO) and engaged in terrorist activities. 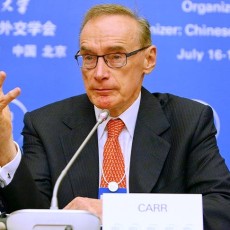 ‘That’s the way these things work…’ Bob Carr and China 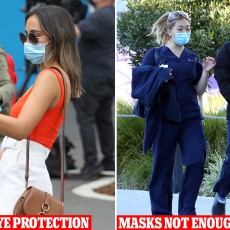