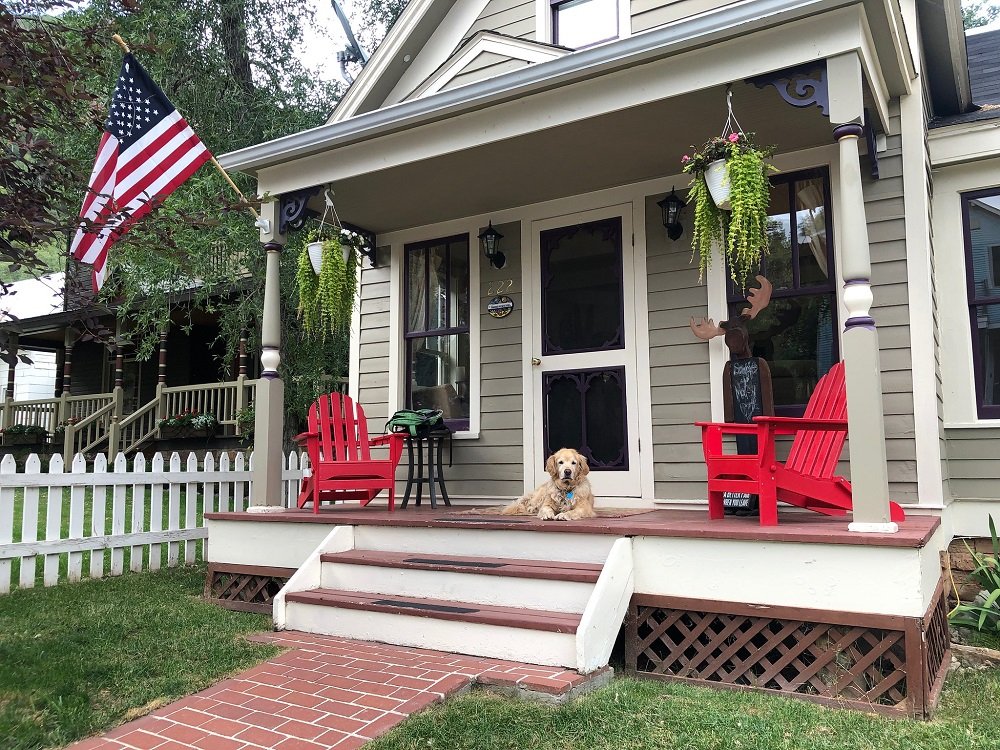 While driving around my neighborhood early this fall, I suddenly realized I was seeing bare yards where in previous election years there have always been billboard-sized Republican signs. Once I started seeing ghosted Donald Trump signs, I couldn’t unsee them.

Judging by my neighborhood and those nearby in my Midwestern town, plenty of Democrats feel safe displaying their voting preferences, but Republicans do not. While I see scattered Biden signs, I have seen precisely zero signs for any Republican. Zero. This dynamic illustrates a summer Cato poll showing that 52 percent of Democrats and 77 percent of Republicans have political views they are afraid to share.

We’re in a blue-leaning neighborhood, but historic voting records say there are plenty of Republicans around. Still, none has put out a sign. At least, not a conventional one.

During the summer Black Lives Matter riots, I marched to the local hardware store and picked out an American flag. Several had been sold out. My husband put ours up and we picnic out on the front porch under its wave.

We went with an American flag because, like hundreds of U.S. towns and cities, our city saw leftist civil unrest this summer and BLM graffiti went up in our neighborhood. We didn’t want it on our house or cars. It may be cowardice, but I have a bunch of small kids and I don’t have time for scrubbing out spray paint. Our police haven’t prosecuted the petty thieves who plague our neighborhood, nor the louts who have perpetrated various kinds of hit ‘n runs. It’s not likely they will find or punish any BLM vandals.

So there’s no point in making ourselves a target, was my thinking. But I couldn’t help the flag because America is being badmouthed and I felt I needed some way to virtue signal about how much we love the country that has given us the best life available on planet Earth.

A few weeks after we put up our secret Trump sign, I started to see more go up in my neighborhood. On one nearby street, five formerly bare houses in a row now sport brand-spankin’ new American flags from their porches.

While I have seen a total of two houses that sport both a Biden sign and an American flag, on about 95 percent of the American flag-waving homes I see no other political indicators. I assume most are Trump supporters, because the Democrats plop their Black Lives Matter and Biden and “Nope” orange-swoosh signs out loud and proud. If the flag-wavers happened to be Democrats, they seem more likely to let everyone know it. And they’re not.

The Cato poll found that strong liberals were the most comfortable sharing their views, while strong conservatives were the least comfortable doing so. That also fits what I’m seeing in my neighborhood. Many of the anti-Trump signs are rude, even though one of the top reasons the media tells us not to vote for Trump is his rudeness.

A Federalist writer in another Midwest state said no Trump signs are to be seen anywhere in her suburbs, but the Trump “tell” is a sign expressing support for police. She’s never seen a pro-Biden house that also sports a pro-police sign.

A Federalist writer who roadtripped around the West this summer reports that big Trump signs were visible in rural and suburban areas there. Another writer says her mother in West Virginia was the first to put up a Trump flag and then they started popping up all over her street.

While vacationing in Ohio near Pennsylvania in a small town in July, we saw Trump and Biden signs all jumbled up in the same neighborhood. A Federalist colleague reports seeing the same during a summer visit to suburban Cincinnati, Ohio.

There’s been a lot of talk about the “quiet Trump voter” phenomenon and red observers’ suspicions that Trump has more support than pollsters can get people to confess. Recently in The Spectator U.S. edition, an anonymous Pennsylvanian wrote that she is a suburban woman who “will not be posting about my support for Donald Trump on my Facebook page, nor will I be placing his campaign sign in my yard.”

“Doing so could make me or my family a target,” she notes. “Might my employer, which has made a public statement in support of Black Lives Matter, be notified about my support for Trump? Stating my position is just not worth the risk, nor is debating my friends, who have become so extreme in their stances that their only defense is to accuse everyone with an opposing viewpoint as racist.”

There is plenty of evidence that this is true. BLM protesters in Wisconsin towns threw bricks through the windows of homes and apartments. Yelp just began helping people who see racism under every doily smear small local businesses as racist without proof. Moms who participate in mommy Facebook groups have noticed that in recent years they have been required to sign leftist affirmations of faith in order to chat about cloth diapers and baby slings.

We’ve all seen corporate media and Biden and Harris talk about how BLM is a “peaceful protest movement” while we watched it block our routes to work, threaten people eating outdoors at restaurants, and vandalize buildings. We’re all getting the suffocating emails from every major internet service provider like Amazon, Google, and Twitter about how proud they are to contribute to communist organizers who hate America.

We’ve seen their ridiculous, politically motivated, and anti-reality censorship of accurate information, such as that the research on general-population mask-wearing is at best inconclusive. We’ve seen friends and family follow suit with personal pleas or demands to not vote Trump because then we will be implicated in trying to mitigate unborn genocide and further Middle Eastern peace.

At The Federalist, in the past three years our requests for author anonymity have skyrocketed, and editors at other conservative publications say the same is happening to them. People are scared to out themselves as conservatives.

“Almost one‐​third (32 percent) of employed people say they worry they could get fired or miss out on job opportunities if their political views became known,” says Cato pollster Emily Ekins in a discussion of the poll cited above. “…Sixty percent (60 percent) of Republicans and 49 percent of Independents with post‐​graduate degrees fear being penalized at work if their political opinions became known, compared to 25 percent of Democrats with post‐​graduate degrees.”

This underscores a dramatic asymetry in social freedoms between conservatives and liberals. It is a quiet tension, but significant. It is a result of leftists being the aggressors in the culture wars. They’re here, with fear, get used to it.

Conservatives know putting a Trump sign in our yards will have many Democrats thinking we’re deplorables. That’s not exactly what I want foremost in my neighbors’ minds when we’re shaking hands at a neighborhood BBQ. I’d at least like them to give me a chance rather than writing me off as if they know everything about me because they saw my sign (or know where I work). Stereotypes are not okay for women, LGBT people, and all ethnicities except “white,” but they’re weapons against those who vote Trump.

Americans with roots in repressive countries such as Cuba, former Soviet satellites, Middle Eastern dictatorships, and China are saying this social climate reminds them of what they aimed to leave behind by emigrating to the United States. I view my flag as one little way to keep America the land of the free that the flag itself stands for. That, and voting. 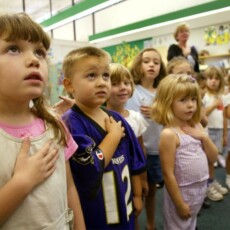 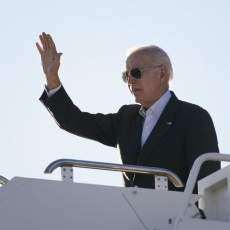