All players competing in the first game of the NBA restart took a knee and locked arms during a recording of the national anthem Thursday night at ESPN Wide World of Sports. The New Orleans Pelicans and Utah Jazz wore Black Lives Matter warm-up shirts and were joined by coaches and game officials, who also knelt for the anthem.

Some players raised fists in the air, while others closed their eyes and bowed their heads.

The league has vowed to make fighting racial injustice the focus of the NBA restart, painting “Black Lives Matter” on every court and giving players the option to have anti-racism phrases displayed on their jerseys.

Before the anthem played, various players spoke without their faces being featured on the TNT broadcast screen, sharing their commitment to fighting police brutality and other forms of racial inequality.

Minutes before tipoff, the TNT broadcast team reacted to the anthem protest.

“That was beautifully done. Done in unity. Nice to see,” former Orlando Magic star Shaquille O’Neal said on TNT. “Again, when you have your platform, I think it’s very important that you speak up, very important that you speak your mind. But when you talk about changes, also you have to talk about protocol. So we use our voice to raise awareness, now we have to go vote. We have to vote our mayors in — our mayors appoint chiefs of police. We have vote senators and politicians. It doesn’t just stop with sending out a tweet or just yelling all the time. We have to continue to fight, continue the movement. … I’m proud of everyone.”

Charles Barkley said it was important to give players freedom to react.

“The national anthem means different things to different people. I’m glad these guys are unified. If people don’t kneel, they’re not a bad person. I want to make that perfectly clear. I’m glad they had unity, but if a guy who doesn’t want to kneel because the anthem means something to him, he should not be vilified.”

The @PelicansNBA & @utahjazz kneel for the National Anthem ahead of the NBA restart. pic.twitter.com/TCFolP06HM 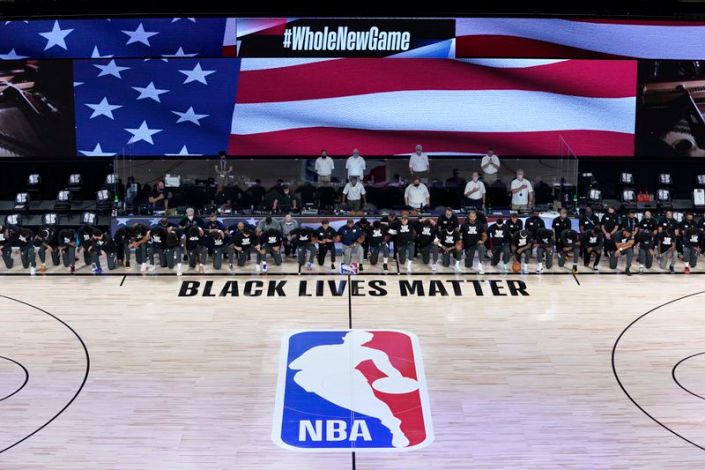 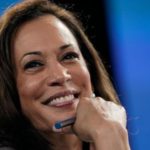 Kamala Harris tweet that promotes ‘protecting the vaccinated’ raises eyebrows: ‘Isn’t that what the vaccine is supposed to do?’