IT’S time to “fess up” PM Albanese. Are you going to switch Australian paper money to mandatory digital money so your Canberra bureaucrats can track, trace and control us like never before?

Do tell us if the topic came up at the G7, NATO, the World Economic Forum and all the other global gatherings you and your entourage have been trotting out to lately. We know there is a serious financial crisis and the globalist mob as exemplified by Herr Schwab and Gates are drooling at the prospect of using this crisis to bring “common folk” under totalitarian control.

We also know you pledged Labor’s support for the G7’s “infrastructure strategy in developing countries”. “The core of the initiative involves catalyzing private capital to invest in global infrastructure, with a focus on four areas: climate, health and health security, digital technology, and gender equity and equality,” writes a bureaucrat from the US Center for Strategic and International Studies.

We note “digital technology” and all that infers, along with the woke “gender equity” and “climate” crap the globalists push relentlessly.

We have it on good authority, namely monetary and economic researcher Jim Rickards, that your little mate Joe Biden and the Federal Reserve bank are developing a mandatory digital dollar. And what Joe Biden decrees, you follow obediently – especially when it comes from a fellow-travelling “social democrat” administration and the G7 puppet masters.

“Looks like Joe Biden and the Fed’s plan to develop the digital dollar is moving from the research stage to the development stage – exactly what I’ve been warning you about with my new ‘Biden Bucks’ thesis,” Rickards writes in a newsletter.

“To catch you up (if you haven’t heard), I believe the US dollar, the standard of the world since 1792, will be replaced by a new currency, the digital dollar. These new electronic currencies are called CBDCs, or ‘central bank digital currencies’.

“But I like to call them ‘Biden Bucks’ because I want him to take full credit for what I consider to be crimes. And these Biden Bucks will have the full backing of the US Federal Reserve. They will replace the cash (‘fiat’) dollar we have now and will soon be the sole, mandatory currency of the United States.”

So tell us Mr Albanese, how are you and the big shot bureaucrats who run you going to soften up the Aussie populace to give up their cash? Surprise us and tell us how you will have a people’s referendum to make the necessary changes to the Constitution, the Reserve Bank Act 1959 and the Currency Act 1965 to get rid of legal tender.

Rickards warns that the digital dollar will begin an era of total government control and surveillance and dramatically expand the power and influence of the US federal government who will use the CBDC as a new type of spyware. But you and the caring, sharing Labor Party wouldn’t do that, would you Anthony?

“With Biden Bucks, the government will be able to force you to comply with its agenda. Because if you don’t, they could turn off your money. Think this is far-fetched? Well, all of this is underway right now,” says Rickards.

He noted in an earlier warning that “the Federal Reserve was studying a possible Fed CBDC at a research facility at MIT (Massachusetts Institute of Technology).

“Now the idea has moved from the research stage to preliminary development.Fed chair Jay Powell said, ‘A US CBDC could…potentially help maintain the dollar’s international standing’.”

“In a world of CBDCs, the government will know every purchase you make, every transaction you conduct, even your physical whereabouts at the point of purchase. It’s a short step from there to negative interest rates, account, tax withholding from your account, and even putting you under FBI investigation if you vote for the wrong candidate or give donations to the wrong political party. If that sounds like a stretch, it’s not.”

Rickards has produced a report showing ways to “sidestep” this type of digital dollar and total surveillance state that is coming soon. Anthony and his boys would not be impressed and they and their media mates will make sure that any attempt at protecting one’s personal wealth is criminalized, because “The State owns you”.

The report, titled The Asset Emancipation System: Securing Your Sovereign Wealth and Freedom, reveals some “off the grid” ways to protect your wealth and keep it out of government’s sight. Oh dear, how dare we assert property rights. 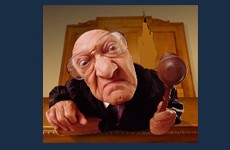 Hope this helps those seeking justice 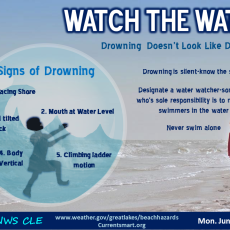