Starting this October, Japan Airlines will no longer address passengers as “ladies and gentlemen.” A company press release announced “gender-based honorific titles … will be abolished,” replaced with gender-neutral greetings like “everyone” and “passengers” for English-speaking travelers on all flights and throughout their terminals.

JAL spokesman Mark Morimoto told The New York Times, “We aspire to be a company where we can create a positive atmosphere and treat everyone, including our customers, with respect.” It certainly marks a strange turn when referring to others as “ladies and gentlemen” is disallowed because it’s disrespectful. After Air Canada and EasyJet, JAL is the third airline to adopt such a policy.

Even though this is a seemingly insignificant, token bow to ubiquitous LGBT sensitivities, it is a policy change that is worthy of contempt. Why? Because of basic logic and the essence of what it means to be human.

Every person boarding a Japan Airlines plane is either male or female, a boy or a girl, a lady, or a gentleman. Every. One. There is no third option. “Non-binary” is not a thing, and no amount of wishful thinking can change that.

The LGBT construct itself proves the point as it requires the binary. The “L” and the “G” are ladies and gentlemen who are attracted to ladies and gentlemen of the same sex. What other players from the supposed rainbow spectrum of genders are included among the “L”s and the “G”s? None. And the B? It’s not called “Bi” for nothing. And then the T? Transgenderism is a binary, two-way street running from male-to-female and female-to-male. There are no other options.

The new JAL policy denies the human essence of every customer that boards their planes. Each JAL passenger has a birth certificate clearly marked male or female and no other. (Yes, a minuscule few have certificates noting them as non-binary, but they have done so only recently after exerting significant political pressure to change what medical professionals had previously determined. They are a dramatically rare exception that proves the rule.)

As each passenger passes through airport security, if he or she requires additional screening, it is carefully conducted by highly trained professionals who are very much attuned to whether they are processing a lady or a gentleman.

The files at their doctor’s office are carefully and correctly noted either male or female. If any of their travelers undergo surgery, the medical professionals are extremely careful to note whether the patient is a lady or a gentleman. Why? Because these two types of bodies are very distinct from each other in remarkably important ways and these differences will demand a distinct medical approach. And this is not just reproductive. Men and women have different and distinct cardiovascular systems, neurological systems, and respiratory systems.

There is no such thing as a non-binary person. If you ever have the pleasure of meeting anyone who claims to be such a person, you will be meeting someone who is simply a male or female who doesn’t see their maleness or femaleness in the typical fashion.

Sometimes they will identify as the other sex, like these two. Or they will merely identify in a more androgynous manner, presenting with some form of gender-neutral clothing, hair, and personal grooming like this individual. They are not, however, some new kind of gender or sex. Their non-binarity exists in their head, in their own self-conception. For the human species, non-binariness does not objectively exist in nature.

This points to one of the great ironies of contemporary gender theory. Its dominant tenant is that “males” and “females” do not exist but are merely social constructs. You learn that in the first 15 minutes of your first gender studies class. That is unless you are trans. Then, and only then, are you actually, truly the woman or a man nature made you to be.

Thus everyone else is required, through the threat of law and public shaming, to recognize and honor you as such. It is such a serious thing that referring to such people with the wrong pronoun can sometimes get you fired from your job.

So, in the wacky world of gender theory, you are a woman, not if you actually are, but only if you believe you are. This is the make-believe game that Japan Airlines and so many other companies are playing along with.

But, you might ask, “Aren’t intersex people non-binary?” No. Being intersex is a whole other thing. A non-binary identity exists in the mind. Being intersex is an objective, physiological condition where one’s body does not develop regularly in terms of clearly indicating one’s male or femaleness — either externally, internally, or both. The person’s male or femaleness is there. It’s just that body is sending some unclear signals as to what its sex is.

The Intersex Society of North America, an advocacy group for intersex individuals and their families, does not believe that intersex is another gender beyond the binarity of male or female. And they expressly do not support degendering society. Intersex people are exceedingly rare in human experience. Furthermore, The Journal of Sex Research reports that it encompasses only 0.018  percent of the human population.

Now, if a person wants to believe he or she is not the male or female that his or her body is, that person has that right. We all have the right to believe nearly anything about ourselves. While objective medical science will refute them readily, someone can even believe they are neither male nor female.

When, however, society at large — be it a local, state or federal government, a school, place of employment, or a multi-national corporation — dictates that we must all play along and that the words we use must align with that person’s alternative reality, we have moved into very problematic territory. It is reasonable — even virtuous — to resist such efforts.

Policies that impose belief in a false reality violate the beauty and essence of humanity and society. Male and female are biological terms. Ladies are gentlemen are elegantly human, societal terms. They are aspirations, ideals for what we would like males and females to become, and for how they should conduct themselves.

Would you rather the seatmate on your 13-hour flight from Tokyo to NYC to be a man, or a gentleman? A woman, or a lady? You know the difference, and each subsequent hour of your trans-Pacific flight will reveal it soon enough if you aren’t sure. One is someone you might have to endure. The other will be someone who will make your journey all the more pleasant.

There is everything worth celebrating about being a lady or a gentleman. Talking about such distinctions in public places — like airports — is a good thing and hurts no one. Words matter, and we abolish them to our great peril. 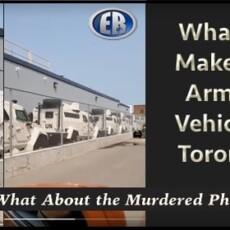 What to Make of Those UN Vehicles Parked in Ontario? 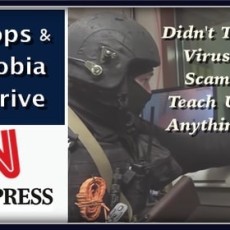