Sevierville, TENNESSEE — A frightening situation was unfolding at a Walmart store in Sevierville Wednesday afternoon. Local media reports a man with a gun was shooting inside the box store, located at 1414 Parkway.

WVLT reported: Between 20 and 30 Walmart customers were safe harboring inside the Chick-Fil-A store that he manages. The restaurant is next door to the Walmart. Cummings said a civilian safe harboring inside his store reported a fight between two men which resulted in one of the men pulling out a gun. People nearby became alarmed which caused panic to ensue.

Cummings said one of his employees was inside the Walmart when customers were alerted over the loudspeaker that a man with a gun was moving through the store.

Multiple law enforcement agencies were on scene. There were no confirmed injuries at the time of this posting. 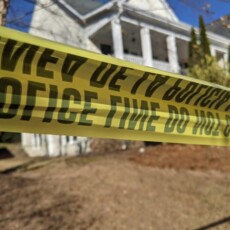