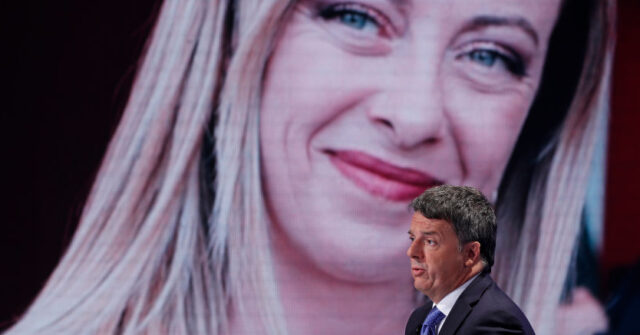 Former liberal Prime Minister of Italy Matteo Renzi has dismissed alarmist claims in the global media that incoming Prime Minister Giorgia Meloni is a “danger to democracy”, telling CNN “the idea that now there is a risk of fascism in Italy is absolutely fake news.”

“Personally, I was against Giorgia Meloni. I’m not her best friend. We grew up together in politics, but we are, and will be, rivals, always,” said Renzi, who served as Prime Minister of Italy for nearly three years until December 2016, and is the leader of the liberal “Italia Viva” party.

“At the same time, I think [Meloni] is not a danger [to] Italian democracy,” Renzi continued. “She is my rival, and we will continue to fight each other, but the idea that now there is a risk of fascism in Italy is absolutely fake news.”

The former Prime Minister went on to say that Meloni won Sunday night’s election, “particularly because populism, a lot of times, [wins] in Italy.”

“She has a majority coalition, and probably she will be — I think next month — the next Prime Minister,” Renzi said, before doubling down on his claim that “democracy” is not at risk.

“That is very important, because I fought against her, but at the same time, I think there is not a danger for fascism in Italy,” Renzi affirmed.

Elsewhere in the interview, Renzi mentioned that he is “exactly the opposite of Giorgia Meloni, because she is a sovereigntist and I’m for Europe” [the European Union].

The international media has been quick to compare her to wartime fascist leader Mussolini, a serious allegation. Yet as Renzi’s comments demonstrate, not even Meloni’s own opposition inside Italy believes this to be true.

Indeed, there are genuine neo-fascists in Italy — like Casapound — but they get so little support at the ballot box they have now given up contesting elections as a waste of time and money.

Meloni has expressed her dedication to traditional family values, opposition to gender ideology and the LGBT lobby, as well as support for strong borders and an end to mass migration.

Currently, Meloni is being smeared by the establishment media as someone who is “comfortable” with “fascism,” simply because her motto is “We defend God, country, and family.” 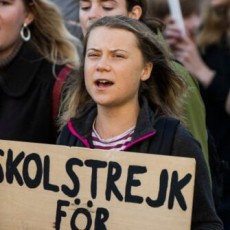 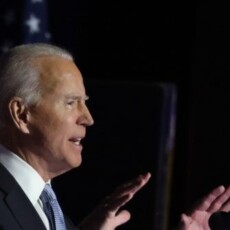 After a Campaign Comparing Trump to Nazis, Joe Biden Calls for Unity

Supercut | James Comey doesn’t recall anything about anything…