The Australian Open is scheduled to begin January 17th in Melbourne, the epicenter of Australia’s totalitarian COVID mandates.  Australia granted unvaccinated tennis superstar Novak Djokovic a visa to compete.  Australian border officials then attempted to block his entry and deport him because he was unvaccinated.

Novak Djokovic took the issue to the federal court in Australia and won his legal case against the Australian government.  However, earlier today Australian Immigration Minister Alex Hawke unilaterally cancelled his visa. 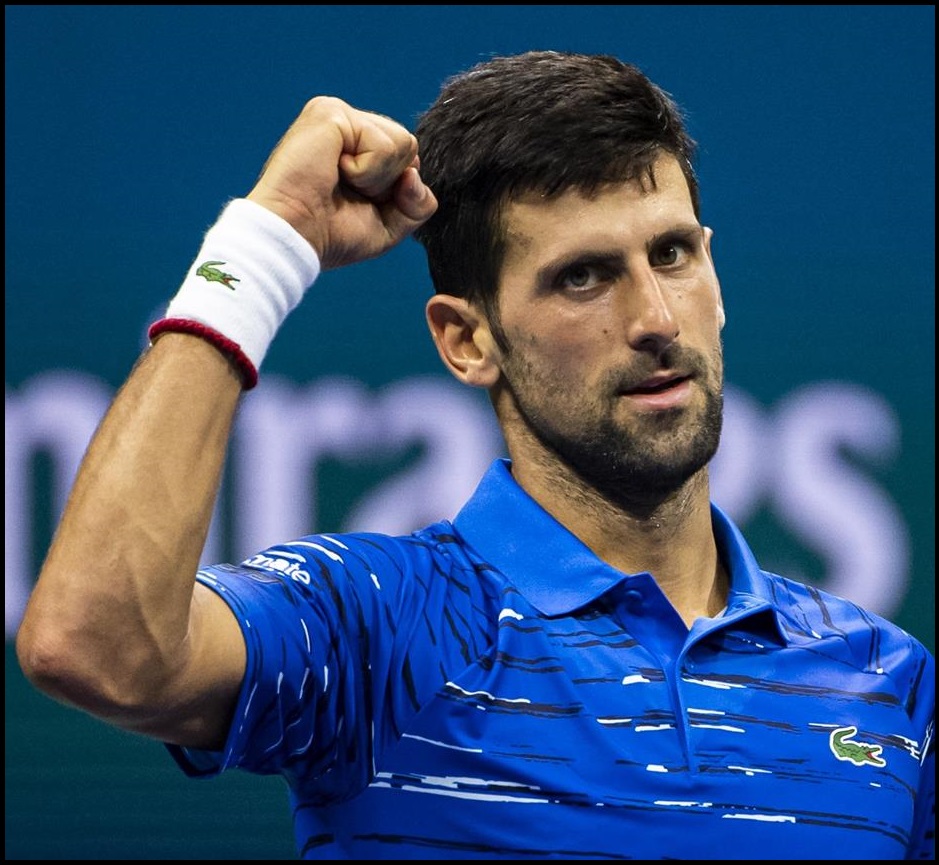 Under Australian law, Immigration Minister Hawke has almost unfettered powers to cancel a visa making any legal challenge to the decision very difficult.  The official statement from Alex Hawke is AVAILABLE HERE.

Today I exercised my power under section 133C(3) of the Migration Act to cancel the visa held by Mr Novak Djokovic on health and good order grounds, on the basis that it was in the public interest to do so.  This decision followed orders by the Federal Circuit and Family Court on 10 January 2022, quashing a prior cancellation decision on procedural fairness grounds.

In making this decision, I carefully considered information provided to me by the Department of Home Affairs, the Australian Border Force and Mr Djokovic. The Morrison Government is firmly committed to protecting Australia’s borders, particularly in relation to the COVID-19 pandemic. (read more)

Sky News has the following article: […] Following a federal court’s decision to overturn the original decision to cancel Djokovic’s visa, the government indicated it would consider using ministerial discretion to deport the Serbian tennis star.

Following days of delay, Mr Hawke finally announced his decision under Migration Act which gives the minister full discretion to deport a person.  Mr Hawke said the cancellation of Djokovic’s visa was made on the grounds of “health and good order” as well as on the basis of the “public interest”. (read more) 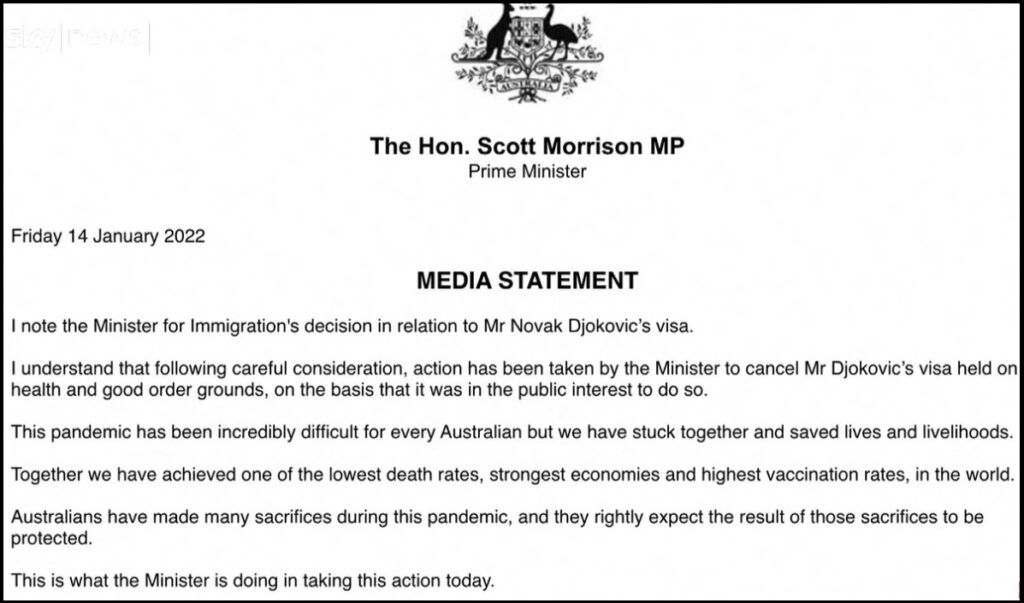 Pfizer CEO: ‘I Think We Will Need the Fourth Dose’ of COVID-19 Vaccine