The ABC and RMIT’s CheckMate fact check has exposed its bias by fabricating and then “debunking” a claim it attributed to Binary Australia in the lead-up to the Victorian election. Binary spokeswoman Kirralie Smith demanded a formal apology, and the ABC later backtracked.

In an embarrassing episode, the ABC’s fact-checking service, CheckMate, published in partnership with RMIT, has published the very kind of misinformation it ostensibly tries to combat. In the lead-up to the recent Victorian election, it debunked a claim that was, in fact, never made.

Under examination was Victorian premier Daniel Andrews’ school policy to allow children to transition without parental knowledge. Binary Australia’s flyer (see below) highlighted a section of the Victorian Department of Education’s website, which states:

“There may be circumstances in which students wish or need to undertake gender transition without the consent of their parent/s (or carer/s), and/or without consulting medical practitioners.

If no agreement can be reached between the student and the parent/s regarding the student’s gender identity, or if the parent/s will not consent to the contents of a student support plan, it will be necessary for the school to consider whether the student is a mature minor.

If a student is considered a mature minor, they can make decisions for themselves without parental consent and should be affirmed in their gender identity at school without a family representative/carer participating in formulating the school management plan.” 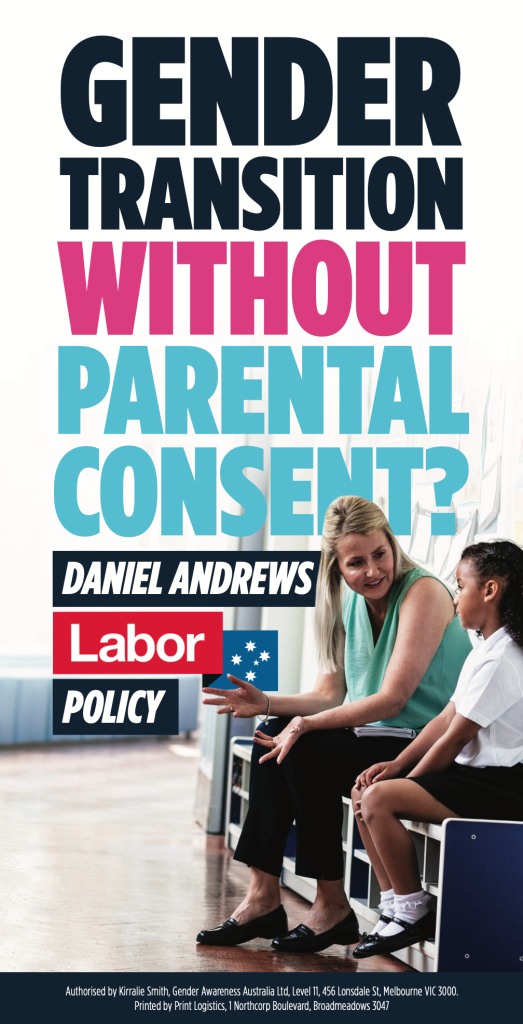 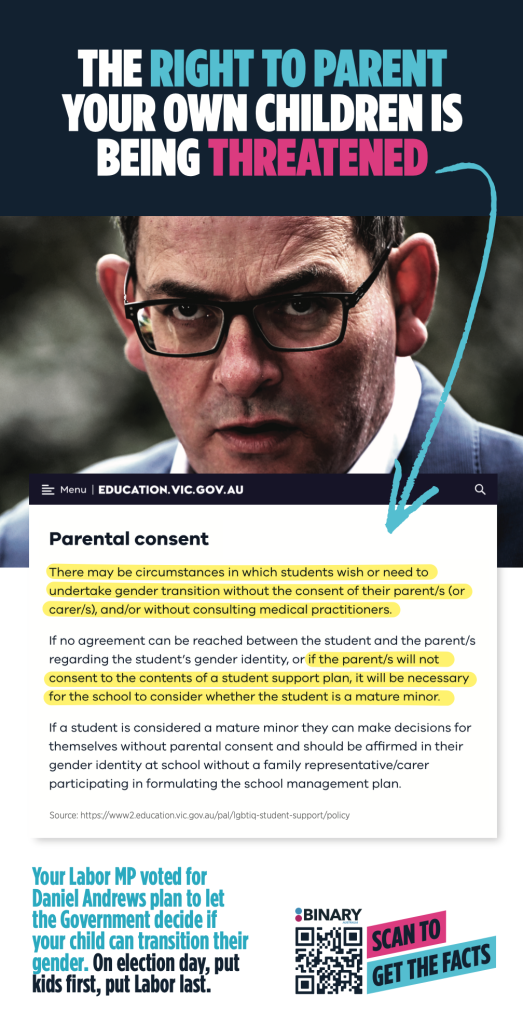 A Fabricated Claim by the ABC

Of course, the ABC was quick to leap to the rescue, accusing Binary Australia of spreading misinformation about the government’s policy.

The earliest iteration of the ABC’s “fact check” aimed to debunk a “claim” that Dan Andrews was allowing children to “access gender-affirming medical treatment without their parents’ consent”. It said that the “anti-trans group” had raised a “false alarm” in its flyer.

The claim appeared in a flyer produced and distributed by the group ahead of this month’s state election.”

The entire premise of the “fact check” should have been obviously false — at least to anyone who had seen the actual flyer. Not just misleading — blatantly fabricated.

Their actual claim was that the government allowed children to gender transition without parental consent. This claim was established — word for word — by reference to the Victorian Department of Education’s own website — the link was included.

As can be clearly seen, there was literally no mention of medical transition anywhere on the flyer. This point was noted by Binary Australia in an article responding to the ABC’s CheckMate article.

As Kirralie Smith from Binary pointed out, the ABC then went on to demonstrate exactly what the Binary flyer had claimed in the first place — that gender transition without parental consent was permitted by the Victorian government. Quoting from the same Department of Education page that Binary linked to in its flyer, the ABC wrote the following (apparently oblivious to the fact that they were establishing Binary’s claim by quoting the document that Binary cited):

“The government website listed by Binary Australia outlines the process for a student ‘affirming their gender identity’ at school, not undergoing medical treatment. … in cases where ‘no agreement can be reached between the student and the parent/s regarding the student’s gender identity’, a school can consider whether the student is a ‘mature minor’ and thereby able to make decisions for themselves. Such students ‘should be affirmed in their gender at school’.” (emphasis added)

The same Department page states that, under certain circumstances, a child can undergo a “gender transition without the consent of their parent/s (or carer/s), and/or without consulting medical practitioners”.

Binary Hits Back — and the ABC Backpeddles

The original article was published on 11 November 2022. Three days later, the Binary Australia group responded to the fact check with an article entitled, “ABC and RMIT gaslight Victorians”.

A full week later, an ABC editor attached a note to the fact check, stating that the article had been “updated” 1) “to clearly define the difference between ‘social transition’ and ‘medical transition’” and 2) “to accurately reflect Binary Australia’s materials”.

However, the article was more than just “updated”. A text comparison analysis shows that the updated article is almost a completely new piece, with sizeable portions deleted and numerous additions.

Instead of claiming that Binary raised a “false alarm”, the new article insisted that their material was missing “important context”. The original article asserts that the group “incorrectly claimed that it is Victorian government policy to allow school children access to gender-affirming medical treatment without parental consent” (emphasis added). The revised version has the following:

In fact, the flyers do more than just “claim” it; they literally show the policy — word for word. It’s not a claim; it’s a fact.

Rather than asserting that the claim was false, the new ABC article declared that “the flyer contained little information about what the organisation means by ‘gender transition’”.

Presumably, they mean the same thing that the Victorian Department of Education means by “gender transition without the consent of their parent/s (or carer/s)”.

Whereas the original article confidently asserted that “RMIT FactLab found this week, such suggestions are false”, the new article vigorously backpedalled:

“The lack of detail on the flyer and the use of a medical professional detailing serious physical medical outcomes could lead readers to surmise the government could give permission to minors to access medical interventions.”* (emphasis added)

The exact same accusation could be made against the Victorian Department of Education’s page that permits “gender transition without” parental consent.

One factual error that has not been updated in the revised “fact check” is the caption to the article image, which still states, “Despite a claim by Binary Australia, the Victorian government cannot give permission for a student to access medical treatments for gender dysphoria.”

It should read, “Despite a claim that we made up and then accused Binary Australia of making…”

In the end, the RMIT ABC fact check cannot debunk any of Binary Australia’s actual claims. Instead, it surmises that people could possibly be misled by the potential of confusing gender transition with medical intervention.

This kind of bias is not unexpected, coming from an organisation that is a member of ACON and gets rewarded for promoting transgenderism and other LGBTQ agenda items. This is something that even the ABC’s own Media Watch has flagged as a potential conflict of interest.

In the meantime, Binary Australia continues to wait for the retraction and apology they demanded. I think they deserve it.

*The reference to a medical professional was on Binary Australia’s website — where a paraphrased quote from Australian paediatrician Dr Dylan Wilson is included — not on the flyer itself. The flyer included no reference to medical transition. Hence, the ABC’s argument that the flyer could be misleading itself lacks evidence. 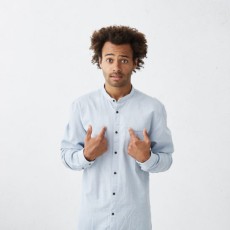 Can Anyone Identify This Teacher? 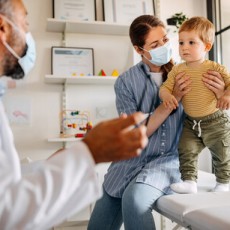 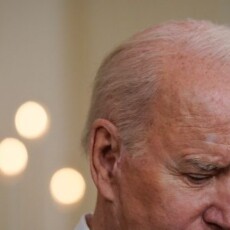 Is the United States Really Withdrawing from Afghanistan