Twelve individuals who are on the terror watchlist attempted to cross the southern border into the U.S. in August alone, Customs and Border Protection data shows, bringing the total of potential terrorists apprehended to 78 this year.

Fox News reports that the figures equate to triple the prior five years combined.

Reporter Bill Melugin, who has been ever present at the border, notes that CBP sources say there have been half a million ‘gotaways’ this year alone, and over 900,000 since the beginning of last year, begging the question how many of them were on the terror watchlist and are now roaming around the country freely?

Fox News’ @BillFOXLA: 78 people on the terror watchlist have been arrested at the border in 2022, “triple the previous 5 years combined.”

How many of the 850,000 “gotaways” are on the terror watchlist? pic.twitter.com/s2RurD4UY8

The terror watchlist contains the names of individuals “reasonably suspected” of being involved in terrorist activities.

Despite the figures released by CBP, showing record levels of encounters with undocumented migrants, over 200,000 in August alone, Biden officials continue to claim the border is secure.

According to the data from CBP, more than two million people have attempted to cross the border in the 2022 fiscal year so far. That figure equates to a 22 year high.

CBS: Under Biden, illegal immigrant encounters are “above 2 million this year for the first time.”

“We have already set a record and are on track to shatter the annual records.” pic.twitter.com/1FbLE41Vdi

“Failing communist regimes in Venezuela, Nicaragua, and Cuba are driving a new wave of migration across the Western Hemisphere, including the recent increase in encounters at the southwest U.S. border,” CBP Commissioner Chris Magnus said in a statement on Monday.

A source within CBP has also claimed to have received a Homeland Security report claiming that the Venezuelan government is purposely freeing prisoners, including some convicted of murder, rape, and extortion, knowing that they will attempt to get into the U.S.

Brand new merch now available! Get it at https://www.pjwshop.com/

In the age of mass Silicon Valley censorship It is crucial that we stay in touch. We need you to sign up for our free newsletter here. Support our sponsor – Turbo Force – a supercharged boost of clean energy without the comedown. Also, we urgently need your financial support here. 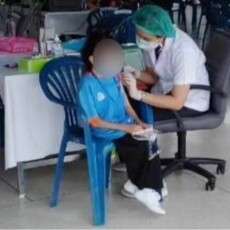 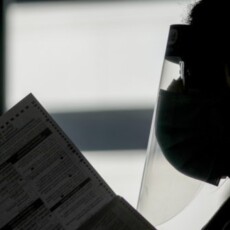