Unless fear and comfort are the true pillars of the Church

Let me start by saying, everybody acts from faith. Faith in something, no matter what it is.

A billion Catholics are not the Vatican.

The Vatican, through the Pope, has made its position clear: take the COVID vaccines.

But then there are the consciences of a billion of the faithful.

In prior articles in this series (archive here), I’ve made it clear that COVID vaccines have, in fact, relied on a fetal-tissue cell line, HEK 293, for testing, and the cell line was originally obtained via an abortion.

Moreover, the evidence points to an abortion in which the infant was delivered from her mother’s womb, alive, and then was killed by a doctor removing her kidneys for fetal tissue. Infanticide. Murder.

Does it matter whether the abortion and the murder were committed yesterday, or in a room in a hospital in the Netherlands, in 1972? Are a billion Catholics willing to say, “It was so long ago, it doesn’t have meaning anymore”?

Is that a reasonable position of Faith?

My understanding is this: Catholics believe Jesus commanded the founding of His Church, which is their Church. Does that count now? Is it wrong to contemplate what He would advise? As opposed, for example, to what Anthony Fauci would advise?

I also understand the Pope, in telling Catholics to take the vaccine, was not claiming to speak from a position of infallibility. Doesn’t that leave the door open to the consciences of the billion members of the Church?

Is it archaic to speak about conscience? Is religious membership really an elaborate charade, a social stage play?

Suppose a high member of the Vatican said to the world: “There are many medical experiments that are used to develop and test vaccines and drugs. In these experiments, which have been performed for a hundred years, doctors remove an infant from his mother’s womb, ALIVE, and then take his kidneys or make a hole in his skull and vacuum out his brain, or cut out his heart. These killings are very real. Those of our faith should think deeply about whether they want to receive the medicines and vaccines associated with these murders…”

Suppose this esteemed member of the Vatican made this announcement, replete with details, every day for a month?

Suppose this esteemed priest decided to keep making the announcement until sufficient members of the congregation, worldwide, stepped forward, visibly, and made their voices heard and refused the vaccine?

As some people are reading this, they will answer, “This esteemed priest would be murdered.”

Don’t the sacred vows of a priest go beyond loyalty to this world? Isn’t his conviction to his faith a thing larger than his life on Earth?

Would you expect or want a priest, who serves as a pipeline to God for his congregation, to be a materialist, a person inextricably bound to his comforts and duties here?

If by joining the Church as a member, a person comes closer to God, is he asked to pay no price for that gift? Is he asked to incur no risk in his life?

The Church is, in fact, founded on matters of life and death. That is where faith encounters a reckoning. And this is true of all religions.

But at their most profound pinnacle of teaching, where “the outer garments” are cut away, religions guide the individual soul to come to his own decision about what his faith means, and how far he will go in standing with it.

One person, a billion people.

The Power is always there.

One step across the threshold.

George Fox, the fiery 17th century preacher who founded the Quakers movement in England, traveled the countryside exhorting thousands of people to find Christ and God for themselves: “Why should any man have power over any other man’s faith, seeing [that] Christ Himself is the author of it?”

At the time, there were laws forbidding “unauthorized worship.” Fox constantly broke them. He was frequently arrested—at least twice for blasphemy, and on one of those occasions it was suggested he should be sentenced to death. Parliament intervened on his behalf.

He performed many healings and wrote a book listing and describing them. The book disappeared, and no copies ever surfaced.

Thinking about George Fox and his courage as background and example…

Now, in 2021, should believers grasp a destiny that outdistances the fear of being banned from Facebook; being “attacked” online for expressing an opinion about an election audit; being fired from a job; being “canceled” for telling a joke?

Has the need for security and comfort expanded to such a degree that people of faith are willing to abandon their beliefs on a moment’s notice?

If today you picked a few thousand people of faith and sent them back to the time of Moses, to live as Egyptians under the Pharaoh; it’s quite possible that when God loosed the 10 plagues against them—“water turning to blood, frogs, lice, flies, livestock pestilence, boils, hail, locusts, darkness and the killing of firstborn children”; the Pharaoh would simply say: “The only adverse effects are minor pain and swelling at the injection site and transient fatigue”; and these people would believe him.

How much faith is required in order to open one’s eyes?

And having opened them, to have a voice and make that voice heard?

And to endure against the consequences, because faith is not ultimately invested in material things?

Book of Revelation: “And in the midst of the seven candlesticks one like unto the Son of man, clothed with a garment down to the foot, and girt about the paps with a golden girdle. His head and his hairs were white like wool, as white as snow; and his eyes were as a flame of fire; And his feet like unto fine brass, as if they burned in a furnace; and his voice as the sound of many waters. And he had in his right hand seven stars: and out of his mouth went a sharp twoedged sword: and his countenance was as the sun shineth in his strength. And when I saw him, I fell at his feet as dead. And he laid his right hand upon me, saying unto me, Fear not; I am the first and the last: I am he that liveth, and was dead; and, behold, I am alive for evermore, Amen; and have the keys of hell and of death. Write the things which thou hast seen, and the things which are, and the things which shall be hereafter; The mystery of the seven stars which thou sawest in my right hand, and the seven golden candlesticks…”

What will they do now?

Will they sit still, or will they rise up and take action?

(TLB) published this original article from the blog of Jon Rappoport with our appreciation for his contribution to raise health and freedom awareness.

Jon Rappoport is the author of three explosive collections, THE MATRIX REVEALED, EXIT FROM THE MATRIX, and POWER OUTSIDE THE MATRIX, Jon was a candidate for a US Congressional seat in the 29th District of California. He maintains a consulting practice for private clients, the purpose of which is the expansion of personal creative power. Nominated for a Pulitzer Prize, he has worked as an investigative reporter for 30 years, writing articles on politics, medicine, and health for CBS Healthwatch, LA Weekly, Spin Magazine, Stern, and other newspapers and magazines in the US and Europe. Jon has delivered lectures and seminars on global politics, health, logic, and creative power to audiences around the world. You can sign up for his free NoMoreFakeNews emails here or his free OutsideTheRealityMachine emails here. 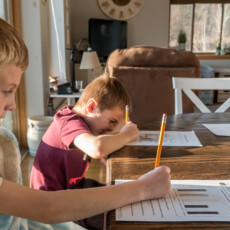 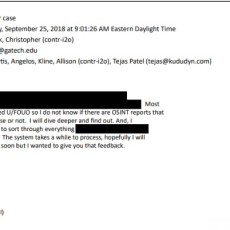 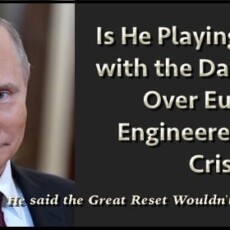