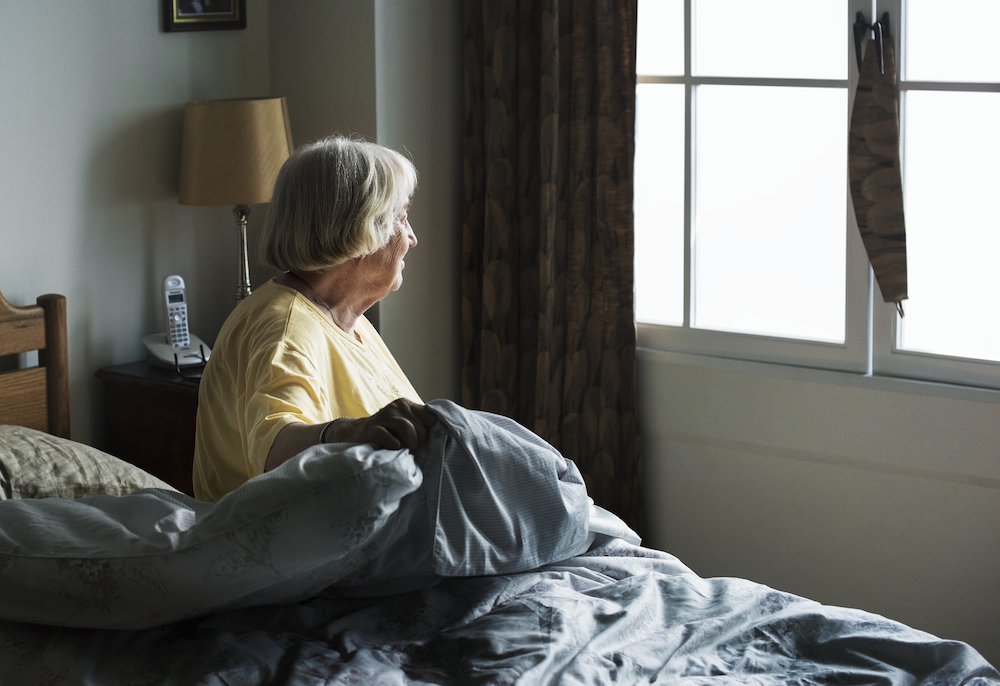 An elderly woman who had experienced strict confinement and isolation in a Toronto nursing home under a previous COVID lockdown has narrowly avoided reliving that experience, although at a horrible cost. Toronto went into Ontario’s most restrictive “grey” tier on Monday, including a near-complete ban on social gatherings. Unlike many others in North America who have packed up their belongings and relocated to less restrictive areas during the COVID-19 outbreak, however, her “escape” from lockdown came tragically at the cost of her own life.

Canada’s “Medical Aid in Dying,” or MAiD, law allows people without a terminal illness to achieve assisted suicide, provided they have a “grievous and irremediable medical condition,” which includes being in “an advanced state of decline that cannot be reversed.” Ninety-year-old Nancy Russell had already been planning to use the MAiD law “at some point,” according to her daughter, Tory. But having experienced full lockdown of her nursing home, including a two-week confinement of residents to their rooms, followed by bans or tight restrictions on visitors that made socialization impersonal, she knew what was coming with this second round of lockdowns and didn’t want to live through it.

Russell’s family told CTV News that even though she was communicating with them by phone and quickly got up to speed on how to use Zoom, they saw the otherwise “sharp” woman begin to “droop.”

“Contact with people … was like food to her, it was like oxygen,” Tory told the outlet, saying her mother was tired around the clock due to a lack of stimulation. According to the family, Russell had predicted these harsh restrictions would “continue into 2021.” She didn’t want “to endure winter and lockdowns,” particularly an additional “two-week confinement into her room.” So she had a state-authorized technician help her kill herself instead.

Russell’s death comes at a time of increased loneliness and isolation for residents of senior care homes amid repeated lockdowns and isolation in the name of protecting them. As Dr. Samir Sinha, a geriatric specialist at Mount Sinai Hospital, told CTV News, social restrictions can be “an incredibly isolating, lonely, depressing experience.”

Sinha went on to explain what everybody knows instinctively yet many government officials have been complicit in allowing:

When you can’t look forward to getting out of your room, to having meals or doing activities with others, to even seeing your own families and loved ones, you can imagine for a person in the last few years of their life where these are the basic things that actually bring them joy and really defined what they would call their own quality of life, when you actually deprive a human being of these things … that can have significant psychological consequences that can really give people no real will to live anymore.

The first doctor Russell applied to under the MAiD law turned down her request, saying, Tory reports, that she had “too much to live for.” Her condition continued to worsen, however, even as she braced herself for the winter. The second doctor granted her request for suicide after “more concrete medical health” issues developed.

Russell isn’t the first elderly person to choose to end her own life in the shadow of loneliness and despondence, nor, in all likelihood, will she be the last. Several weeks ago, a 95-year-old woman in Florida decided to stop eating and die because she didn’t want “to live this way anymore.”

As this woman’s daughter, Nan Thomas, told the Miami Herald, “Sometimes she’d say something like: ‘I just don’t understand. Why are they doing this to us?’” Thomas said the family kept hoping “they were going to open the doors and I would be able to bring her to my house again, and we’d go out to eat, get her strong.”

Thomas blames Florida Gov. Ron DeSantis for her mother’s “quick decline” and death, since he let nursing homes continue to isolate their residents even as the rest of the state began opening up. “My mother died from long-term isolation,” she wrote in a letter to the Herald.

Shirley Turton, a 78-year-old Canadian woman in a similar situation, asked to have an assisted suicide in August. Turton’s daughter, Jennifer Turton-Molgat, said her wheelchair-bound mother used to be “so confident about her life. But that’s gone now. That has been snuffed. She’s lost all hope. She’s going downhill.”

Turton-Molgat said visiting her care home felt like visiting a prison, as visitation occurred through a window or wrought iron fence and 20 feet away. Video calls with an iPad were difficult because her mother couldn’t hold it up. Turton-Molgat didn’t feel these kinds of visits were “appropriate or helpful,” she told InfoNews.ca. Residents like her mother “just need to be close to people and have the proximity of their family members.”

Dr. Susan Woolhouse, a member of the Canadian Association of MAiD Assessors and Providers, told CTV News that the lockdowns are “accelerating” requests for assisted suicide. Executive Director of the Euthanasia Prevention Coalition Alex Schadenberg reports that more than 6,000 assisted deaths were reported in Ontario from mid-June 2016 through October 2020, and nearly a third of those deaths (1,948) were in 2020 alone, “representing 1,127 in the first six months of 2020 and 821 in the last four months.” That puts the average at more than 200 assisted suicide deaths a month in Ontario alone.

Lockdown Is Robbing the Elderly of Life’s Joys

It is, of course, undeniable that the vast majority of COVID-19 deaths are among the elderly. In Ontario, 2,234 long-term care residents have died of COVID-19 to date, almost two-thirds of their total coronavirus deaths (3,519). While Toronto and other parts of North America go into lockdown this holiday season, however, we would do well to reflect on the toll isolation takes on the elderly.

For those who are old and frail, socialization with friends and family is one of the few joys that remain. They often can’t lead an active lifestyle, they usually don’t have a job, and there’s only so much TV and reading that can fill the hours in a relatively satisfying way. Even those who don’t consider assisted suicide are acutely suffering.

FaceTime and Zoom calls are far better than no communication at all, but they cannot replace rocking grandbabies, playing peekaboo with toddlers, or showing a son or daughter how to move a pie crust without breaking it. While COVID-19 can be dangerous to the old and frail, those who are so concerned about protecting the elderly shouldn’t reduce “protection” to a negative COVID-19 test and a pulse, lest they quash what makes life worth living.

Instead of viewing assisted suicide as a tragic but inevitable consequence of “protection” from a virus, we should heed the voices of those most deeply affected by lockdowns and restore their right to decide how they want to spend their few remaining years, despite the risk. 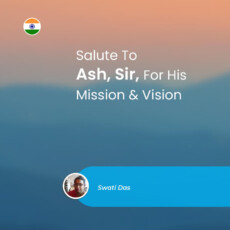 Salute To Ash, Sir, For His Mission &Vision