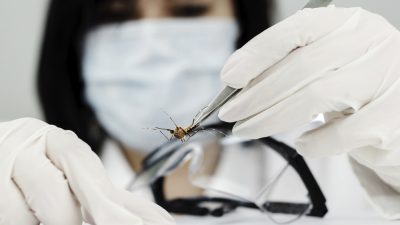 The Florida Keys Mosquito Control District (FKMCD) yesterday approved the first-ever U.S. release of genetically engineered mosquitoes. Despite public outcry and scientific dispute over the human health and environment risks posed by this field trial, the approval permits the release of 750 million GE mosquitoes over a two-year period in Monroe County, Florida, which may begin in 2021.

Florida Keys Mosquito Control Board members have received more than 2,000 comments from Florida residents opposing the release of GE mosquitoes. Despite encouragement from the public, the Board members also rejected the proposal for a referendum on November’s ballot, which would have asked Monroe County residents to vote on whether to accept or reject the GE mosquito trial. In 2016, voters in the proposed release site in Key Haven, Florida, voted to reject the GE mosquito trial.

Neither the FKMCD nor Oxitec has publicly announced where or when the releases will occur. Documents submitted by Oxitec did not include details about an environmental impact statement (EIS).

“With all the urgent crises facing our nation and the State of Florida — the Covid-19 pandemic, racial injustice, climate change — the administration has used tax dollars and government resources for a Jurassic Park experiment. Now the Monroe County Mosquito Control District has given the final permission needed. What could possibly go wrong? We don’t know, because EPA unlawfully refused to seriously analyze environmental risks, now without further review of the risks, the experiment can proceed,” said Jaydee Hanson, Policy Director for the International Center for Technology Assessment and Center for Food Safety.

“The Mosquito Control Board has an obligation to our community, not a vendor that’s products are risky and untrustworthy. FKMCD wants to proceed with an experiment that may be damaging to public and environmental health and our local economy,” said Barry Wray, Executive Director of the Florida Keys Environmental Coalition. “We need true solutions to benefit our community and ecosystems.”

At Tuesday’s meeting, community members and national organizations critiqued Oxitec’s application for failing to address important environmental risks and potential negative health impacts. Community members asked the FKMCD to reject the field trial application, pointing out the lack of data demonstrating that Oxitec’s mosquitoes will be safe and effective, the likelihood that biting females will be released, thus putting humans and animals at risk, and the lack of free and prior informed consent of people living in the area.

“The release of genetically engineered mosquitoes will needlessly put Floridians, the environment and endangered species at risk in the midst of a pandemic,” said Dana Perls, food and technology Program Manager at Friends of the Earth. “This approval is about maximizing Oxitec’s profits, not about the pressing need to address mosquito-borne diseases.”

“The Mosquito Control Board is not equipped to manage this process. Why have they not acquired the appropriate amount of insurance as well as performance and maintenance bonds?” said Ed Russo, President, Florida Keys Environmental Coalition. “Their evasive answers and lack of management skills are an indictment of their unprofessionalism and arrogance which speaks loudly of an unprepared regulatory process.”

As highlighted by a public panel of experts speaking on the topic, GE mosquitoes could pose significant threats to sensitive ecosystems in the Florida Keys. A recent field study in Brazil by researchers from the Powell lab at Yale University confirmed that the mosquito’s engineered genes had spread into wild populations of mosquitoes. Recently a group of scholars from the University of Illinois at Urbana-Champaign questioned proceeding with this experiment on scientific and ethical concerns. 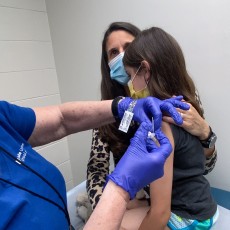 Why is Belgium Closing Nuclear Power Plants in the Midst of an Energy Crisis? 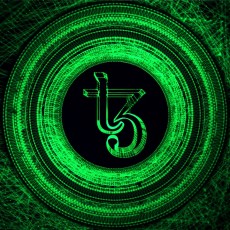