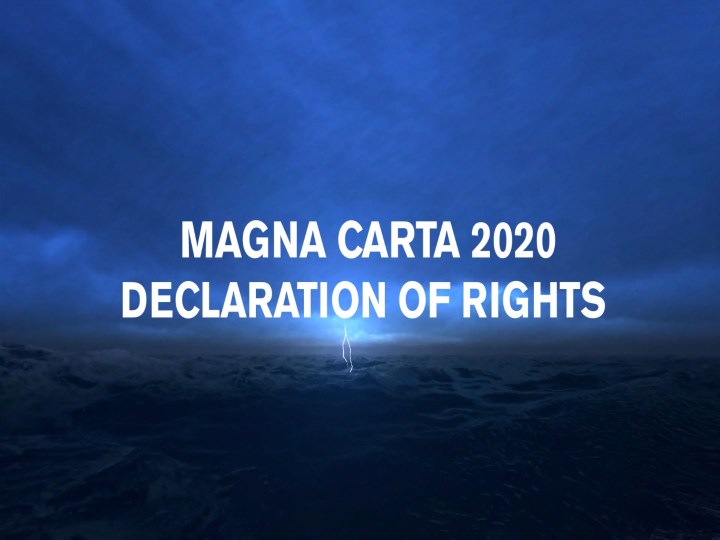 Last Saturday, having been asked a series of constitutional questions, a Common Law Grand Jury unanimously agreed that both Parliament and the government nullified all claims to legitimacy, by breaching articles 1 and 2 of the declaration of Rights 1688 and the Bill of Rights 1689.

Magna Carta 2020 – Declaration of Rights was then signed by twenty two Britons, in front of 22 witnesses, on the 22nd day of August 2020, by and for the People of Britain, for the singular purpose of restoring the rights, freedoms and protections guaranteed by the Common Law.

A video of the new charter for the 21st century was released  on social media at the weekend. The video has now had more than 21,000 views and 2,200 shares from my Facebook page alone, since last Saturday evening. It has also had almost 6,400 views on YouTube since it was released on Sunday, despite long term shadow-banning of my content.

Whilst the vast majority of the comments have been extremely positive, there are certain questions which have already arisen more than once, so I will endeavour to address them below.

MC2020 is nothing but a comprehensive declaration of the birthrights guaranteed by the Common Law, which needs to be properly understood to be applied correctly in the dystopian world we currently find ourselves in.

That is why the essence of MC2020 can be summarised thus;

We are all born sovereign, with unalienable birthrights, and we are free to live life the way we choose, provided we don’t cause harm, injury, damage or loss to another.

In other words, MC2020 does not seek to replace the Common Law, it restores, reaffirms and replenishes it, at the very moment we need it most.

No, for the simple reason that MC1215 was replaced in 1216 by the Charter of Liberties:

“The Charter differed from that of 1215 in only having 42 as compared to 61 clauses; most notably the infamous article 61 of the Runnymede Charter was removed.”

3. Why do I reject ‘Lawful Rebellion under Article 61’ as an impossibility under the Common Law?

Because the Charter of Liberties replaced MC1215, which was held to be invalid in any event, on the ground that it was sealed by king John at knife-point, which rendered it unenforceable.

Because Article 61 was excluded from the charter, on the basis that the barons who drafted it realised that it was an impossibility to rebel lawfully and no monarch would voluntarily agree to those terms.

Because rebellion, even against blatant tyrannies and unjust laws, is never lawful, just as unjust laws are adjudged to be void by the Common Law.

The Common Law does, however, provide us with the lawful excuse to defend ourselves from all who seek to do us wrong, including a tyrannical government.

4. What is Lawful Excuse?

A lawful excuse arises under the Common Law, when somebody acts in good conscience in contravention of legislation.

In other words, if your conscience dictates that you cannot obey government dictates, the Common Law grants the lawful excuse to disobey them.

The signatories of MC2020 executed it under the protection of lawful excuse, having been compelled by conscience to take action to restore the Common Law and preserve freedom in our homelands.

Everybody who refuses to comply with COVID-1984 edicts because their conscience dictates that they must, is acting under the protection of lawful excuse, as per the seminal Common Law case called Chamberlain v Lindon [1998].

This argument can be used in defence to all alleged breaches of the COVID-1984 restrictions, provided the alleged offender does so genuinely believing that such actions are what all reasonable people would undertake in such circumstances.

5. Why are the Bill of Rights 1689 and the other constitutional documents insufficient for the 21st century?

Because all of the articles in all of those constitutional documents have been breached by successive Parliaments.

Because the right to bear arms prescribed by the 1689 bill technically only applies to protestants, to the prejudice of those of all other religions.

Because, not since the Molmutine laws, has the Common Law on these shores been expressed in such a way that prevented tyranny, corruption and mass murder by government from arising.

It is this lack of expression which MC2020 seeks to redress, so that everybody fully comprehends the rights, freedoms and protections guaranteed by the Common Law, no matter what circumstances befall us.

6. Why has Parliament forfeited its legitimacy?

In passing section 38 of the EU Withdrawal [Agreement] Act 2020 into lawlessness, Parliament implicitly deposed QEII by acknowledging itself as being ‘sovereign’.

The Common Law classifies this as a treason felony, since it effectively removes the royal prerogatives that enable the monarch to refuse assent to unlawful acts and to dissolve a tyrannous Parliament as the acknowledged sovereign.

However, Parliament has always consisted of the commons, the lords and the sovereign monarch, in a tripartite constitutional system of lawmaking, constituted to uphold the Common Law. This Parliament has dishonestly cast those long-established conventions aside without the consent of the People.

The effect of this at law is to render void every act of this Parliament, for leaving the People subject to a totalitarian government, which it has subsequently made unaccountable at the ballot box, by way of the unenforceable Coronavirus Act 2020.

This suspension of democratic accountability alone renders the government de facto in nature. Every action it has taken since 31/01/2020 has been ultra vires [without jurisdiction] under the Common Law.

In so doing, Parliament has fatally breached articles 1 and 2 of the Bill of Rights 1688, which means that it automatically forfeited its supreme legislative authority to make and enforce statutes given the force of law.

Therefore, in the absence of a legitimate monarch, commons and lords, the Common Law dictates that sovereignty reverts back to the People from the deposed monarch.

As soon as the final draft has been approved by all the jurors, the Grand Jury will issue a public declaration regarding the application of MC2020 on these shores.

That declaration will also open up MC2020 for additional signatories, who will sign in front of witnesses in due course.

Common Law courts will then be set up in each constituency and proceedings will begin to indict the accused for multiple acts of fraud, treason and genocide. 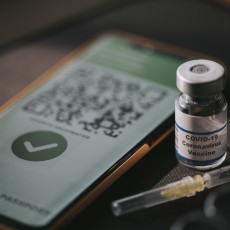 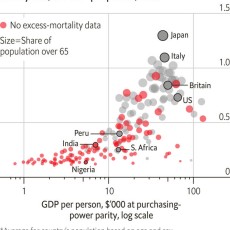