For years, we’ve seen how this corruption manifested itself, and our press have simply lied about it.

The energy company Burisma paid Hunter Biden, a useless drug addict and sexual degenerate, hundreds of thousands of dollars for a do-nothing job on its board, all while his father was in charge of the Obama administration’s relationship with Ukraine. This was a bribe. It was obviously a bribe. Anybody in the press telling you otherwise is lying to you, and flagrantly so. Hunter Biden got bribed by Ukrainian oligarchs. What he got bribed for might be up for debate. But not the bribe itself.

But now we’re starting to understand what Ukraine might have been paying for. According to emails on Hunter Biden’s laptop, which even the liars inside the regime media have now confirmed to be true, Hunter Biden helped secure millions of dollars in investments for the U.S. defense contractor Metabiota. Metabiota’s stated specialty is in fighting “epidemics” like the one we just went through. Of course, studying viral “epidemics” is almost indistinguishable from bioweapons research. Biden’s “investment” firm, Rosemont Seneca Partners, invested millions of dollars into Metabiota just as its presence in Ukraine was increasing. Hunter Biden had a direct financial stake in Metabiota right when the U.S. Defense Department was pumping millions of dollars in contracts into another defense contractor, Black and Veatch.

In 2014, Metabiota’s vice president Mary Guttieri wrote a bizarre memo to Hunter describing how the company could help to, quote, “assert Ukraine’s cultural and economic independence from Russia.”

Rosemont Seneca Partners, by the way, is the same firm that got $1.5 billion in investments from the Chinese government. But the bizarre connections don’t stop there. Metabiota has been an official partner with EcoHealth Alliance since 2014. EcoHealth Alliance is the “non-profit” that funneled U.S. government money to the Wuhan Institute of Virology bioweapons lab in the years before the Covid-19 outbreak.

There’s connections everywhere, which means we have to ask ourselves: Are we really fighting a $40 billion war in Ukraine, risking World War 3 and destroying our economy, to protect American interests?

David Pyne is a  Former US Army HQ Staff Officer; Published National Security Strategist & Military Historian, and an expert on Russia and nuclear war and he joins us now. David, we there because the Biden crime family needs to cover up everything it’s done for the past decade, and it’s willing to risk the entire planet to do it, amirite? 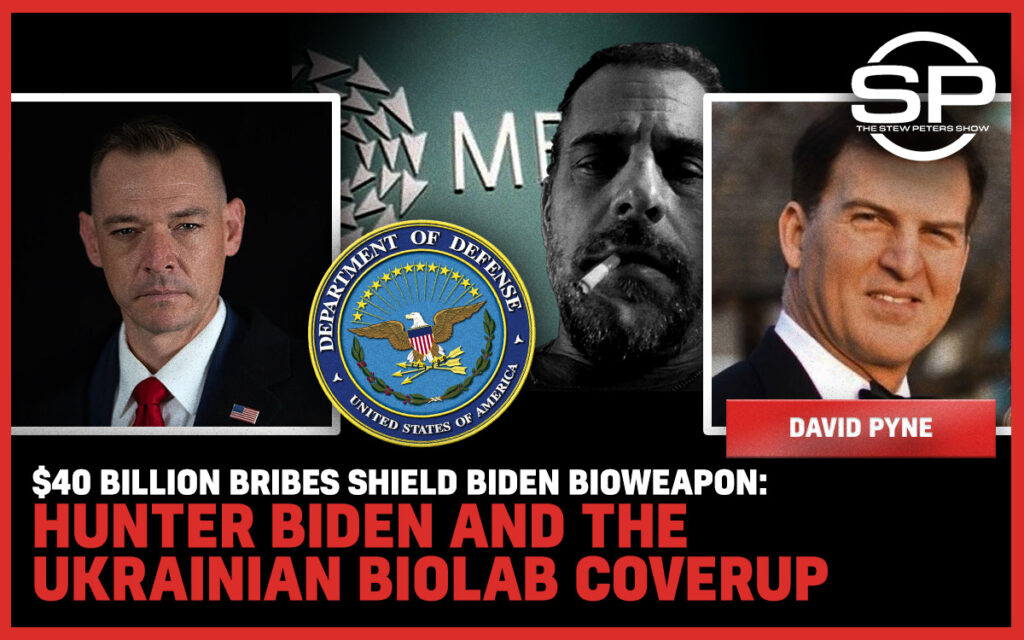 ANR Founder Interviews an Australian Who Was Offered by a hospital,$9000 To Agree To List His Wife Dying of Cancer as a C0VID Death 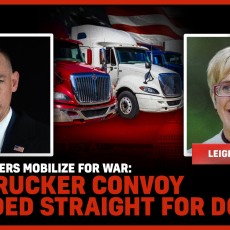 US Truckers Mobilize for War: US Trucker Convoy Headed Straight for DC