A young boy from Honduras became the second illegal migrant minor to die of respiratory failure within a span of two days after crossing the United States-Mexico border.

According to U.S. Customs and Border Protection: On Nov. 21, 2021, at 1:53 p.m., a Supervisory Border Patrol Agent encountered a group of twelve migrants approximately one mile south of La Joya, Texas. The migrants were walking along an unimproved roadway and turned themselves in to the SBPA. Upon initial contact with the SBPA, one of the female migrants immediately requested medical assistance for her son, a four-year-old male citizen of Honduras. The woman, also traveling with her five-year-old son, told the SBPA that her four-year-old son was sick and having difficulty breathing. The SBPA, a certified Emergency Medical Technician, assessed the child who was handed to him by the mother.

The SBPA observed the child did not appear to have a fever, but noticed the boy having difficulty breathing. The SBPA asked the mother how long her son had been sick, and the mother replied he had been sick for a couple of weeks and had a history of renal failure. Utilizing a stethoscope to listen to the boy’s breathing, the SBPA could hear crackling and wheezing, and noted he could have fluid in his lungs and possibly have pneumonia.

The SBPA called for assistance to transport the group from the remote area to a nearby park where he could safely conduct a full assessment of the boy’s medical condition. Another Border Patrol agent met with the SBPA and assisted with transporting the group of migrants to the park. Upon arrival at the park, the SBPA conducted a further medical assessment. The boy exhibited signs of respiratory distress and was going in and out of consciousness. At approximately 2:28 p.m., the SBPA requested Emergency Medical Services for the boy. Additionally, the SBPA requested a paramedic-certified Border Patrol agent respond to the scene as they would be authorized to administer medicines to the boy if needed. The SBPA began to administer oxygen to the boy via a mask while awaiting further assistance. The oxygen had an immediate effect and the boy’s condition improved.

Within several minutes of administering the oxygen, the Border Patrol agent-Paramedic arrived to assist. The Border Patrol agent-Paramedic immediately administered liquid albuterol via a nebulizer to the boy to relax and open the air passages to the lungs to make breathing easier. Within four to five minutes of receiving the medication, the boy became alert and showed signs of improvement. The boy began to talk to his mother and asked for food and water. The agents continued to monitor and care for the boy while awaiting EMS arrival.

Approximately twenty minutes after the 911 call, Med Care EMS arrived and took over medical care. At approximately 3:08 p.m., EMS transported the boy, along with his mother and sibling to the Rio Grande Regional Hospital in McAllen, Texas, arriving at approximately 3:29 p.m..

On Nov. 23, 2021, a forensic pathologist performed an autopsy on the child. The preliminary findings indicate the cause of death was pneumonia and acute respiratory failure and the manner of death was natural. The Hidalgo County Medical Examiner’s Office and the U.S. Customs and Border Protection. 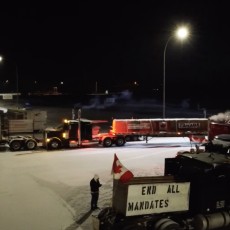 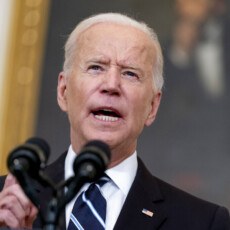 Dear Joe Biden: Who the Hell Do You Think You’re Talking To? 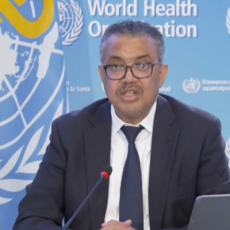